At first glance, you’ll think Alto’s Adventure is a simple game. The premise is simple enough–you have to capture your escaped pets (this time, it’s llamas) using only a snowboard. Our hero, or heroine, might be a farmer. But to have a snowboard, he’d have to live in an elevated area, somewhere where there’s heavy snowfall all year long–but that’s moving away from the point.

In simpler terms, Alto’s Adventure is an endless snowboarding game. There’s no conclusion in sight for this game, and to those interested, it might be a game that will take forever to finish. The small quests to finish is a nice touch; it makes players keep coming back for another round. What’s more, its artistic visual style is inviting enough that will make you enjoy the whole gaming experience.

Though it is undoubtedly exciting, you’ll find it boring soon enough if you play it too much. With that said, here are seven flavor breakers with visually appealing graphics that might give you wholesome entertainment away from the endless snow-covered hills and runaway llamas:

Developed by Nomanda Studio, Gris is done in almost the same fashion as Alto’s Adventure, although there’s a big difference in the story. You play as the nameless female protagonist named Gris, whose main goal is to run through the game.

You’ll discover a lot of different structures here. However, the real gem is how painstakingly detailed the developers have made the background. Of course, things like developing and gaining abilities by gathering different lights are present, but you’ll be captivated by the amount of art in this game.

This game is another Rovio masterpiece that proves that–while it looks like they’re intent on milking their main product, Angry Birds–they are still churning out games that have the potential to become hits. Join the Angry Birds that you’ve come to love in another new adventure.

This entry from the infamous Five Nights at Freddy’s franchise is welcomed for bringing the horror somewhere unlikely–in the relative safety of a boy’s home. It is unlike Alto’s Adventure in that it doesn’t have fantasy aesthetics, but is fun in its own way, which can be similar to how Alto’s Adventure brings joy to players. What’s more, it’s unique and horrifying visuals will surely give you a good scare, if not a bad nightmare.

Five Nights at Freddy’s 4 lets you survive nights away from the infamous pizzeria and from its punishing security cameras. You play a young man here, who finds that the real horrors are in the shadows that bump in the night at his own home. From there, you must survive as horror appears to have come home. Come to think of it, it’s a game that fits right into Halloween.

If you’re thinking that Alto’s Adventure is all about running and jumping to avoid obstacles, then Happy Hop: Kawaii Jump fits right in. It definitely has its own art genre, too–the Kawaii culture is well-alive and kicking in this game.

Platonic Games puts a big premium on the culture simply because it can elicit happy feelings in anyone who sees it. Furthermore, the game itself is an exercise in skill, letting players survive various challenges while keeping their ‘Miimos’ safe. Moreover, these creatures are ‘narwhals,’ which can also dress up to look like pop culture tropes like Pokemon.

This game takes the Talking Tom game and decks it in a skin where the feline cuties are featured racing each other for coins. It’s a different treatment for sure and builds upon the success of the first game.

How is it made kid-friendly? In Talking Tom Jetski 2, there’s no time trials or high scores to beat. Instead, you and your friends race each other and see who’s the fastest among you. There are still challenges spread throughout the course, but these obstacles will simply slow you down. In this sense, it becomes more like Alto’s Adventure, where you play to get relaxed.

Every 90s kid’s dream date makes her debut in this endless temple runner. In Lara Croft: Relic Run, the titular character makes her ultimate run, dodging dangerous traps and shooting obstacles out of the way as she makes her way to getting elusive temple treasures.

In comparison to Alto’s Adventure, there is a lot more to do in Relic Run, thanks to Croft’s versatility. She doesn’t only dodge traps–she has to defend herself against strange creatures in pursuit of relics hidden deep within dangerous temples.

In another return, this popular PS character makes his debut on an endless runner. Rayman Adventures is a sidescroller that feels just like its predecessors. Aside from that, there are also 200 levels to solve in this running side-scroller, each with their own unique challenges and enemies.

If you want a different twist, you can choose from Rayman’s friends. Barbara and Globox are playable, as well as 52 other characters. The caveat here is that you need to unlock them before you use them. In comparison to Alto’s Adventure, this game is definitely worth a run-through.

Alto’s Adventure is only one of many games that have been created by people with an eye for art and a desire for simplicity. It’s not necessarily a bad thing. But if this is the trend with upcoming games, then video games might enter into a renaissance. So, if you want to try these games out for yourselves, play it on a bigger screen through Games.lol. 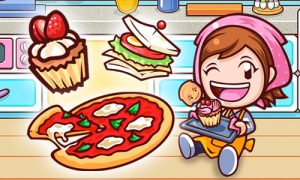 Do you love cooking games? Have you dreamed of becoming a great cook in the kitchen?
Posted on April 14, 2021 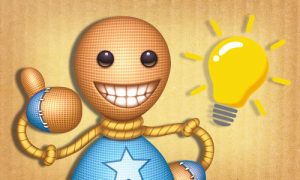 5 Tips to Get Started with Kick the Buddy

Video games are made to help us relax, alleviate stress, and keep us entertained when we are anxious. And so, there are different kinds of video games made for players who want to blow off their steam, one way or another.
Posted on April 20, 2021