League of Legends Wild Rift (LoL WR) has a comprehensive list of Champions that each possesses skills and abilities that can be an advantage to the team. The sheer number of Champions might leave newer players overwhelmed and have a hard time picking which Champion to use. Luckily, LoL WR has implemented a clever way of categorizing Champions according to specific Roles.

Roles help players determine how Champions are best played. Let us take a closer look at the main Champion Roles in LoL WR and what their strengths and weaknesses are.

Top or Baron Lane Champions are typically those who are designated as Fighters or Tanks who can manage a lane by themselves. Generally, Champions that are played in the Top Lane are decent to excellent when it comes to dueling the opposing laner. This includes Champions like Garen, Darius, Fiora, and Camille.

Garen and Darius are capable Fighters who can also be classified as Tanks since they can soak and deal damage pretty well. Meanwhile, Fiora and Camille fall more in the Fighters and Assassins classes since they are exceptional when it comes to taking out single targets.

Top Laners generally reach higher levels during matches first since they are typically by themselves in lane. This is essential since they need to farm to get Experience and Gold for their items. Once they get their necessary equipment, their role in the team is to initiate fights and be the frontline if they are Tanks. They may also single out high-priority Champions on the enemy team to thin out their ranks if they are using Fighters or Assassins.

Mid Laners can also be classified as Mages or Champions who can deal significant burst damage to targets. Typically, Mages are designated in the Mid Lane since this is the area in the map that is a crucial tactical point due to its ease of access for both teams. A Mid Laner’s job is similar to the Top Laner. And that is to get as much farm as possible so you can purchase powerful items that would significantly amplify damage output.

Popular Mid Lane Champions include Ahri, Orianna, Annie, and Lux. These Champions all have good AP burst damage on their respective kits. Getting them enough farm and experience in the Mid Lane also allows them to unlock their power to melt opposing Champions.

Marksmen are the standard long-ranged Champions in LoL WR. Their role in the team is to provide heavy sustained damage from a safe distance whenever clashes occur. Popular Marksmen include Ashe, Jhin, Jinx, and Ezreal. They are typically designated in the Bot Lane or Dragon Lane alongside the team’s Support.

Most Marksmen have abilities that allow them to steamroll on enemies. However, they are rather squishy and are often the main targets for opposing teams during clashes. But once Marksmen get their core items, all of them can mow down the opposing team so long as they can keep auto-attacking and use their abilities accordingly.

Support Champions are responsible for taking care of their team’s main damage. They also provide complementary crowd control abilities and map control. You can liken the Support Role to a utility belt or a swiss army knife. Their job is to provide the necessary assistance to give their team an advantage, as well as provide vision for the team by placing wards on vital areas in the map.

Popular Support Champions include Sona, Soraka, and Janna. These Champions’ role is to keep their Marksmen and teammates alive via heals and shields. They also have potent crowd control abilities such as silences and roots that are vital during clashes. Some Tank Champions like Braum, Alistar, and Blitzcrank can also be considered for the Support role because they can initiate team fights and provide ample crowd control.

Finally, we have the Junglers. Champions under the Jungler Role are responsible for roaming around the map and look for possible ganks against the opposing team’s laners. Moreover, they are in charge of securing high-level objectives such as Baron and Dragon with their Smite Summoner Spell.

Junglers can be Tanks such as Amumu, Jarvan IV, and Dr Mundo. They could also be hardy Fighters such as Olaf, Shyvanna, and Vi. Lastly, they could be stealthy Assassins like Evelynn, Master Yi, or Lee Sin. Tank Junglers are capable initiators who can soak damage and provide decent crowd control. Meanwhile, Fighter Junglers are good at picking off single targets and have decent clashing power.

Last but not the least, Assassins excel at chasing down and executing high priority Champions. Most of the time, Assassin Junglers can slip through the backline of enemy teams during clashes and pick off squishy Champions like Marksmen and Mages.

And that sums up the different Champion Roles in League of Legends Wild Rift. Pick the role that best suits your playstyle and dominate Summoner’s Rift! Furthermore, make sure your team has a balanced composition of roles to gain an advantage during clashes. 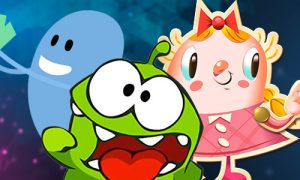 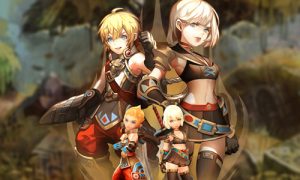 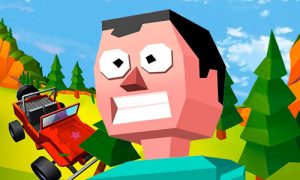 With a lot of driving and racing games online, there’s no wonder that you’ve encountered Faily Brakes in the scene. “Seriously?
Posted on June 5, 2021