Driven by ambition, greed, and power, Malair is not relenting on his supervillain research. He needs to form an invincible clan that can take over the whole of the monster world. It’s not enough that he possesses the power of many legendaries. He wants much more.

Locked up in his cave, he proceeds to formulate some research on how to further modify and strengthen a group of supervillains. He’s been through 35 of them already, and is slowing down rapidly due to no sleep (bah, who needs sleep?) Malair starts off with this little purple egg, which we find out, is about to hatch a Devastator.

He is the muscle man (can’t get more obvious than this!) in Malair’s team of supervillains! Like a hulk, once he sets his eyes on something, there is no stopping him from unleashing his wrath in the form of fists and slams! How do you breed a Devastator? Currently it’s unbreedable, and unknown. Does he even have a weakness? You’d be smart to ask: it’s Nature. Malair is all about the brains and brawn combination, so his Devastator is undoubtedly the one to champion brute strength.

It’s a pity she’s joined the dark side. She used to be a superhero but now with Malair’s control curse on her, she is a helpless puppet and putty in his greedy hands. Her superpower is that she can heal her compatriots in battle. She plays an excellent support role to the team. Her weakness is Light.

Hmmm, if only he had a cooler name that revealed less! Copycat’s superpower is that he can learn the power shown on the battlefield, and then mirror it, like a real copycat. First, he provokes the opponent like crazy, causing them to unleash their fury… and then he jumps into action by copying their now exposed powers! He’s got low health stats and low stats in general, but his frustration-inducing ways simply bring delight to Malair, because the more annoyed his opponents are; the better Copycat fares! His weakness is Earth.

Are you ready to take on this seemingly indestructible trio? Let us know how you fared!

Summon up the Monster Master in you and breed strong monsters to use them in fights against other players, to be the best Monster Master ever! You accumulate strong monsters by breeding different types of monsters that come from more powerful habitats/backgrounds. Chuck them into Breeding Mountain to see what turns up! If you’re lucky, you’d get a Rare, Epic… or if you’re really lucky, a Legendary. Some legendaries are unbreedable, though!

As Monster Master, you need to train your monsters (like a Pokemon trainer) so that they are the best in their special power! Breed them from egg to baby, to teen, and then to adult! Develop your designated plot of land, harvest, and farm on it. Strategize and create value for your buildings and plans… so that they can add value to your journey as a Monster Master. 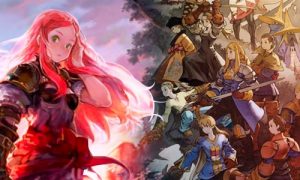 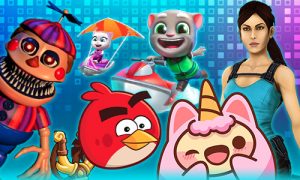 At first glance, you’ll think Alto’s Adventure is a simple game. The premise is simple enough–you have to capture your escaped pets (this time, it’s llamas) using only a snowboard.
Posted on September 8, 2020