The Pokemon games were one of the very first games that many people became hooked on, especially after it came out in the mobile gaming device Game Boy. The popularity of this game continues to this day, giving rise to countless versions, as well as other similar games trying to imitate it. If you want to know which game came close to mimicking the well-known classic, then look no further than Nexomon.

It’s a role-playing action game that is an excellent alternative to Pokemon RPG. You get to play the role of a Nexomon trainer, who is looking to catch all of the available Nexomon in the world and train them to become a Nexomon Master. But that’s not the only thing you need to do since you will also have to battle powerful foes and save the world from the Nexomon King.

But how good is Nexomon anyway? What makes this game an excellent alternative to Pokemon RPG? Let’s discuss all of these in this review of Nexomon here in this post. If you’re friends love playing the game, then, recommending this post will be a great thing to catch too!

Based on the game’s description, you can already see some of the similarities between Nexomon and Pokemon. In this section, let’s take a look more in-depth at the similarities that they have and how the games works  overall. This guide might also bring you to a conclusion of which game is the best match to play.

Nexomons and Pokemons can also be evolved into more powerful monsters. Both games also have legendary monsters that are strong and not that easy to find. You might even find that some monsters look alike, but there are unique looking monsters that you can spot in each game.

Being a Trainer and Tamer

Another similarity between Pokemon and Nexomon is your role in the game. In Pokemon, you are a trainer. Your mission is to find, catch, and train all the Pokemon that you can encounter. In Nexomon, you are a tamer, and your role is to find, capture, and tame all the available Nexomon in the game. Both games even involve you battling against the monsters and weakening them first before throwing a Pokeball or Nexotrap to catch the monsters. 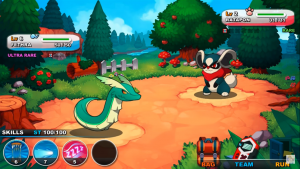 Another thing that is similar between Nexomon and Pokemon is their gameplay. The setups for both games are quite similar where there are towns and areas you can visit. There are also certain areas where Pokemons or Nexomons are available for you to battle and catch. Then, of course, there’s the battle part where it’s a turn-based system, and the goal is to deplete the opponent’s health.

Moreover, you can find some similarities with the story wherein you go on an adventure to build the most powerful Pokemon or Nexomon team and then use them to battle against evil and save the world.

The Differences Between Nexomon & Pokemon

Of course, not everything about Nexomon and Pokemon is the same. Both games also have differences, which makes them somewhat unique from each other. If you plan on playing Nexomon on your computer, it’s better to know the distinction of it with Pokemon for a better gameplay experience. For instance, some players even try to watch how the game works on Youtube to acquire and guarantee additional skills while playing the game. But in this case, we’re going to list down all of it for you. See more details below.

In Nexomon, humans and Nexomons didn’t have a good relationship at the start. Unlike the Pokemons, Nexomons were beings that just came out of the heaves and decided to conquer the world. So humans and Nexomons started as enemies, but throughout the battle, humans realized that they could tame and befriend Nexomons. Pretty soon, they used these Nexomons to defeat the Nexomon King Omnicron.

In Pokemon, the creatures are like animals in the world. So they have been on the Earth far longer than humans were. They also have a more harmonious relationship, with the humans causing more of the abuse that led to an artificial Pokemon on Mewtwo wanting to destroy humans. 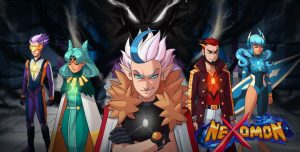 How Good of a Game is Nexomon

Looking at the similarities and differences of Nexomon with Pokemon RPG, how good of a game is Nexomon? Well if you’re a fan of the Pokemon game, then you will enjoy playing Nexomon because of their similarities. At the same time, you will also appreciate the differences that the game has to offer, making it a unique and original game.

There are some minor things that you have to deal with that you probably never dealt with Pokemon. These are the in-app purchases available in Nexomon, which is one of the ways to get Gold Nexotrap, the container that guarantees to capture a Nexomon. Trapping Nexomon can also be a challenge unless you are using the Gold Nexotrap. So, this can be a bit frustrating at times. Other than that, Nexomon is a great game to play. It will certainly bring back memories to when you first played Pokemon. Learn more about Nexomon here or play the game on PC. 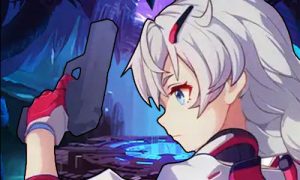 Honkai Impact 3 lets you collect many items, weapons, and armor that you can equip to your favorite Valkyries. One of those items is stigmata – symbols you can put on your Valkyrie to give them more stat bonuses and other skills.
Posted on November 8, 2020 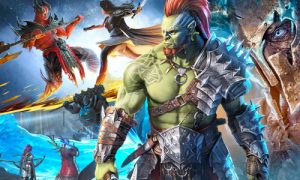 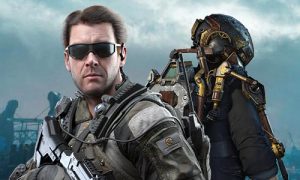 Winter War is coming to the shores of Call of Duty Mobile as Activation finally unloads the details of Season 13. Going live at 4 PM PT on December 21, 2020, is the season 13 update loaded with goodies and just in time for the holidays.
Posted on December 21, 2020