Night of the Full Moon is perhaps one of the most well-made free-to-play card battle games that not many people know of. Published by Giant Games, this alternate story of the Little Red Riding Hood has you venturing ancient castles, the dark and foggy woods, and beyond. This time around, the red riding hood doesn’t need a lumberjack to help her. Instead, she’s going out on her own to face the Big Bad Wolf and find out what happened to her grandmother.

Thanks to its gorgeous art style, brilliant musical scoring, top-notch voice acting, and captivating card system, Night of the Full Moon is a high-quality card game that feels underappreciated. 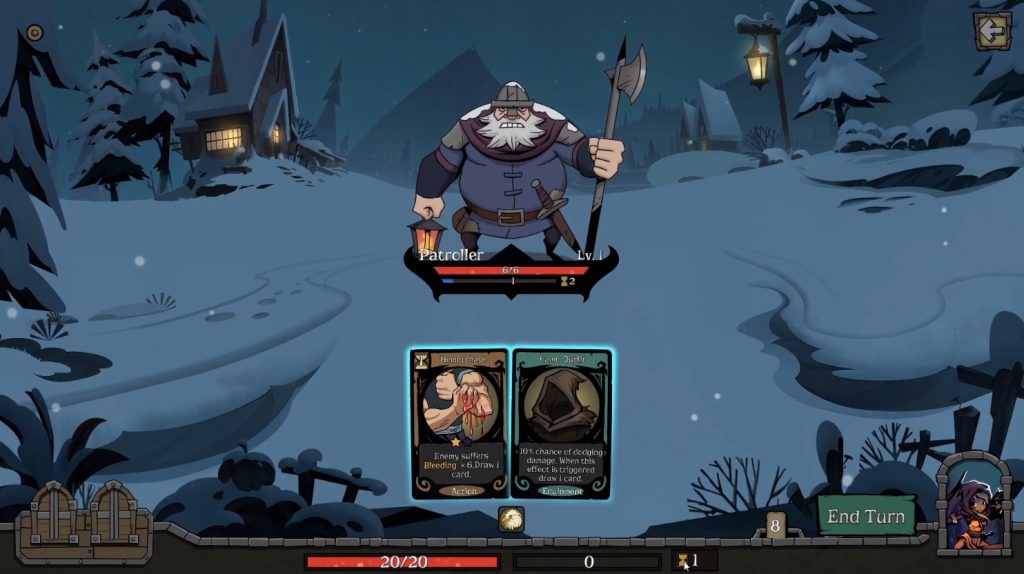 Once Upon a Time…

Night of the Full Moon is not your average fairytale story turned video game at all. It is a dark reiteration of the widely popular Little Red Riding Hood story. While its lore may have had various versions throughout history, Giant Games’ vision of the child and the wolf is very unique and feels very enticing.

This time around, as Red planned to go to her grandma’s house, she finds her missing in her own home. After meeting with another lost child known as the Little Carpenter, the unlikely dynamic duo set out on an adventure into hostile territory where men have never returned. The only way for Red to find her beloved grandma is to know the whereabouts of the Big Bad Wolf, who left a huge trace back in the elder’s house.

Their trek will lead them to places far and wide as the mountains go, but it is the only way for them to track down their target.

The way Night of the Full Moon works is through card battles. While it may not be a competitive form of a card system, it is quite similar to the likes of Slay the Spire and Legends of Runeterra. There are wide variations of cards with plentiful decks that you can earn and unlock through the stories and achievements. Although, you can also get quick progress if you pay for the game’s many microtransactions. Fortunately, these downloadable content are optional and are unnecessary to keep you progressing. Thus, it’s possible to finish the game while being free to play.

It’s a very simplified card game: you make your deck, stack up on your most powerful hands, and draw them against your enemy. Meanwhile, your enemy will also use cards that will try to deplete your health down to zero. Overall, there are bountiful strategies to mix and match here since your enemies vary from usual grunts to oversized wolves. Best of all, its system is easily digestible and simple enough for a newbie to understand. 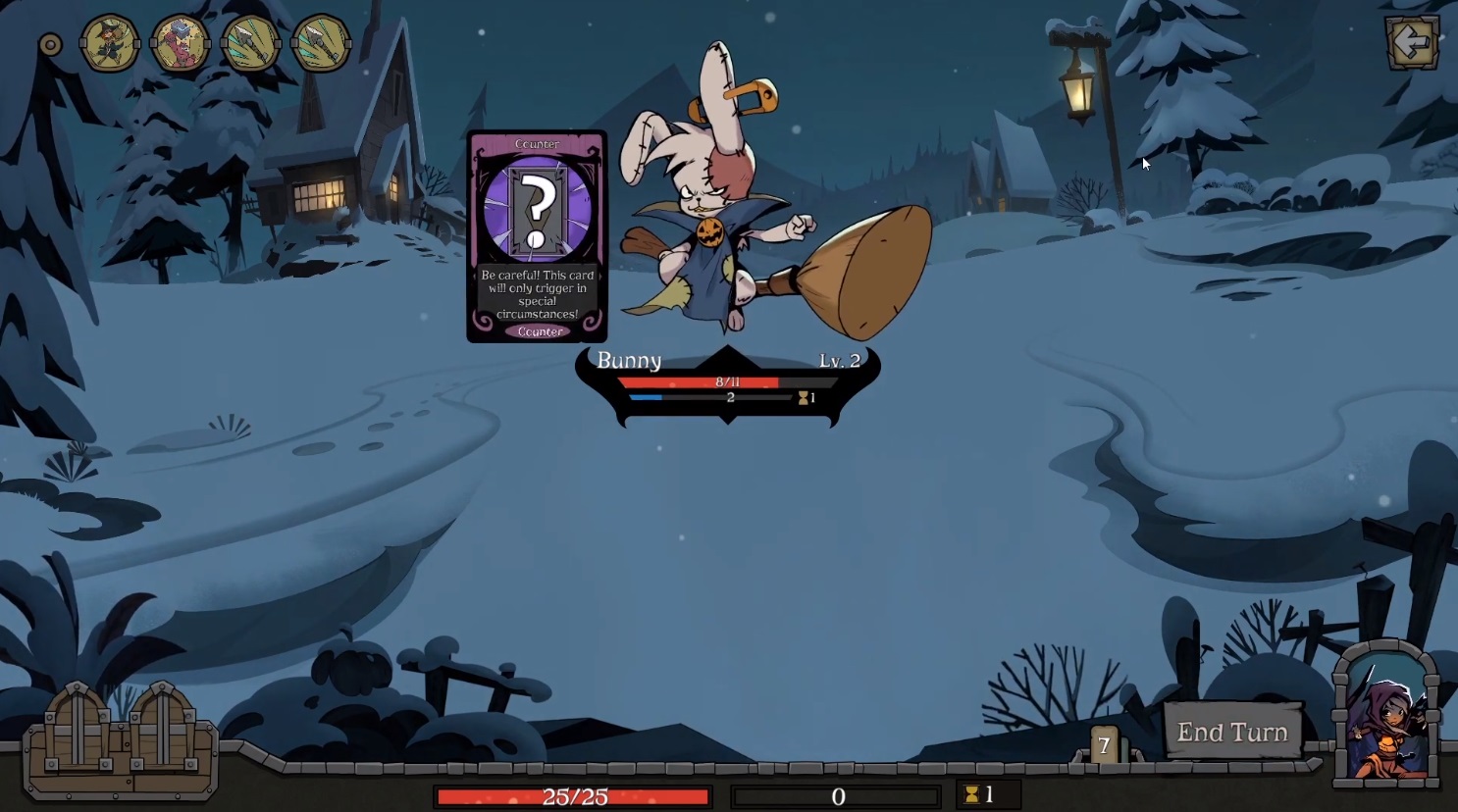 Undoubtedly, Night of the Full Moon gets plus points for its presentation for the eyes and ears. Its dark and sketchy theme is a reminder of some games with equally beautiful gothic styles such as Don’t Starve and Darkest Dungeon. However, this game sides more with a lighter-hearted tone. Yet, despite all this, plenty of segments in the game can be quite disturbing and unforgettable. Who knew that such a free-to-play game would have quite this much creativity.

Oh, and the music is amazing in every way too. If you come for the soundtrack alone, you’d be blown away by its selection of theme songs. Whether it’s exploring the deserted castle or facing the Big Bad Wolf himself, the musical scoring catches the mood and situation perfectly to wherever you go.

Additionally, the voice acting is top-notch as well. The narrator for the story immerses you into the uncertain and mysterious adventures of Red and the Carpenter. The voice actress for Red also does a good job at capturing the tone of her emotions as well, leaving you quite attached to the protagonist. It’s a good mix of classic fairytale storytelling and modern narration.

Since it is an F2P game, prepare for some grinds here and there. Of course, that means having to repeat boss battles, certain quests, and other parts just to upgrade your cards or even unlock new characters. While this may be nothing new to F2Players, new players may find this a bit too taxing. Fortunately, you will not grind as much compared to most gacha games.

Mixing all the great elements of a good strategic card game, a unique art style, rich music, and high replayability, Night of the Full Moon is definitely an adventure game worth playing whether you are into cards or not. The sheer number of unlockable content while remaining free to play is something you don’t see every day in an F2P game. But for this one, you get handsomely rewarded just for showing support through game progression.

Play Night of the Full Moon for free on the PC. 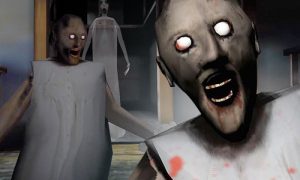 Granny Game : Is This Arcade Horror Play Still Popular in 2020?

Granny is an arcade horror game that was published by DVloper in November 2017. Though the game doesn’t good graphics, it didn’t hinder it from being the most popular horror games.
Posted on November 1, 2020 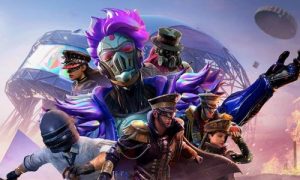 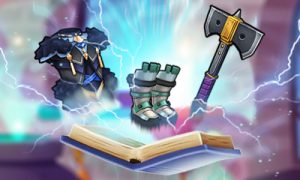 Shop Titans Update – What Are The Latest Features Available

Shop Titans: Epic Idle Crafter, Build & Trade RPG is a unique and unusual simulation RPG. This is because it’s an RPG where you don’t get to fight monsters or various enemies.
Posted on July 4, 2021