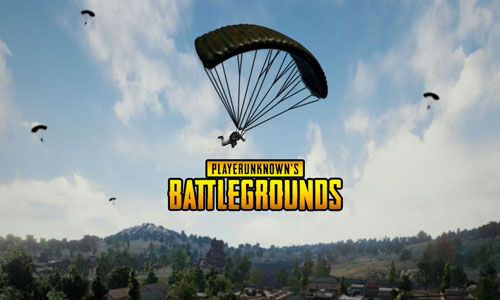 Now that PUBG Mobile finally found its way here in Games.lol, we thought it would be good to share some tips once in a while when it comes to knowing the basics. If you never played PUBG Mobile before and would like to know some vital tricks, let me help you out. Trust me, I played the game on both PC and on mobile so I know how the game works.

Alright, let’s proceed with one frequent question: Should you deploy from the plane early or late?  The answer: it depends on how you want the game to turn out. Both have advantages and disadvantages. Let’s look at them further.

In PUBG Mobile, this is perhaps the most common deploy time for most players. Some do it because the waiting makes them anxious; others prefer early so the shootouts show up faster. If you just started, I highly recommend not doing this yet – unless you already know a lot about shooters. Do not expect any shortcomings here as you will find shootouts as early as 1 minute on the clock. If you aren’t careful, you could end up becoming the very first blood in the game  – which is a bit of an embarrassment a lot of times.

Although, deploying early with a squad is pretty fun, especially if you have buddies that know teamwork very well.

When the player count in the plane is around 50 to 30, you’re pretty much in the middle here. However, the advantage here includes not dealing with early psychopaths. Also, you get more breathing room and time to think about your next move. The only catch here is that shootout occurrence is very random.  Let’s move on to the next deploying tactic in PUBG Mobile.

If you prefer playing it safe in, you can try to deploy last or when the player count goes down to 10 or less. Obviously, the biggest perk here means lesser early encounters. But the catch includes having to wait for a veeeery long time before you can spot a shootout. Although that really depends if other players planned to deploy late too.

In conclusion, where and when you want to deploy is up to you. Don’t forget to download PUBG Mobile for PC! For more action-packed games like this one, try out Dino Hunter: Deadly Shores or Guns of Boom – Online Shooter.  Get them all here for free here!


Get ready to play!


Follow these easy steps to complete
your PUBG MOBILE installation.