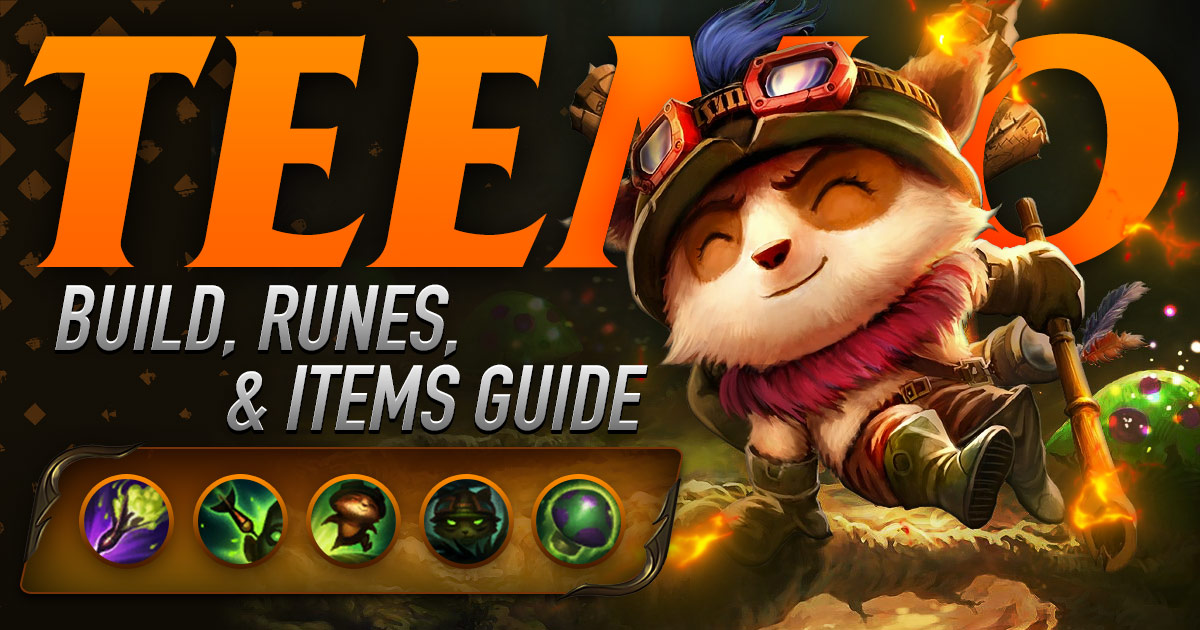 When playing multiplayer strategy games like League of Legends Wild Rift, it’s always important to be cautious, especially in the early parts of the game. You wouldn’t want to give your enemies an advantage, so being cautious is usually the way to go. However, there are certain champions in LoL Wild Rift that are best used aggressively, especially early on, which is the right strategy. One such champion is Teemo Wild Rift.

Teemo is a marksman/mage that boasts good range and damage, early in the game. It’s one of the reasons why he’s best to be used aggressively. But how do you properly build him to make sure you take advantage of his strong early game? Let’s discuss this in more detail here.

Teemo The Swift Scout, is a marksman/mage that is best used in the top lane and as a solo champion. His range and abilities make him a good champion to use if you prefer to be aggressive early on. Let’s discuss more of Teemo’s Wild Rift abilities in this section, so you can see why he is best used as an aggressive champion early in the game. 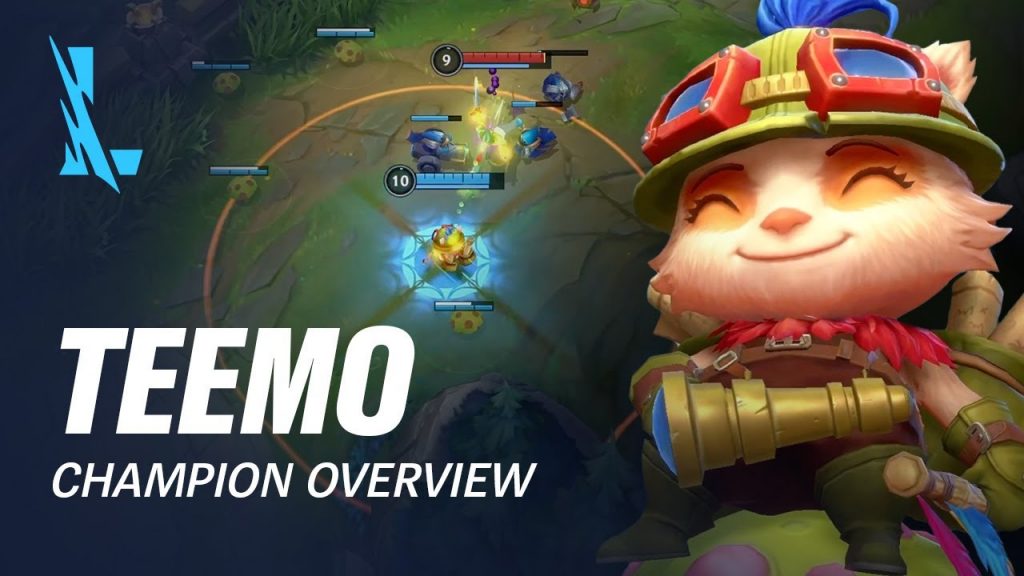 Teemo’s first ability is his passive ability, which is the Toxic Shot. This ability allows Teemo’s attacks to deal bonus magic damage over time. His passive is one of the main reasons why being aggressive in the early game is advantageous for him because he can deal bonus damage whenever he attacks.

The 2nd of Teemo Wild Rift abilities is Blinding Dart. Teemo will fire a dart on the enemy, dealing damage and causing the enemy to go blind for a brief period. The annoying thing about this ability is that when the enemy is blind its attacks deal no damage. But it’s a great defensive ability, which further shows how strong he is in the early game. Additionally, it’s the primary skill you need to develop

Teemo’s 3rd ability is the Move Quick, which is a skill that increases the champion’s movement speed passively until he’s struck by the enemy tower or champion. When he activates it, Teemo will roll forward a short distance and then sprint for a few seconds. When he’s sprinting, his movement speed doubles and it won’t be removed when Teemo receives damage.

The 4th ability of Teemo in Wild Rift is Guerilla Warfare. It’s another defensive/offensive skill that provides Teemo with an advantage early in the game. After a short delay, Teemo will be camouflaged for a short period, which makes him invisible unless he is within range of an enemy champion or turret. Once he exits camouflage, he gains attack speed. It’s the second skill that you need to develop.

As for Teemo’s most powerful ability, we have the Noxious Trap. It’s the champion’s ultimate where he will throw an explosive poisonous trap using a mushroom. When an enemy champion steps on the mushroom, it releases a poisonous puddle that causes damage and slows down movement. If Teemo throws the mushroom on top of another mushroom trap, it will just bounce, which extends its range. Let’s now discuss in the next section, the best builds for him.

Since you want to play Teemo aggressively, items that will increase his ability power, and shorten his cooldown are a must. Therefore, the core Teemo Wild Rift items consist of Nashor’s Tooth, Rabadon’s Cap, and Liandry’s Torment. These items ensure a high ability power, some ability haste, attack speed, and health. For the boots, Stasis is the build to go to, as it allows you to go on stasis for more survivability.

Completing Teemo’s Wild Rift build would be Void Staff and Morellonomicon for more ability power and health for survivability. For the runes, Aery and Hunter-Vampirism are important to deal added damage to enemies. Nullifying Orb is another good rune to use to give Teemo a shield for added survivability. Lastly, the Hunter–Genius rune provides more ability haste since Teemo is skill reliant. To complete Teemo’s Wild Rift build is using either Flash for escaping or Barrier for more shields as summoner spells. 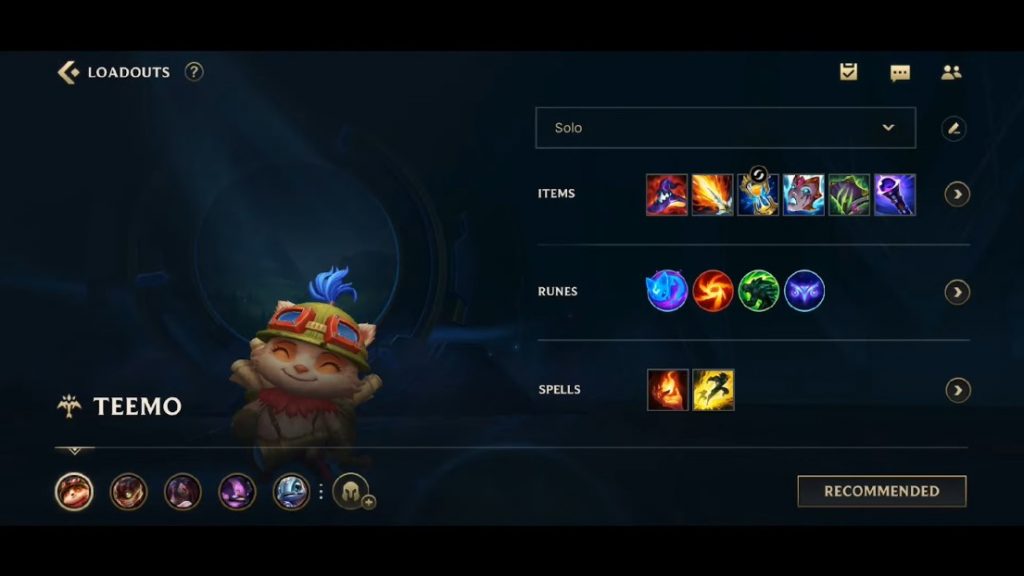 How to Play Teemo in Wild Rift?

As mentioned throughout this guide, Teemo is a good early game champion. Hence, you need to be aggressive in poking and harassing your opponent. Moreover, he’s a really good 1-on-1 champion, so you will have the advantage early on most of the time. Blinding Dart and Guerilla Warfare will be your go-to skills here. You must take advantage of Teemo’s strong early game since he doesn’t scale that well towards the end.

All of your advantages early on start to disappear as other champions start getting their core items. He’s still a decent champion, taking advantage of the Noxious Trap to surprise enemies. But he’s better suited for team fights during the late game. In terms of champions that he’s weak against, be wary of Olaf, Gragas, and Zed.

So, this wraps up our Teemo Wild Rift guide. If you’re looking for more updates and guides on the many champions in League of Legends Wild Rift, make sure to stay tuned here in Games.lol! 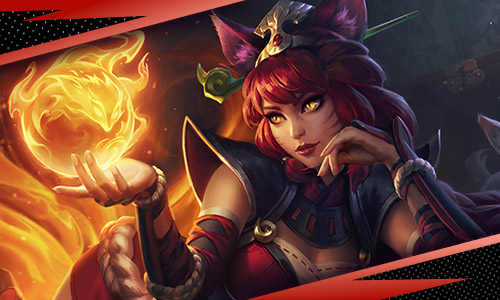 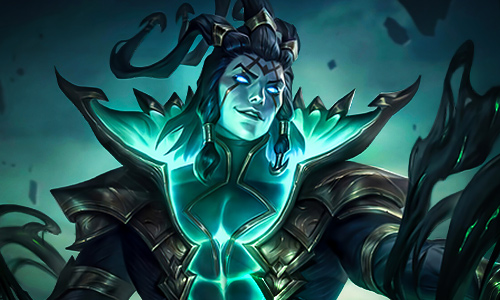 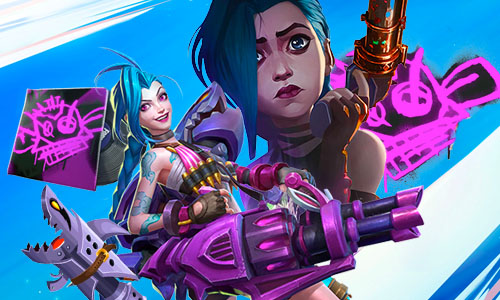