Fortnite is one of the most iconic battle royale games in the free-to-play category. The game was so popular that it managed to reel in more than 10 million players just two weeks after its official launch. Plus, it even made over $1.2 billion in just 10 months after its release according to SuperData.

Now, Fortnite does not shy away from the basic battle royale gameplay, nor does it have a special feature that makes it stand out from the rest. Part of Fortnite’s success was essentially due to its successful promotional campaign involving celebrities and sports icons. With that said, if you are looking for free-to-play video games that feature the same elements seen in Fortnite, then you are in luck as we have compiled 10 Fortnite alternatives that you can play free on PC.

The first on our list is none other than the iconic PUBG Mobile by PUBG Corporation. Do not be fooled by the “mobile” description on the title as this version has similar gameplay, if not better, than the original version. In this PVP shooter game, 100 random players from around the world will fight their way to survive and become the last man or team standing on an island. Moreover, this game comes in three modes to play: Classic, Arcade, and EvoGround.

Call of Duty Mobile represents the more serious side of the battle royale genre. Not only does this title come with authentic weapons and settings, but it also features huge maps inspired by real-life battlefields. Moreover, its graphics are visually appealing in that it appears to take you on a realistic military battle. If you are looking for a more authentic battlefield feel on your game, this game is for you.

Pixel Gun 3D hails from the development studios of Pixel Gun 3D. As the title implies, Pixel Gun 3D is a pixel-based combination of battle royale and survival. Moreover, this title also features various game modes, a huge collection of weapons, and customizable characters. You can even enjoy the other mini-games such as Glider Rush, Sniper Tournament, and more.

Battle Royale is an FPS game developed by Azur Interactive Games Limited. Like other battle royale games, it features a wide selection of weapons, various types of character roles, and expansive maps. Experience immersive and competitive battles against other players when you download this explosive battle royale game today.

Pixel’s Unknown Battleground is another pixel-based game that can be considered a great Fortnite alternative. Ultimately, this game gets its inspiration from PLAYERUNKNOWN’S BATTLEGROUND; the only difference is that it uses pixel-based graphics. This battle royale game comes from the same game development studio that’s responsible for Battle Royale. Moreover, Pixel’s Unknown BattleGround allows you to compete against more than 20 players on a massive map. Get this awesome title free on PC.

Respawnables is probably the game that greatly resembles Fortnite when it comes to aesthetics. This highly immersive and competitive game comes from indie video game developer DIGITAL LEGENDS ENTERTAINMENT. The game comes with various game modes for you to explore. On top of its competitive online mode is the 185 levels of the single-player campaign. Experience competitive online battles and immersive single-player gameplay when you download Respawnables on your PC.

Knives Out is a free-to-play Fortnite alternative that boasts no-holds-barred gameplay. This awesome game comes from the video game development studios of NetEase. Knives Out eliminate the existence of rules in its highly competitive 50v50 battle, 5-man-squad, and other game modes. If you are looking for an exciting last-man-standing that does not feature any restrictions on gameplay, then feel free to check out Knives Out today.

Rules of Survival is another battle royale game from the studios of NetEase. One of the most iconic features of this game is that it can accommodate 120 players on an 8×8 map. This game also features dynamic weather and day/night cycle. These features, combined with the game’s balanced mechanics, result in one of the most immersive and competitive battle royale games in the free-to-play category.

Zombs Royale is a free-to-play combination of the elements of battle royale and io games. Some of the most notable features of this game are the character customization option, various game modes, seasonal events, and so much more! Furthermore, Zombs Royale is perfect for those who are used to playing io games on their PC.

The final game on our list is Garena Free Fire or popularly known as Free Fire. This brilliant title comes with all the basic principles of a battle royale game like scavenging for weapons, harvesting loot from enemy kills, and more. Moreover, each match in Free Fire lasts for 10 minutes, where you and 49 others fight to become the last man standing in the round.

Despite its popularity, Fortnite is a game that asks a lot from the player, unlike the titles we have on this list. Moreover, each video game title featured on our list is downloadable for free. Check out some of the titles in the list and discover some of the best alternatives to Fortnite today. 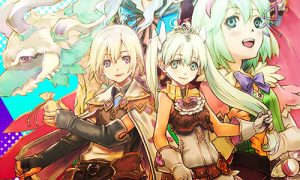 Action RPGs are always fun to play because of their awesome and action-packed gameplay, as well as compelling storylines. One of the best action RPGs that you can play right now is Rune Factory.
Posted on July 4, 2021 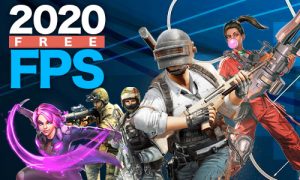