Mobile Legends: Bang Bang is one of the biggest MOBA games you can enjoy playing with your friends and family. It’s currently evolving and expanding content-wise, and it provides non-stop action and fun for their huge player-base. In addition, there are now talks of new heroes being added to the mix for players to enjoy!

Most recently, there were leaks of new heroes coming in before the year 2021 ends. In total, there are supposedly six new characters that will come out as a surprise. So, if there are any leaks coming out, you should take it with a grain of salt because the details may not always be correct. We can’t be sure if these are going to be the new additions or not, but they do provide a good idea of what’s coming next. Keep on reading if you want to know more about the new upcoming heroes to be released before the end of 2021.

Natan, or the Spacetime Walker, is one of the newly confirmed heroes in Mobile Legends: Bang Bang. He’s the 107th hero, which has already been released in advanced servers. His nickname suggests that his abilities will be related to the space-time continuum.

In addition, Natan is a marksman with burst and reap roles. All of his attacks will be coming from his arm that looks like a gauntlet. His passive skill is Theory of Everything, which enables him to gain a stack of entanglement every time he hits an enemy. It also increases his attack speed and movement speed.

Superposition is Natan’s first skill. This makes him shoot massive energy while dealing damage to his enemies along the path. The second skill is called Interference where he launches a gravitational attractor that knocks enemies along its way.

The ultimate skill is Entropy, where Natan summons a reverse clone of himself in the distance. It copies all of Natan’s movements and attacks reversely. He can dash toward the clone every two seconds. These skills have the potential of crowd control, which helps him peel away from enemies.

Aulus: The Warrior of Ferocity

The 108th hero after Natan is Aulus, The Warrior of Ferocity. Players have already met him in the advanced server. Aulus is a warrior from the dwarven race with a huge hammer called The Legendary Battle Axe. He is a Fighter with damage and crowd control specialties. And with the help of his abilities, he fights furiously alongside his team to make sure that they win the match. Aulus’ passive skill is called Fighting Spirit.

Aulus’ base attack can add a stack of Fighting Spirit to his battle-ax upon hitting a target. Then for the next two seconds, his physical attack and physical penetration are increased. Once Fighting Spirit reaches full stacks, his movement, speed, and base attack damage are boosted.

Aulus’ first skill is his Charge. When the charge button is held down, his movement speed increases. And at the same time, damage dealt with him from the front will be reduced. Once the button is released before the skill effect ends, he unleashes his fury and smashes the ground while damaging nearby enemies and slowing them down.

Aulus’ second skill is The Power of Axe, where he wields his battle-ax while dealing physical damage to enemies in a fan-shaped area. His primary attack will be enhanced multiple times based on the non-minion enemies he hits. His ultimate skill is Undying Fury, where he crafts a part for his battle-ax. Starting from the blade, hammer, and then the handle. It permanently increases the physical damage caused by his base attacks. It also increases his physical lifesteal, attack range, and the hit area of The Power of Axe.

Upon casting his ult skill, Aulus raises his axe and smashes it to the ground while damaging the enemies in a line. At the same time, a burning trail is left on the ground, which deals damage and slows the enemies who dare walk on its path.

The 109th unconfirmed hero goes by the monicker “Holy Blade,” which is also Gushion’s nickname. Again, there’s scarce information about him, but he’s said to be the brother of Gushion. For the 110th hero, she is one of the winners of the recent survey. She has made a deal with the Shadow Demon God with her soul to save her lover. As a result, she gained shadow powers and immortality.

The 111th unconfirmed hero is also a winner of the latest hero survey. She is a spirit of nature who was awakened from the oasis of elements. And finally, the 112th hero is described as a powerful mage. She floats in the air while ravaging enemies with long-range magic attacks.

Nothing more else is known about these heroes yet. Fans and players just have to wait for their eventual release in Mobile Legends: Bang Bang. 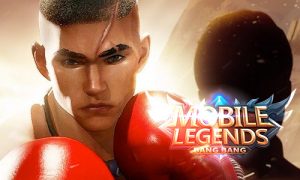 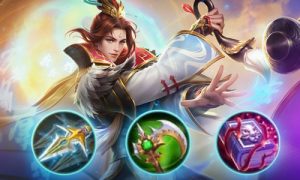 There are tons of characters already in Mobile Legends. But they either fall into a category like warriors, assassins, healers, or mages.
Posted on November 26, 2020 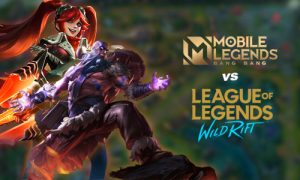