Live Like A Viking In Frostborn: Coop Survival Game

Prepare to explore the mystical world of Midgard on your PC. Today, the iconic Frostborn: Coop Survival game made its way to our Games.lol. Enjoy hours of immersive coop survival gameplay straight from your PC. Play with your friends or random players across the globe on a full-screen display. Begin your epic journey to Valhalla by clicking the “Install Game” button on your screen.

Frostborn: Coop Survival is the third open-world survival game title developed by Kefir! For those not familiar with the developer, Kefir! is responsible for the development of the zombie-themed survival game. The titles include Last Day on Earth: Survival, Grim Soul: Dark Fantasy Survival, and Cyberika: Action Cyberpunk RPG. Some of the gameplay mechanics of Frostborn: Coop Survival resemble those of the aforementioned video games. What makes Frostborn special is the MMORPG/Coop elements embedded within its core.

Frostborn: Coop Survival PC also boasts unique attributes focused on making the game more challenging. One example is that food does not replenish health instantly. Although zombie invasions do not exist in this game, the absence of sort chest and put all elements is a bummer. On the plus side, players in the game can share chests and benches.

The game also comes with the most sought out features found in other open-world survival titles by Kefir! Examples of these features include crafting, base building, foraging, scavenging, raiding, and exploration. Thanks to the patented gaming system of our Games.lol, players play it on PC. They can use the default mouse and keyboard controls, or Joysticks. Download Frostborn: Coop Survival on your PC for a unique gaming experience.

Once you have our version of Frostborn: Coop Survival installed, you can treat it just like your other PC applications. Moving forward, the game will take you to the character customization screen the moment you start a new game. You can choose the class and customize the aesthetic features of your character on the said page. Once you are done with customization, the game will take you to the main game for you to begin your adventure.

Quick Tip: Frostborn: Coop Survival, despite having elements of MMORPG is still a survival game. This means that your priority is to survive. It is highly recommended that you seek and team up with stronger Vikings as soon as possible. Engaging in combat against higher classes will be a waste of time if your character is not properly equipped. To that end, your first focus is to establish an alliance with stronger Vikings and build a sturdy stronghold. Doing this will help speed up your in-game progression.

Enjoy more fun-filled action games when you download our Games.lol client. Play cool titles like Ire: Blood Memory or Stickman Five Nights 2. Get access to tons of free games straight from your PC. Get our Games.lol launcher today! 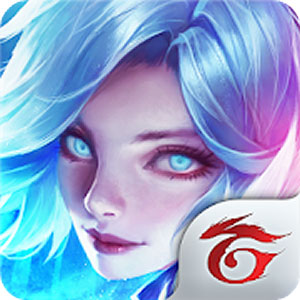