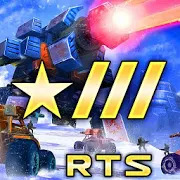 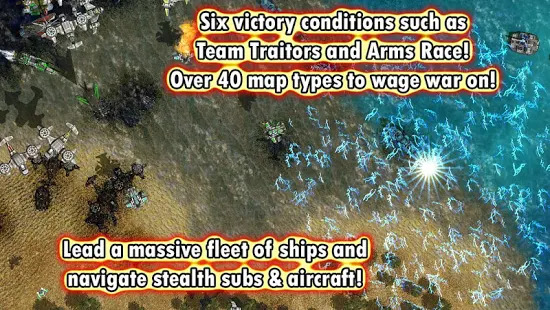 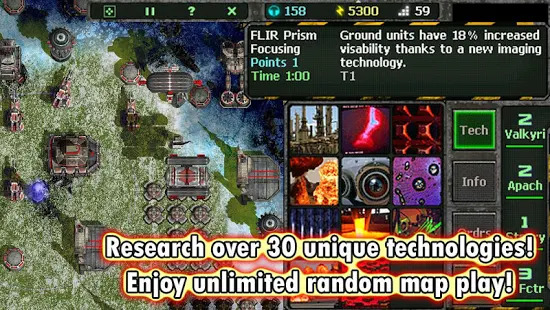 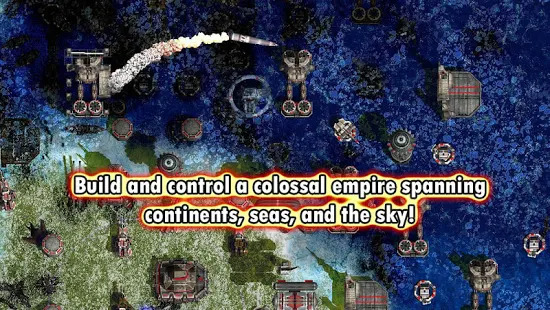 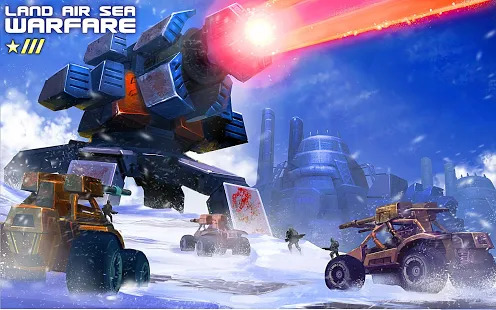 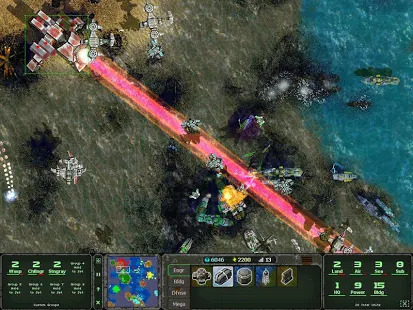 Command a force of thousands of units into strategic warfare in this new RTS game. Fortify your base with turrets, surface to air missile launchers, torpedo launchers, and long range cannons. Next create factories to pump out enormous legions of vehicles, aircraft, and ships to wage war with, you decide what to build! Form groups and transport units to prepare to conquer the enemy. Finally execute your strategic battle plan and enjoy the immense carnage that ensues. Discover and mine unique resources to build gigantic mega units which can turn the tides of war instantly!


* Build over 100 types of units and technologies
* Play on randomized maps for unlimited game play
* Construct and control gigantic mega units
* Scorch the destructible environment
* Research over 30 exciting technologies
* Choose from many unique landscapes to wage war on
* Command armies with hundreds of vehicles, ships, and aircraft


As the commander of a massive war campaign you can navigate stealth aircraft and submarines on recon missions, airlift units into the fight via helis, scout tread marks left by enemy tanks to their base, and hide under trees for an ambush attack. You can expand your city with over 100 structures and units to choose from in this RTS game.

As your empire grows you can research technologies to guide the focus of your strategy. Dominate on all types of terrain, send aircraft to bombard the enemy to weaken its infrastructure, control the shores with a naval fleet of ships and subs, and transport units into the fight to finish the mission! You can even manufacture and launch game changing weapons such as ICBMs.

Land Air Sea Warfare features a random map system so every game you play is unique and poses new challenges. There are also several victory types and settings to customize the game and provide fresh missions. After each battle detailed statistics are displayed showing the how the tides of war changed for each player.

See a full wikia and index of units and technologies
http://isotope244games.wikia.com/wiki/Land_Air_Sea_Warfare