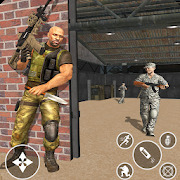 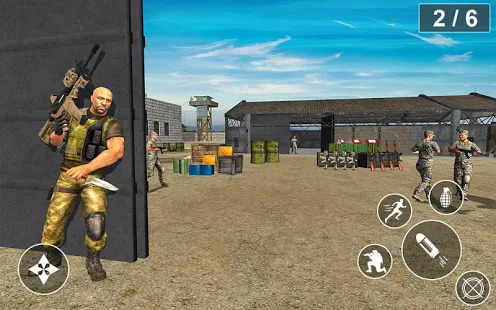 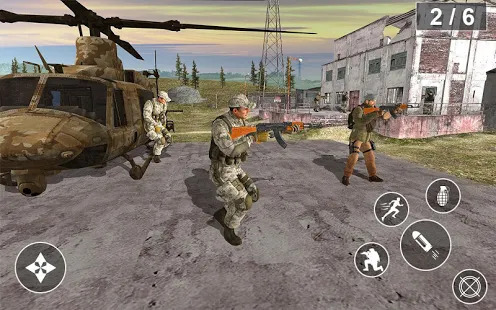 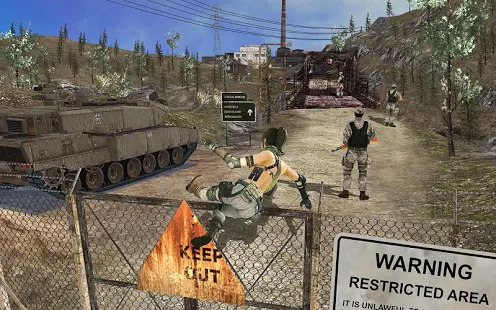 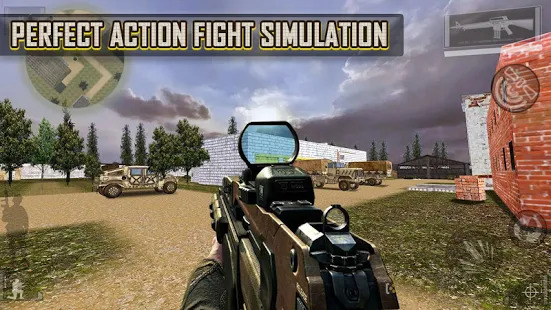 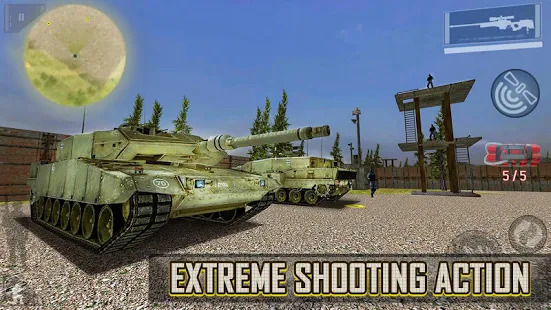 Commando adventure shooting is a thrilling sniper shooting game with a lot of fun and adventure. Play the most demanded commando shooting game being a spy commando and be ready for the real breathtaking venture. Face the extreme counter war while surviving in the deadliest jungles and forests. Use your special gorilla commando skills to cope with all the troubles and show your extreme sniping powers to win all the stealth wars. You have to do multiple jobs being a spy commando. First of all, disable the watch tower security by using your sniper guns and then breach the base camp silently. Just use the stealth movements and avoid any direct conflict with enemy soldiers to complete the spy mission without any trouble.

Commando adventure shooting game allows you to boost your sniper shooting skills by giving you an access to the latest and modern assault guns. Enjoy the awe-inspiring and entertaining snow terrain while experiencing the most accurate shooting simulation ever. Be a precise sniper shooter, as the precision is a key factor to succeed in all gun shooting games. The more you are precise, the more chances of winning the sniper mission. As a member of SSG force, you are well equipped with all the advance weaponry to perform the secret surgical strikes. Be ready for the high warfare in the mid of enemy territory and show your enemy what you are capable off.

The commando adventure shooting game comprises dozen of sniping missions in the multiple beautiful terrains. In each mission, you have to complete different game objectives by using the modern equipment. Use the satellite radar navigator and detailed computer map to locate the enemy hideouts. Just sneak past the enemy patrols and take the stealth walk without alerting the enemy commandos. You can have multiple weapons at the same time. Use the sniper telescopic zoom to take long range gun shots and the assault rifles for the close range combats. So, gear up and brace yourself for the most realistic gun battles for the first time in real 3D mode and enjoy this sniper shooting game for free.

- Complete user guide and tutorial for playing games with game pad is provided within the game.

- Control the commando movements using the virtual joystick on half left of your device screen.
- For aiming, swipe your finger across the right side of the device screen.
- Tap Fire button located at right bottom to fire the bullet.
- Press zoom to have a telescope sniper view of enemies.
- Tap on gun icon to switch the weapons.
- Use the map to have the real-time satellite view of place.
- Find the enemy hideouts by using the radar navigator.

If you like the commando adventure shooting game, please try other games by clicking “More from Developer” or by visiting our publisher account. And don’t forget to rate and review.