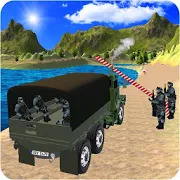 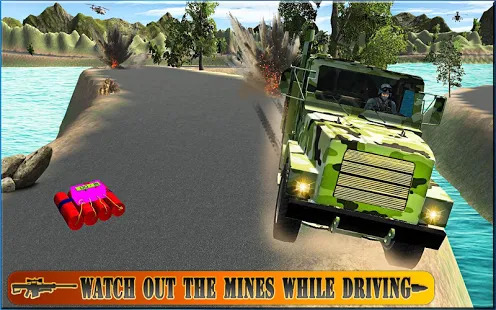 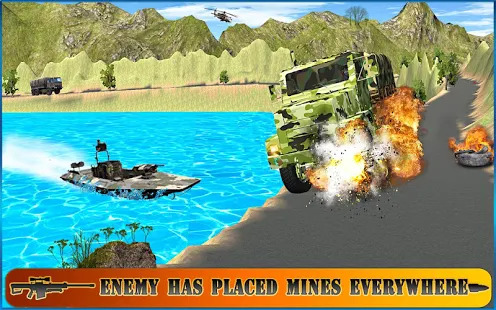 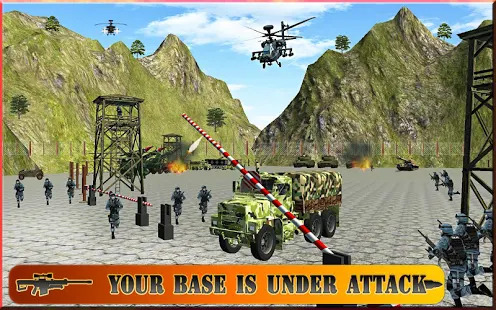 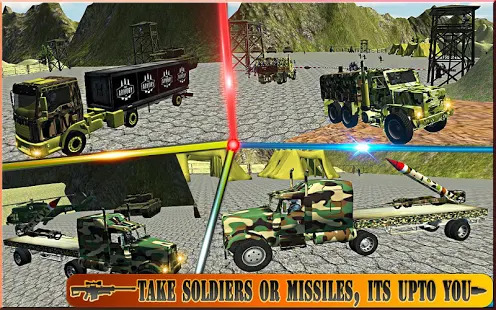 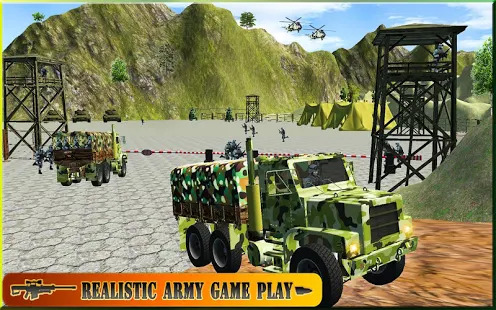 Real Drive Army Check Post Truck Transporter
Get ready to have realistic army truck driving experience! Good controls are ready to pull up your excitement level!
MISSION:
This is the most realistic truck game on play store. Deliver cargo from one place to another like other famous army games. Show your driving skills and take army men with other cargo to the safe location. You have offroad truck to travel on the offroad and hilly area. Do you have guts to drive military vehicles and other army truck on the offroad like other popular truck games? So, grab the steering of your own hill climb 3d truck in this army truck game and show armed truck driving skills on hard tracks. Other offroad games have no challenging missions and you can’t enjoy offroad truck driving. But in this military truck game you have your own army truck hill climber to take offroad cargo from one place to another. Different hard tracks with mud road will be waiting for you to take your truck offroad through them. Be a skillful real army truck driver 3d and take cargo from one army unit to another. Truck driving in offroad games is not an easy task to perform. Truck driver need to be sharp minded to tackle all difficulties easily during offroad drive. In this army truck sim you enjoy all amazing truck driving feature as compare to all other popular army games and truck games. Get ready to have some truck drive fun on the offroad and mountains environment.

GAMEPLAY:
Your army troops will be under attack by the enemy in levels of this drive missile launcher US army drive 3D game. Army commander will order you to take all cargo material to the other army unit. Take army men and soldier as well to the safe location. Some levels of this US army truck driver soldier transport duty game contains cargo delivery of action packed weapons and missile launcher to the other army unit. Driving a cargo truck in danger will be difficult for you because enemies are attacking consistently on your army troops and soldiers. In this drive offroad army cargo truck game enemies have powerful helicopters and observing your movement on the offroad while you are driving offroad truck. They will attack on your army troops suddenly from missiles and other gunship helicopters. Escape from missile attack in this cargo army truck offroad transport simulator and take cargo contains action packed weapons and missile launcher to the other safe location. This will be really challenging like other famous truck games and army games. Drive your army truck fast as you can and become a hero of the army games. Take cargo to the other army unit and play next amazing level of this truck driving game. A lot of levels including different cargo delivery missions like taking army men to the safe location, take action packed weapons to the other army place and take missile launcher to the other army troop.

OTHER EXCITING FEATURES:
Environment of this US army truck mountain drive 2017 game is hilarious with a lot of challenging missions of truck driving. Realistic physics of all army truck will give you more excitement to play this army game. Smooth controls and handling of the truck is just like other popular truck games. So, enjoy and download this offroad drive army check post truck 3D game to play a lot of challenging missions. We are waiting for your valuable suggestions and comments about this army truck sim. Good Luck.