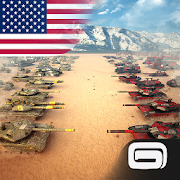 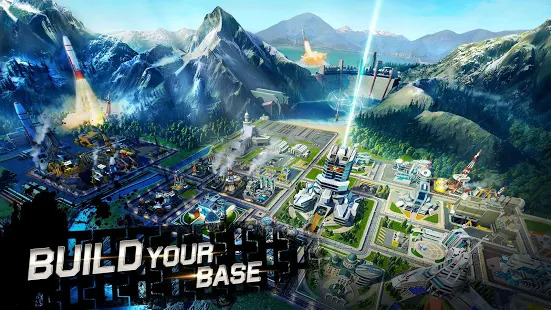 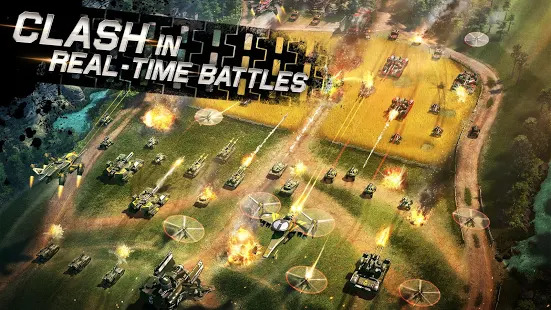 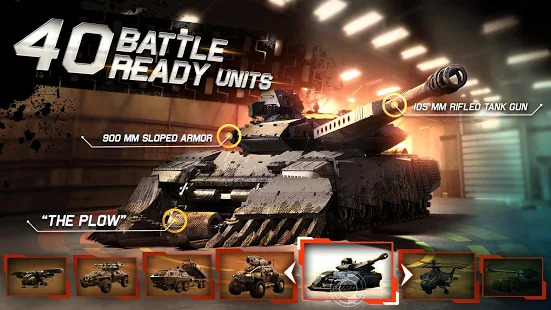 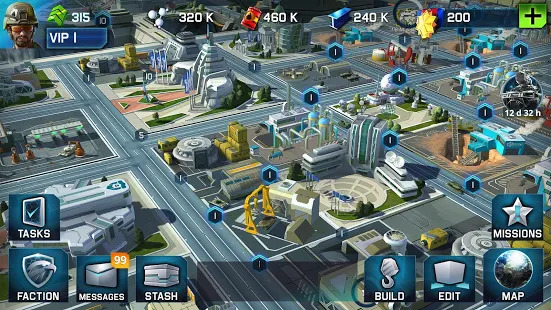 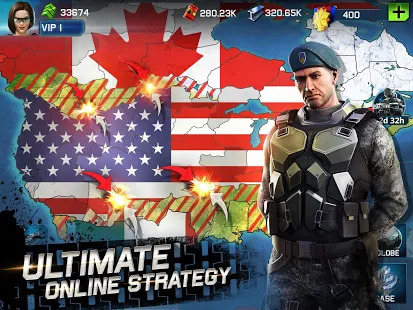 When the entire world is at war, bold generals rise to the challenge and lead their armies toward Global Conquest. The time has come for you to strike! Do you have what it takes? Build your base, dominate regions of an actual real-world map, and lead your faction to conquer every nation of the globe!

You are a single modern military order, cut from the same cloth as a sultan or the Vikings of old, destined to forge a mighty empire. But you are not free from rivals. Many generals share your ambition and have their own loyal armies to back them. Some will join you and your clan. Some will clash with you as rivals. But friend or foe, only one can reign supreme.

Go boom or go bust as you recruit skilled commanders into your army, build a massive war machine, forge brilliant strategies, and order strikes on enemy bases in the most massive free MMO warfare game on mobile!

REAL-WORLD ACTION
• Play with thousands of real mobile players as they clash around the world.
• Talk to your war friends and foes alike in the global chat as you plot every strike to grow your empire.
• Build and order ultra-realistic units based on actual modern war machines like mobile artillery, battle tanks and big boom-dropping bombers!
• Wage total warfare as you clash across a faithfully recreated World Map.

REAL-TIME CONQUEST
• Clash with the ferocity of modern Vikings in live, real-time PvP warfare.
• Become the Sultan of Boom by issuing split-second orders in-game that determine which army will emerge victorious in battle.
• Call on your clan for reinforcements when the clash is most intense.

REAL MILITARY STRATEGY
• Feel free to build your war base however you want in a customizable mobile experience.
• Order your commander to strike, then power them up to bring the boom!
• Forge a clan, lead it with the strategy of a sultan, and plan your strike together.

This app allows you to purchase virtual items within the app and may contain third-party advertisements that may redirect you to a third-party site.