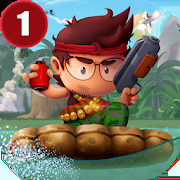 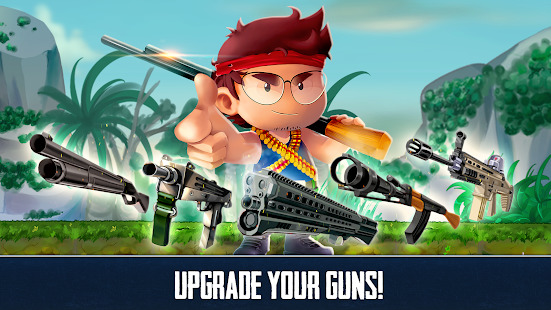 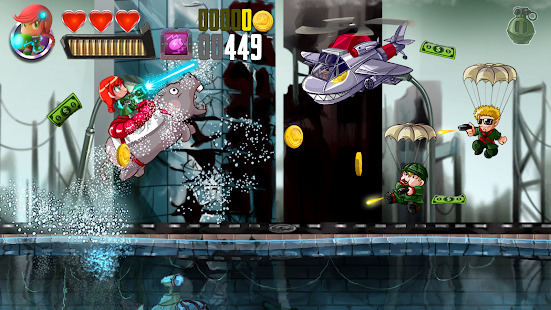 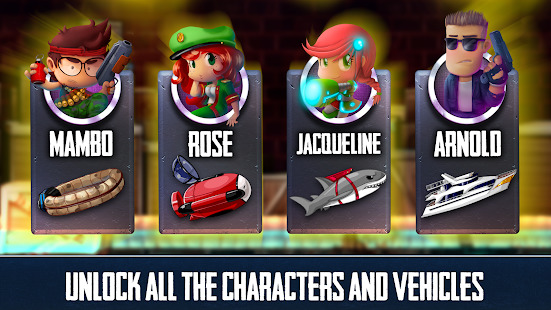 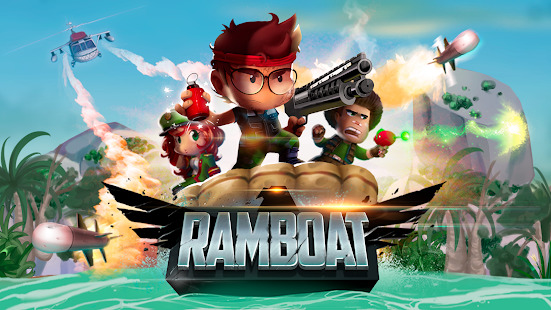 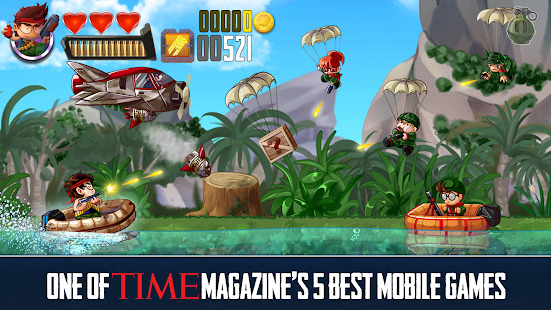 Ramboat - Shooting Action Game Play Free & Offline. Help Mambo and his elite team in this mission impossible. Overcome all the challenges, upgrade your guns, drive fast, and defeat your enemies on one of the best offline games. Be a warrior and join the army in this run and gun full of challenges, feel the adrenaline in this survival mode, a endless game. Jump and shoot in this offline game, one of the best shooting games.

Be a hero in this offline arcade shooter, join Mambo and his crazy troop of heroes to escape from hundreds of enemies in this shooting game offline full of action, missions & challenges, jumping and dodging as fast as possible while shooting powerful weapons to your enemies. Do you like running? Addicted to jump and shoot? You’ll LOVE Ramboat - Shooting Action Game Play Free & Offline! One of the best offline games!

Survive an army of soldiers and enemies submarines, dodge bullets while you shoot all your guns. During the challenges, get power ups to increase your firepower. Collect coins to upgrade your guns, ships and stats. Enjoy in this offline shooting action game full of missions and challenges.

The war is not over, your action begins, your enemies will not be easy... With simple movements you will fight, shoot and try to avoid an infinite number of enemies bullets on your war toward salvation.
Embrace the adrenaline in this 2d shooter action game offline, fight like a warrior by shooting your enemies, become a hero in this shooting offline game. An action shooting game for kids and adults with endless missions and challenges. Be part of this army and complete all the challenges soldier!

“Ramboat is a marriage between puns and violence. Your character, based on the Sylvester Stallone classic Rambo, is in charge of an airboat that cruises through different maps while fighting enemies. Unlock new characters, vehicles, and weapons as you battle your way through various levels...” - TIME magazine.

“Cool graphics & fun shooting game that makes it fun for all ages.”

“...I love the shooting and blasting sound effect. The game is very addictive.”

Become the hero warrior with this military elite team, one of the best action shooting offline games.

Jump or dive, be a soldier in this war and use your guns to run and shoot your enemies, jump and shoot in this game full of challenges. Fight this war! You have never seen before such an exciting action game, play offline games!

ORIGINAL MISSIONS, CHALLENGES, & STAGES
+9 incredibles stages that increase the difficulty of your enemies and fun. The best endless shooter game!
Hundreds of challenges and missions! Complete as many as you can, upgrade your guns, and gain exp to raise your military rank.
Complete the challenges & unlock all the medals and be the best soldier.

CHARACTERS AND BOATS
+12 unique band members of this elite team, each with their special equipment and skills.
+12 fast and mighty boats like a luxury yacht, a pirate ship… or a shark! Fight offline and overcome all the challenges in this missions.

FUNNY OFFLINE GAMES MODES
Offline action game, ARCADE style. The ultimate endless shooting runner action game.
Do you want a challenge? Try the ELITE MODE if you have what it takes.

Endless war game! Join this army in this military adventure! Fight your enemies. You won't stop shooting and jumping. Full of missions and challenges.Play now for free & offline! Fight this war by shooting your enemies!