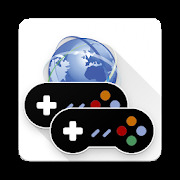 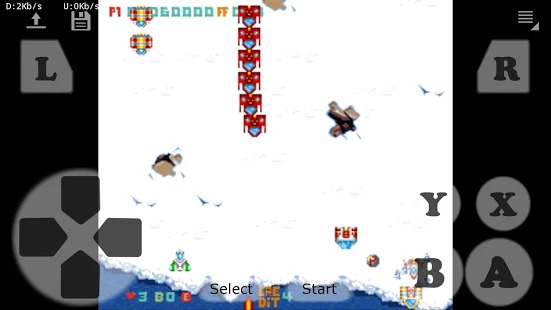 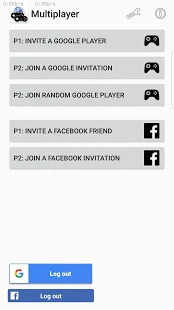 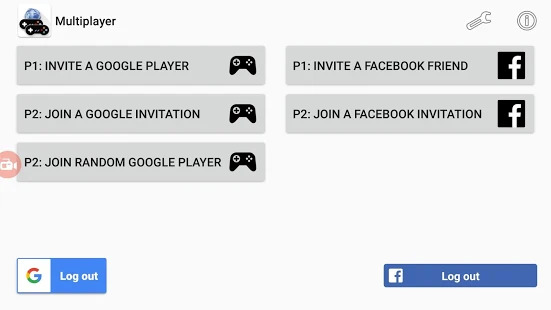 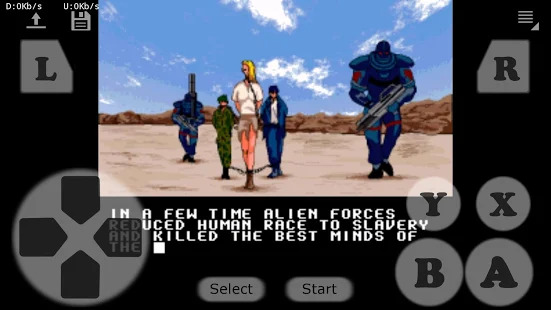 Multi Snes9x is a SNES emulator that lets you play classic games on your Android mobile devices. Besides offline mode, you can also play with your friends via LAN network or Online (requires logging in using Facebook or Google account, no third-party apps needed). Note that unlike other emulators, this app truly supports online multiplayer without any manual setup or opening network ports.

FEATURES:
- Offline Single-player mode.
- LAN & Wifi Direct & Online Multiplayer mode. It is consistent, has no de-syncing problems like other emulators that use scheduled syncing Network play method. And it supports long distance (cross-countries) connections. However, the gameplay quality will depend on your network connection's speed.
- Invite others to play Online using Google or Facebook account.
- Text chat when playing Multiplayer.
- Supports saving & loading game' states, even when playing multiplayer (on host side only).
- Supports cheats, even in multiplayer mode.
- Supports both hardware controllers and virtual/on-screen/touch based controller.
- Editable virtual buttons' layout.
- Full screen display mode.
- This emulator is powered by Snes9x core, one of the most popular SNES emulator core ever exists.

NOTES:
- Location permission is required for Wifi Direct multiplayer mode. Without it, 2nd player cannot find the 1st player who created the network game session.
- The app doesn't come with any games. You have to copy or download SNES roms to your device's sdcard. Their locations will be detected automatically by the app itself. Both .zip, .smc, .sfc, and .swc files are accepted.
- When playing multiplayer, second player is not required to have the game roms in his/her devices, it is only required for the first player (i.e. the host).
- To reduce lag during multiplayer, place your devices as close as possible to each other and to the Router/Access Point.
- Alternatively, using Wifi Direct option if your device supports it.
- Playing over Internet consumes quite a lot of bandwidth which is roughly 60-100 KB per second.
- Google logged in users will only able to play online with other Google users, and similarly, FB users can only play with FB users.
- Google players can join a random open game. As long as the first player (host) chooses to auto pick a 2nd player during inviting process.
- The one hosting the game through Internet is required to have the minimum upload speed around 60 KB/s (512 Kbps).
- If you encounter severe lags, sometimes a simple router or both players' device's wifi restart might help.
- There are some routers that don't support direct Internet multiplayer hosting due to their Firewall settings. If it is the case, the app will attempt to use relay server to relay data between 2 players, though the bandwidth will be limited if relay server is used by too many people. If relay server still fails, you will probably see "Remote connection timeout or disconnected" message popped up on guest player side. You can try to switch roles, i.e. guest becomes host and vice versa. If we are lucky, the new host's router will allow the connection between two players.
- This application is in no way endorsed by or affiliated with the Nintendo Corporation.

THE APP IS CURRENTLY STILL IN EARLY PREVIEW STATE, THUS WE WOULD BE GRATEFUL IF YOU COULD HELP US REPORTING BUGS TO lehoangq@gmail.com. THANK YOU.

Multi Snes9x is a completely non-commercial app. No ads are included inside it. IAP is used for donation only. No feature locked.

SPECIAL THANKS
- Thanks Ozzed for free 8 bit music. https://ozzed.net