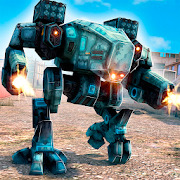 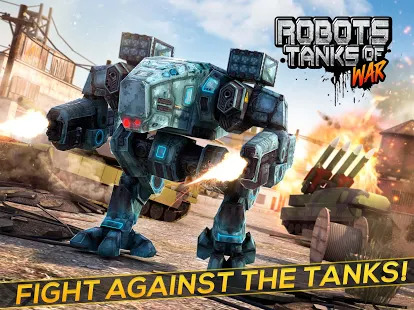 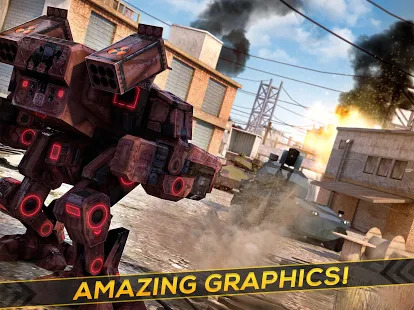 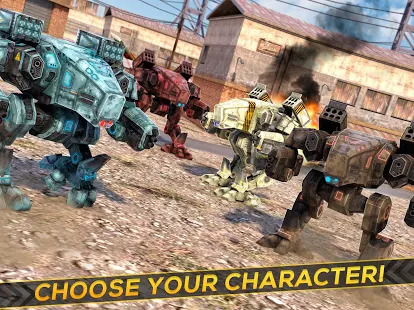 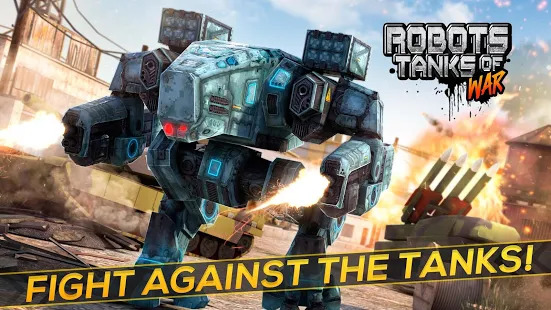 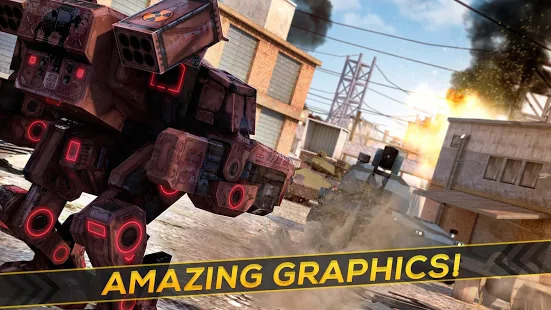 The mech battle robots tanks fighting wars breaks out! In these futuristic battle robots fighting games robot allies compete in brutal battles robots tanks against combat military tanks robot. Our transform androids are trained to kill and conquer the world but the war tanks transformation weapon outnumber them by far.

Participate in this steel battle robot fighting against military attacks simulator and win by dodging the tanks robot that block your way in this racing game full of ultimate war robots and shooter tanks.
Make use of the super developed artificial intelligence of your android to dodge tank attacks and to reach your military camp and win this war robots battle against dangerous robots tank warriors with all type of weapons. Plan all your mech robot fighting maneuvers strategy but beware of every enemy weapon! - War tanks robot racing from everywhere and try to keep war robots tanks away from achieving their goal. Stop the carnage extinction and destruction made by the tank rivals!

Control your realistic 3D battle robots tanks titans by sliding across the screen in this game! Dodge the combat tank missiles attacks and speed up your fighting tanks robots using the arrows on the floor. Continue your race for survival and make sure not to run out of weapon energy! Do not loose all your military armor or you will fail the mission leaving the city in enemy's hands causing chaos, rage and destruction!

You will accumulate points based on how far you are able to get with your transformation android using different strategies and tactics in this futuristic panzer battle robots tanks. Let's see how far you can go with your metal military robots fighting machines and how skillful you avoid the tank attacks!

Challenge your friends in this battle war robots tanks game to see who can reach the highest score in this exciting mech fight between transformation androids and panzers weapon. But be careful: These war missions are very addictive!

Defeat and destroy your enemies and become an indestructible battle war robots machine against the military attack of the tanks transformation! Run as fast as you can in this futuristic android war against the enemy tanks robot carnage!
Can you achieve victory in our battle war robot game, soldier?