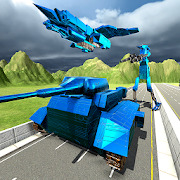 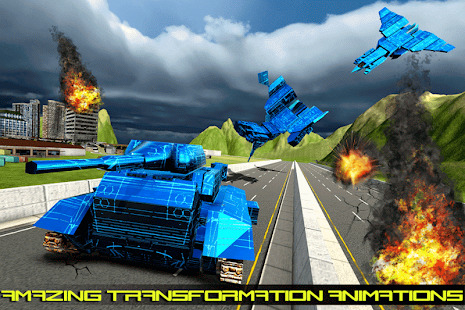 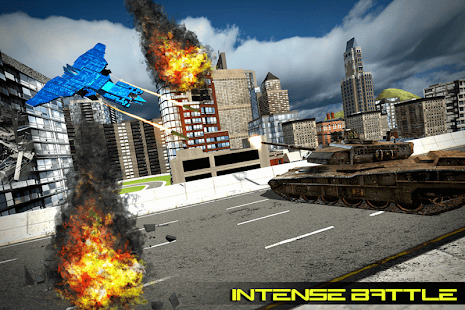 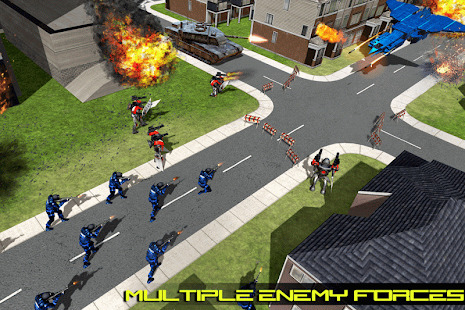 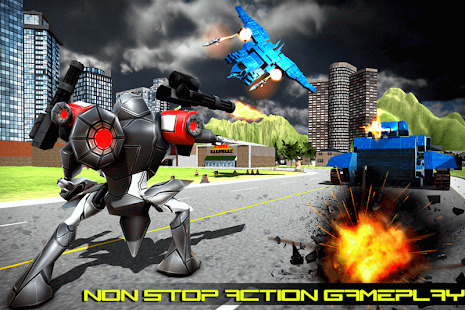 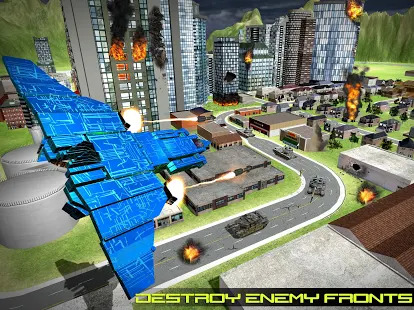 The epic war of the century has begun and we need the ultimate battle machines to win. Unleash the deadly future robots that can transform into any military weapon and bring havoc and destruction over the enemy. Take control of this flying robots & battle tank in Transform Robot Action Game; Fight for glory, victory and success!

The evil commander of rival forces have invaded the city and are taking over land base. Desperate times require desperate measures. Take control of war tank robot that are loaded with explosive weapons to defend the battlefield by destroying the deadly monster machines on land.

This fast paced action shooting game become a part of real time critical saga of monster machines. Plan and Strategize in deadly wargaming to use the robot tank shooter on battlefield ground to eradicate all deadly rival forces. Fight the invasion of autobots and cars and engage in the robot battle with robotic warfare in this action shooting game.

Here is your chance to be the army commando to fight the metal autobots and robot in disguise to defend humanity from autobots. Control the battle robot tank and complete the war missions. Wage the war of machines on evil enemy with deadly future robots and destroy the robotic cars.

Robot battle game, experience flying in a War Jet and shooting at the robotic mafia. Jet fighter planes you can use are a true match in performance, characteristics and fuel capacity. Test the limits of flying Jet in vertical takeoff fights and navigate the entire world. Experience the most epic battle episode of the critical saga of monster machines. Plunge into an intense air-to-air plane combat. Fight against enemy flying jet and planes with flying robots transformation.

★★Robots Transformation:★★
In robot game ultimate battle machines can be transformed into two great explosive weapons to fight on the land and to win in skies.

★★ Iconic War Robot Tank; Ultimate weapon to save land base
When the world is at battle robot tank were of utmost importance in military weapon strategy. Armored autobots is an essential force during the combat. Buckle up commander and in fight your deadly future robots for the dominion over land in war tank robot transform game. Ultimate battle machines will outsmart any robots enemy in disguise.

★★ War Jet Robot; the Ultimate weapon for the dominion of air base
Master the skies with war jet robot and feel the thrill of this robot transformation game in a detailed 3D environment. Fight against enemy invasion above the ground with transform autobots. Fight side by side with the Air Forces to conduct airstrikes as part of war jet robot game. Get the edge on your assault over enemy with the flying robots transformation in the best robot game.

Embark on an epic journey of a future battle and fight in epic saga like never before. Join the army forces in this transform simulation game. Fly above the vast skies and feel the adrenaline of controlling robot with jet fighter. Defend the honor of your country against your enemies. Crush the enemy robotic mafia with battle machine. Beat the evil air forces in robot transformation game!

Do you have what it takes to change the course of history? Download the Transform Robot Action Game now!

===
Come like our page. Any suggestions are welcomed.
https://www.facebook.com/mizostudioinc/

NEED HELP?
Contact us with any questions or comments: mizostudioinc@gmail.com