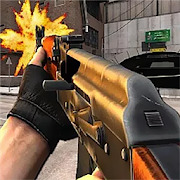 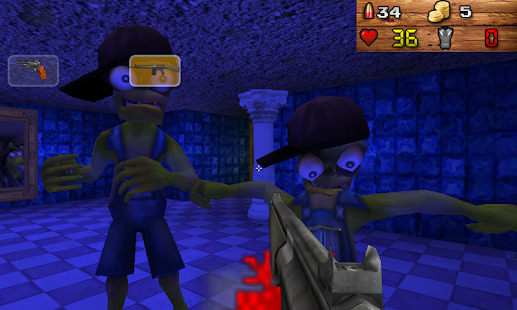 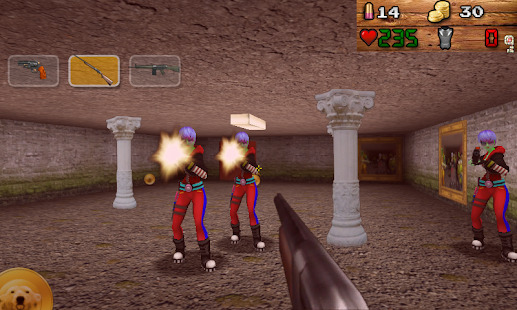 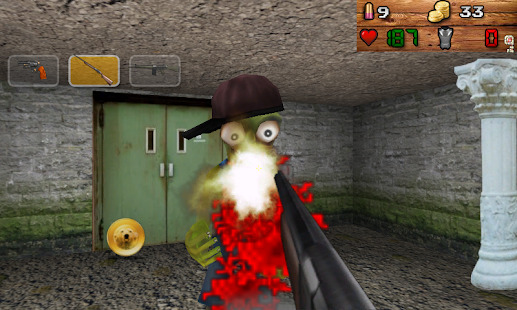 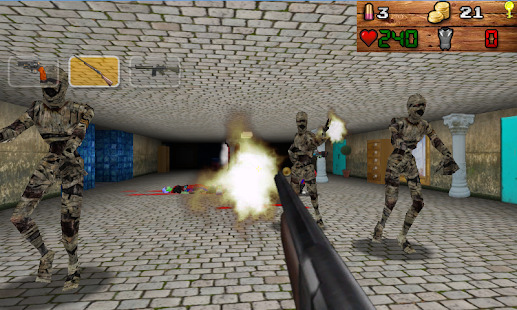 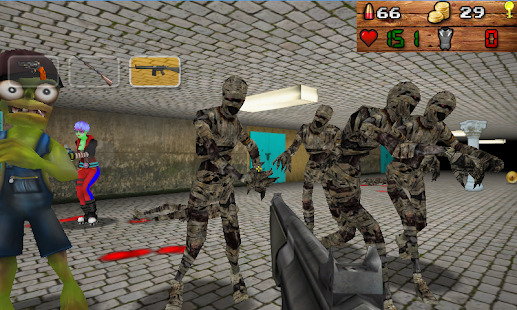 Zombie Doom is a free FPS game Halloween themed, inspired in the classic 3D First Person Shooters , where you shoot at zombies, mummies and aliens.


A bunch of evil aliens beamed down to start hell on Earth. Their plan: take humans as hostages and turn them into zombies and mummies, so that they can regain control of our planet.

Your mission? Shoot to stop the zombie tsunami!

The objective of each level is simply to locate the exit room that leads to the next area, marked with an exit sign and/or a special kind of door, while surviving all hazards on the way. The levels are sometimes labyrinthine and feature plenty of items such as additional ammo, health increases and other power-ups along the way, as well as the occasional secret areas which are not immediately obvious as a reward for players who explore more carefully. To ease navigation through the levels, a full screen map is available and shows the areas explored to that point.

P.S. This is not an static screen and "point to kill" fake FPS! Real classic free FPS game action like the classic 3D First Person Shooters!


==== Features ====
- 5 different weapons
- 36 levels
- Rescue the hostages and protect them from hell.
- Zombies, Mummies and aliens. Don't let them doom our planet and convert it into hell!
- Classic FPS engine.
- Local multiplayer (Multiplayer via WiFi)