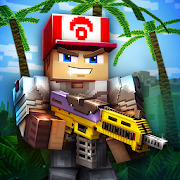 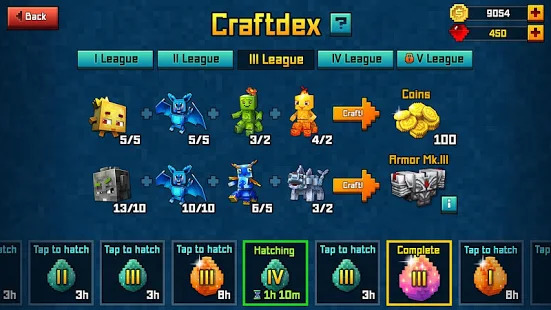 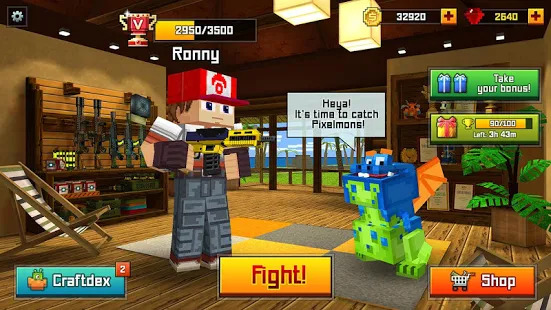 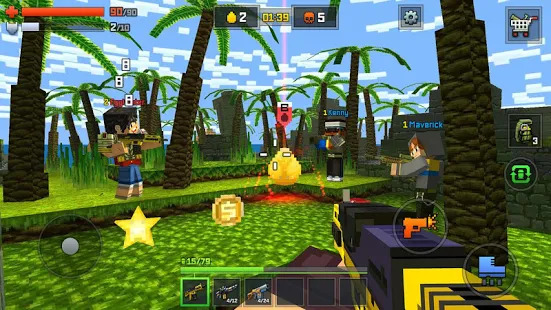 In this exciting first person shooter you will fight against other players and collect pixelmons’ eggs! By opening eggs, you will be able to build up a collection of pixelmons and create a unique weapon! An epic action game filled with unimaginable battles in full, 3D pixelated graphics awaits you in this wonderful but rough world where it's either kill or be killed!

Multiplayer!
You will be able to fight in the first person shooter against players from all over the world!
Fight in online shooting for each Pixelmon’s egg found on the pixelmon island!
Collect all eggs yourself and don’t let your enemy do it!
Defeat other players and collect trophies left after their deaths! Be the hunter before you are the hunted!
Use assault rifles, sniper rifles, grenade-launchers and grenades to win in this online shooting!
Explore every corner of the island with cute monsters! Develop your own strategy of how to collect eggs and defeat your enemies. You are the last guardian, who can safe the world! It is up to you to be the hero or not. Don't trust no one, you don’t have friends here, don't get fooled by anyone.

Crafting of Weapons and Collecting!
Open Pixelmons’ eggs in a craftdex. In these eggs you can find rare pixel creatures, build up a collection of monsters from them and create unique guns, coins and other items!
To craft a unique item, you need to build up a collection of pixel monsters.
Collect and open as many eggs as possible to get variety of different pets and build up all collections!

Wide range of weapons!
You can purchase different weaponry and armors in the store!
Large selection of firearms and armors will let you to create your own equipment for capturing Pixel Monstres’ eggs! Equip your character better than enemies to collect more eggs than other players! Fight stronger, more cunning enemies, who make this game an intense battle of wit, stealth and skill! Enjoy hand-to-hand combat and precision aiming to take down opponents. Collect your blocky weapons and get ready to aim and shoot. Understanding this will be no easy task, but an exhausting feat of brute and intelligence, you begin the fight for your life...

Hear the roar of your gun as you see another enemy defeated, always moving towards your goal!
Rush through stunning levels while choosing from pile of weapons collected and upgraded as you play!

- Fight online against other snipers in hilarious battles!
- Collect Pixelmon monsters’ eggs! Catch them all! Master them!
- Dozens of various guns!
- Explore mysterious island of Pixelmons!
- Extra rewards for joining the action in special events!
- ADDICTING gameplay (FPS)
- Suitable for young adults or even kids!
- Looks awesome on smartphones and tablets!
- EASY and INTUITIVE controls. The game comes fully loaded with amazing features! Our game interface is extremely user friendly, and boasts easy to play touch screen controls that allow you to effortlessly run, jump, reload, aim, shoot and more!

Get the app for FREE now and don't miss amazing NEW CONTENT on periodic UPDATES. If you like fighting games, you will love it! This battle is yours! Experience a 3D adventures and never-ending fun like never before! It’s time to get moving! Take the fight online and compete in special missions for rankings, or clash with other players directly in head-to-head combat! Are you ready to take the challenge?