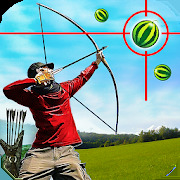 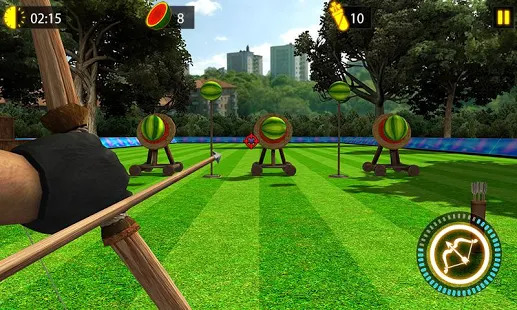 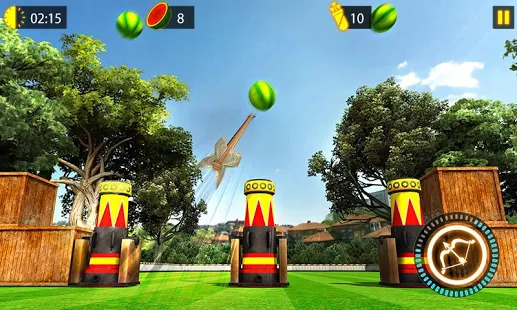 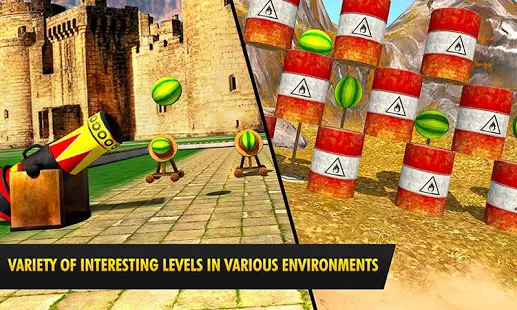 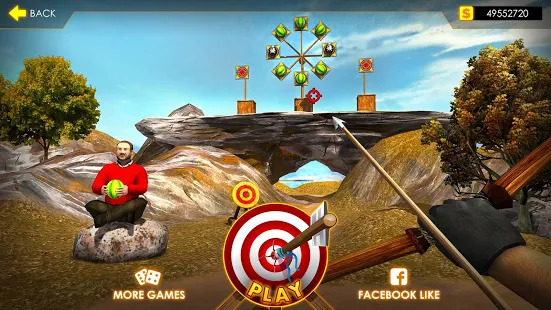 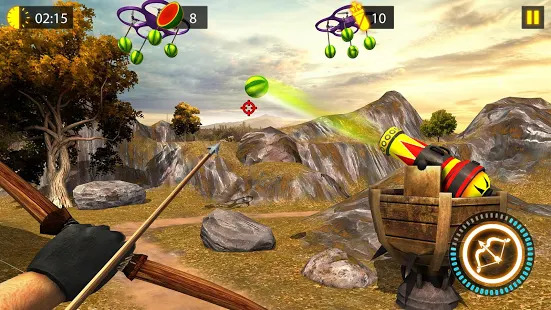 Do you love 3D archery games with bow and arrow in hand? If yes then this watermelon archery shooting game of 2018 is for you. Smash the watermelons with limited arrows of bow. To be the real bowman archery expert you need to shoot the target with arrows by avoiding mines and bombs shooting. If you hit the bombs instead of watermelon the archery shooting game will be over. As a archer master AIM and Shoot in this watermelon archery 3D game with modern bows and shotguns. in this ultimate archery shooter game, master the art of shooting arrow with bow in hand. Be the best crossbow master of 2018!

This 3D archery game of 2018 is made for our fans who loved our "Watermelon shooting game 3D" but this time there is archery shooting instead of guns and snipers. Watermelon archery and melon shooter game is designed to improve your focus and archery shooting skills level. if you like to play fruit shooter games then take accurate shots to smash and hunt all the fruits as extreme archer shooter. The big match among archers is going on in shooting arena where hunting of arrows is going on to be the archery champion. In this archery simulator game while crushing fruits you need to stay focused on target. This watermelon blast game is new archery app where you hit the target with real bows in hand. As a bowmans of fruits don’t hit the wrong target. Crush all the moving fruits with your archer shooting skills with strong hand grip. Just like other fruit shooter games you have to blast the sweet watermelon before they got crush in the crushers.

So it’s time to take bow in hand as a king of ultimate archer and hit the moving targets with furious arrows. You have to prove yourself as expert archers of fixed targets that are flying with helicopters and rotating with hurdles. The Watermelon archery Shooter 3D Game is the only first person shooting game both for boys and girls that includes all new features of modern fruit shooting adventure games. There is also a endless mode where you can slice the fruits without obstacle such as bombs and shells. This 3D shooting game is for best archery shooters who love new shooting games.