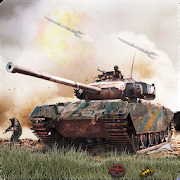 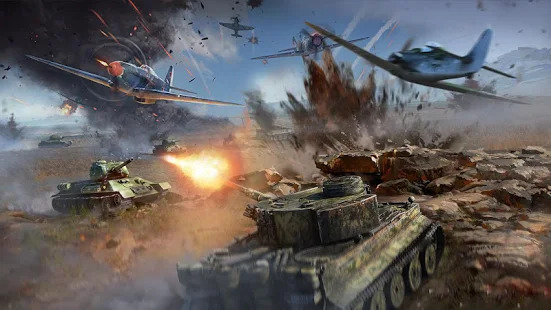 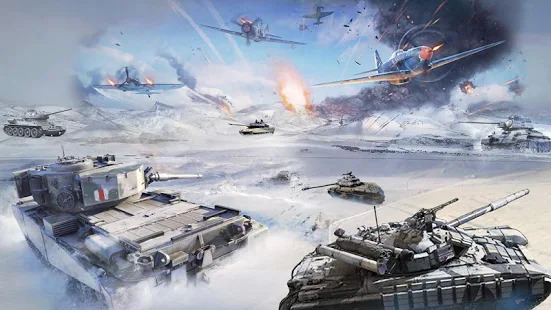 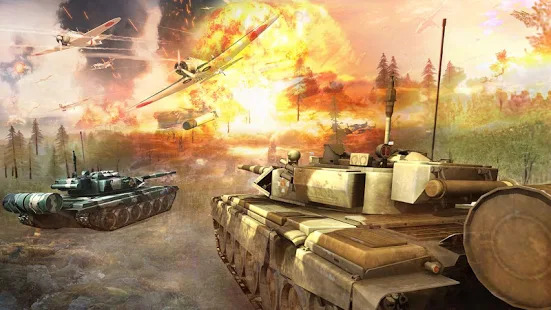 Are you ready to Experience tank war? Welcome to the new top war action games addition of World War 2 games. Are you a real lover of army tank games?
or Russian war games? Then this tank simulator is going to be the real adventure & tank action game of the week for you to enjoy real war of
tanks. The most realistic war of tanks game is ready to play. Make the best strategy against opponent army enemies. Do you have skills of military vehicles
like tanks which are fully loaded with shrapnel, bullets, missiles or shells, protecting the personnel inside from enemy fire and attack.
Enemies are going to attack your base with tanks, aircraft and ships. So be ready to defend the Russian army camp. There are conflict
zones and violent crime is common in the army tank games.
BECOME A LEGEND OF TANKS WORLD WAR !!
In World War Tanks you are going to be the command leader of tanks blitz in
this real war of tanks games. Take the army command and jump into the world war games of real tanks to destroy the enemy base and camps.
This world war 2 battle of tanks has war machines for fighting against aircraft and mini tanks to win the war of tanks. You have modern
tanks with modern war machines for tank attack so be a real tank commander of the Russian army tank games. In this world battle tanks are
considered a key component of modern armies. Modern battle tank seldom operate alone, as they are organised into armoried units which
involve the support of infantry fighting vehicles also surveillance or ground-attack aircraft.
In this best world war tank game face the tank warfare, use heavy furious tanks, long-range missiles, cavalry tanks, breakthrough tanks,
fast tanks, tank wars, tank heroes, PVP battle, tank top, army transporter, Russian Tanks, shooting game, war zone, military tanks, Machine Guns, Firefighters, armored forces, multiplayer, PK- India Real Tank and assault tanks. Use cruiser tanks for the best action in best tanks games of the play store. This is world war II battlefield against the
modern war enemies so be prepared for the new tank fighting game and enormous world of tanks. Enjoy the best tank simulator game on the play
store with a realistic tank shooter game environment.
Enjoy! Nothing but the battle of War Tanks, World War of Tanks starts as soon as you enter the battlefield. Beware off, Cannons, firing everywhere.
How to play?
- Battle starts immediately when you launch the game.
- Avoid other tanks' attack and destroy them.