Test your fighting and survival skills on the Last Shelter: Survival! Navigate the game’s post-apocalyptic Zombie-infested world, build a survivor shelter. Then meet the other remaining survivors, recruit and train them for combat, and build your own empire. Lead your small team of survivors. And turn them into skilled warriors and conquerors that can successfully survive this harsh, devastated world full of the undead.

Last Shelter Survival is more than the usual Zombie fighting game. In this game, you actually have to learn how to survive and live in a thriving community along with many other survivors. Aside from protecting yourself from Zombie attacks, players need to rebuild a livable community that is self-sustaining at the same time. Build a base, hospital, houses, lookout towers, training centers, farms, water and oil wells, military camps, and more.

By establishing a thriving community, more survivors will flock to your area. These survivors can be trained to act as protectors, soldiers, heroes, and builders of the community. The aim here is to not just kill zombies but to survive as a community as well. Your community needs food, water, oil, wood, electricity, and iron as regular provisions to survive and thrive.

Zombies can surround your community every day and night in Last Shelter Survival. But most especially at night! This is why you have to establish a strong military force for your community. You can build an army out of the survivors that can be recruited and trained for combat. Heroes can also enter your community too. These characters have unique skills that can kill hordes of Zombies faster and easier. Train your men in military camps, and arrange their formation before deploying them out against the undead.

Heroes are useful in battles, production, and construction activities. Some Heroes will arrive at your base voluntarily, but you may also recruit more of them from the Heroes Hall with recruitment tickets. You can also build an exclusive Heroes facility once you progress far in Last Shelter Survival. Heroes are not made equal, and the type of recruitment ticket you have will dictate which type of hero you will get. Super gets you a superhero, while advanced gets you an advanced hero. Normal tickets will only get you an average or normal hero.

It would seem that there is a lot of stuff going on in Last Shelter Survival. Zombies are outside your fences, and your base needs to be repopulated with more buildings and facilities. However, all these can wait. Just let the game take its course by following the main quests of the game. The main quests actually double as a tutorial guide for you to build a better community. You will definitely progress faster when you complete these quests in order. Aside from that, you will get rewards after every accomplished quest!

How to Earn Free Items and Points

Your community needs provisions in order to function and survive. This includes food, water, electricity, oil, wood, and iron. You can also get coins and cash in the game. These resources will deplete if you are not resourceful enough. So you have to find ways to earn extra resources whenever possible.

Of course, you get free resources by completing main quests. Aside from that, performing daily tasks and participating in limited time events will get you free items, points, and coins. You also get to have a daily supply of goodies by redeeming them in the daily supply tab each day.

Join the fight to rebuild a broken world in Last Shelter Survival online download! Check out our Strategy Games page for incredible challenges in Final Fantasy XV: A New Empire and Boom Beach!

Experience a new kind of farming adventure with My Free Farm 2 desktop download from veteran video game developer Upjers GmbH. Relive the glory of your farming days in a rich new platform! It comes complete with a day and night cycle and highly-detailed structures and environment. What are you waiting for? Immerse yourself […]

Pick up a gun and top hat. You’re up on the wall. With the city under constant threat of a zombie attack, you’re in charge of standing guard and defend your sector from the horde. So grab your weapon and bring an ally. It’s your turn for watch duty in Zombie Guard unblocked games at […] 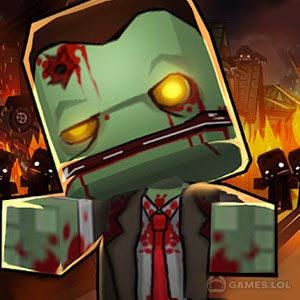 From the makers of Call of Mini Infinity, Battlefield and Doubleshot come Call of Mini: Zombies! It’s a timeless classic in the mobile platform thanks to its fast-paced shooting mechanics and easy controls. Sure, it may look like another Minecraft-based zombie shooter game but you’ll never get enough of its horde-style zombie gameplay! Best of […]

Need for Speed: No Limits

It’s alright if you do not have a driving license for this car games unblocked. In Need for Speed No Limits, you do not need a driving license to be zooming down the streets. Enjoy a fast and furious car racing experience with your virtual sports car. Customize and build your dream ride with all […] 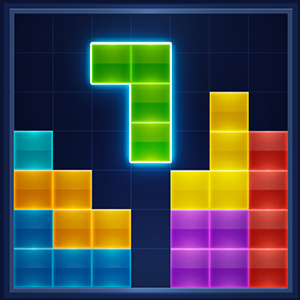 If you’re a fan of puzzle games, you will definitely enjoy Puzzle Game published by Mahjong Solitaire Mahjongg. Experience a new level of puzzle games unblocked online with interesting and challenging block type of puzzles. Exercise your mind, form effective strategies to match all the blocks. Puzzle Game is a Tetris-inspired game packed with challenging […]

Granny Updates That You Need to Know

If you haven’t been up to date with the horror game Granny or if you’ve been too scared to finish it, we’re letting you know right now there have been some major overhaul in the gameplay department. With a completely different way to escape the house, a new creepy visitor and a Slenderina easter egg […]

Captains who are playing from SEA rejoice! Mihoyo is releasing the much-awaited November 2018 update that includes a chunk of on-demand Valkyries, stigmata, and weapons that will be available on the next Expansion Supply gacha.   Along with the additional unlockables are some major additional game modes including a brand-new open world mode that […]

By that title, we mean Expect Premium – premium experience but with payments for premium We don’t need to sugarcoat you on this one: Harry Potter Hogwarts Mystery is one of the most fun yet most frustrating magic games ever made. While it possesses everything you love about the Harry Potter franchise – the characters, the […]