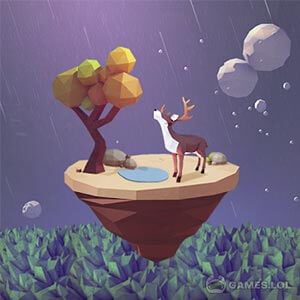 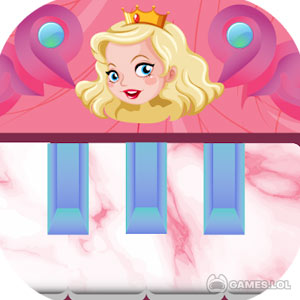 Like A Dino! – Play This Fun & Simple Casual Game

If you’re someone who loves playing music games, then this is a game that you will love playing. It’s titled Like A Dino!, a music game that Hyun-Joong Kim publishes. It’s a typical music rhythm game where you try to follow tiles to play the song and earn points in the process. And like with a typical rhythm game, it’s game over if you miss a tile.

But what’s different here is that you use a dinosaur to play instead of just tapping on the tiles. You control the dinosaur to play the music through the tiles that are dropping down. Let’s discuss the gameplay of this game in the next section in more detail, so you’ll know what to do.

This musical game won’t have a tutorial since the gameplay is very easy to learn and figure out. You move the dinosaur left or right to catch the tiles that are falling. There’s a line near the neck area of the dinosaur. That’s like the bottom of the path where the tiles fall. If a tile hits that line, it’s game over. You can continue the play as long as you still have lives left.

As you catch the tile, the dinosaur’s neck grows longer. The music tiles don’t have the same length as some are longer than others. This indicates that your dinosaur needs to stay longer in that area to get all the tiles dropping. You earn coins as your dinosaur catches the tiles. The coins are used to unlock songs and characters to use.

That’s right; there are different characters to use in this music game. You can already unlock one character for free, which is Dina, Dino’s girlfriend. Dino is a green dinosaur, so the theme is green as well. But when you use Dina, the theme changes to pink. The other characters are unlocked via coins, which is why you need to earn as many of them as possible.

The Features of this Casual Game

If you enjoy playing this casual game, then you should also try playing Doctor Pets or Word Search Angry Kraken. It might be quite different from what this game brings, but it is surely fun! Plus, they’re both free to download and play, so give them a try.