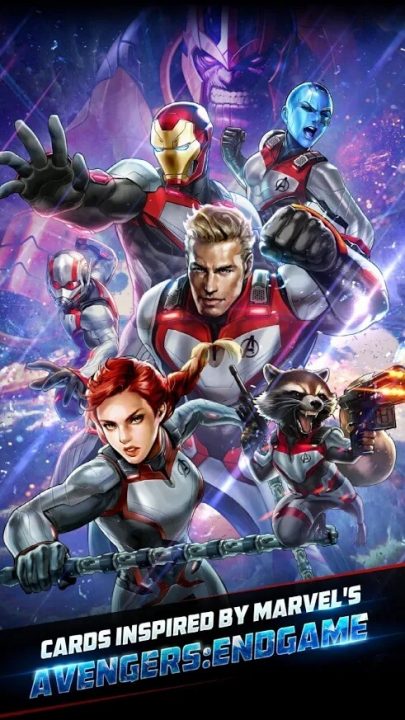 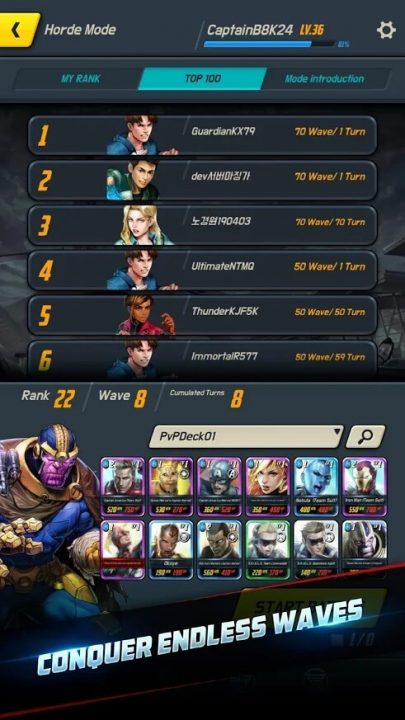 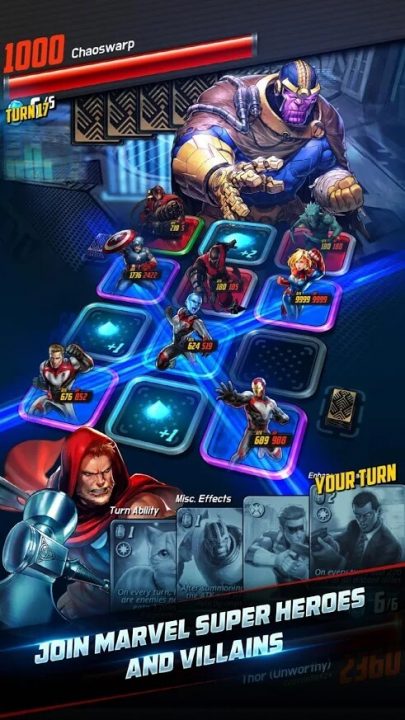 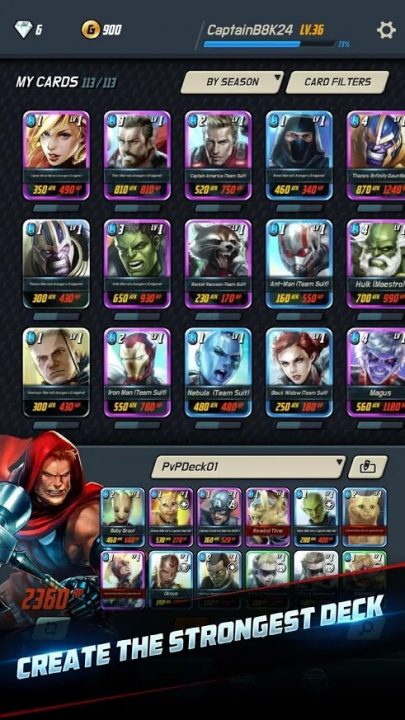 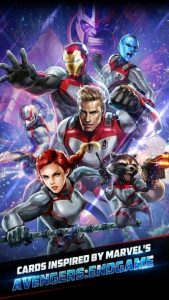 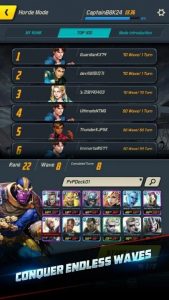 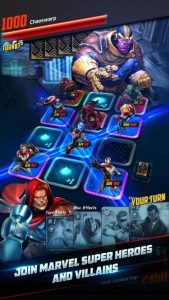 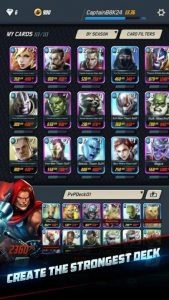 Install and log in now to get an Epic Iron Man card!
Earn tons of rewards in Avengers event stages!

Control the battlefield using your favorite Marvel heroes, and compete with players from all over the world.

Join legendary heroes on a quest to collect fragments of the Cosmic Cube and save the universe!

Create Team Synergy with characters from the Avengers, Guardians of the Galaxy, S.H.I.E.L.D., Wakanda, and the Spider-Verse!

– Collect and upgrade Marvel characters like Black Panther, Doctor Strange, Loki, Ant-Man, Venom, and Rocket Raccoon!
– Meet fan-favorite versions of popular Marvel characters straight from the comic page and the movie screen!
– Use amazing skills and astonishing cards to dominate the battlefield!
– Featuring a never-ending roster of heroes and villains, with more along the way!

– Form Battle Lines to take out the enemy!
– Use strategy to outplay your opponent!
– Summon characters from the same team to activate Team Synergy!

– Show you’re the strongest there is in real-time PvP modes!
– Face Ultron and his minions to take back the Triskelion and climb to the top!
– Upgrade your deck by training in single mode.