Run, swing & fight as Spider-Man in an episodic story & battle the Sinister Six!

Collect and unite every Spider-Man and Spider-Woman to fight the ultimate threat in a story-driven endless runner!

Experience a story that feels like it jumped straight from the Marvel Super Hero comics as you recruit an army of amazing Spider-Verse champions. Combat the new Sinister Six, who have opened a dimensional portal in New York to summon endless versions of themselves! This exponential evil is moving from dimension to dimension, destroying each one. But their sinister games end here!

What awaits you after the Sinister Six? Maybe you’ll swing with Venom, team up with the Avengers, have a homecoming with Spider-Gwen, help fend off a Civil War, and much, much more!

• Enjoy the thrill of the first Spider-Man web-runner! Swing, run and fight through a chaotic Manhattan in over 7 different Marvel environments!
• Go beyond a simple run with unique gameplay! Fight in battles against dimensional super villains, swing, wall-climb and skydive!
• Play Story mode games with 5 boss battles and 25 missions per Issue! New daily and weekly events with spectacular rewards in Events mode! Or climb up the leaderboards in Unlimited mode!

• A continuing episodic adventure: The Sinister Six are moving from dimension to dimension, destroying everything in their path – and our world is next! But it ends now… with an army of amazing Spideys, Avengers, Symbiotes and other Super Hero champions!
• Dive into an amazing Marvel Universe spanning over 50 years of Spider-Man movie and comic book content with iconic characters, including dimensional Spideys, multiple variations of each villain, as well as Nick Fury, Mary Jane Watson, and Black Cat!
• Written with an experienced Spider-Man comic writer to ensure a faithful recreation of the Spider-Man comics!

THE MOST SPIDEYS EVER IN A GAME… INCLUDING NEW SPIDER-WOMEN!

• Summon, collect and run with a nearly endless number of Super Hero champions featured throughout the Marvel Universe, including Superior Spider-Man, Scarlet Spider, Ultimate Spider-Man and even Nick Fury from the Avengers comics!
• Collect, fuse, and level up your Spidey cards, each with its own unique in-game benefit. You can even send them on Spidey Ops missions to free the men, women and kids of Manhattan from evil!
• CONSISTENT RELEASE OF NEW SPIDER-MAN CHARACTERS!

This game means a lot to me.

post
Free 0 USD
April 26, 2019
★★★★★
5 5 1
“I've been playing it on and off since it came out when I was a kid. The only reason I've deleted it in the past was because of how much space it took up and how pay2win it was. I was very happy when i redownloaded it last year to realise that my problems with the gake were fixed and that it was easier to advance in the game.”
- Harish Ramachandra

All Reviews for MARVEL Spider-Man Unlimited

This game means a lot to me.

post
Free 0 USD
April 26, 2019
★★★★★
5 5 1
“I've been playing it on and off since it came out when I was a kid. The only reason I've deleted it in the past was because of how much space it took up and how pay2win it was. I was very happy when i redownloaded it last year to realise that my problems with the gake were fixed and that it was easier to advance in the game.”
- Harish Ramachandra

What could be cooler than Hot Wheels brought to life in an awesome racing game? If you loved the die-cast toy cars, then you will also enjoy Hot Wheels: Race Off unblocked car game! Witness your well-loved cars in action in this fast-paced game. Win races, perform awesome stunts and collect your favorite Hot Wheels […] 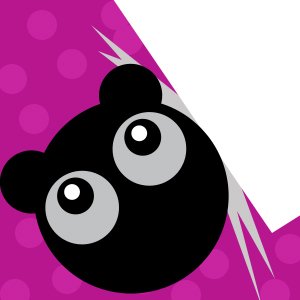 Keep It Alive! is an endless runner arcade game that combines a good mix of physics-based strategy and fast reflexes. Similar to Serkan Ozyilmaz’ Rise Up, players will have to protect their cute little monster from being hit by obstacles. This is reviewed as one of the best games unblocked in the entire world!   […]

Perhaps, most girls dreamt of being a fashion designer at least once in their lives. Who does not love the thought of matching colors and styles to emanate your own image? Nobody! Enter Red Carpet Dress Up Girls Game Unblocked, a game that bears a semblance to classic Y8 dress-up games. Go ahead and read […]

Are you crazy about football? Take on the fever and play against your family and friends in a friendly yet intense game of football. Make your name known in the leaderboards and strut it on the field like the football superstar that you are. Download Football Strike – Multiplayer Soccer and become the greatest football […]

Attention to all novice car drivers! The best 3D car simulator racing game is now available for PC download. Learn how to drive a car in the best and most effective way. So, don’t forget to make the right turns, follow the road signs, and of course, wear your seatbelts. Become the perfect and […]

Would you believe that? Games.lol will finally have Mortal Kombat for PC in our kollection soon! By that, we mean the renowned mobile version now ported for direct PC play – and it’s free! If you search for a Mortal Kombat game that demands low PC requirements, then we got you covered. Yes, MK9, MKX […]

Honkai Impact 3 made a huge impact to the F2P RPG category. Even to this day, it’s still one of the best-made gacha game. Its stellar semi-cel-shaded graphics, all-star voice-over cast and a slew of content will take you up to hundreds of hours and still not get tired of it! MiHoYo keeps on releasing […]

Subway Surfers has earned its sixth candle on the cake!   Created by game developer Kiloo, the world rejoiced when Subway Surfers first made its debut on the 24th May, 2012. Till date, there are at least 1 billion downloads of this game and 27 million active players daily!   It is also the first game in […]

Mobile Legends x The King of Fighters is Now Available