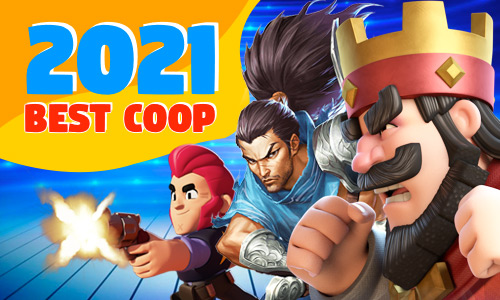 When it comes to playing video games, multiplayer games are probably always on the top of many players’ lists. That’s because when you play multiplayer, it means you are playing against other people and not just the game’s AI.

Are you an avid fan of mobile multiplayer games? Have you ever thought of playing these games on PC? Can you imagine what a better experience would it be if you can witness all the fast-paced action on a wider screen?

If you’re into 5v5 MOBA games, then download Arena of Valor: 5v5 Arena Game. This online multiplayer game is similar to the concept of Mobile Legends—you get to battle opponents, destroy towers, and annihilate their nexus.

However, Arena of Valor is more intense and action-packed. Other than that, this game is best for beginners as each of the champions are easy to handle. Plus, you can meet some DC superheroes like Superman, Batman, Wonder Woman, and the Joker for a limited time.

If you prefer playing role-playing games instead and you wish to play with anime characters, then download Gacha World on PC. Among other mobile multiplayer games, this game is more than just cute or kawaii.

Instead of battling out Gacha characters in different game modes—which include the Story Mode, Boss Raids, Events, PVP League, and Tower Mode, you can customize your gacha summoner. Plus, you can even choose your own team of characters for the battle.

Aside from the games mentioned, our catalog contains a variety of multiplayer action games that you can enjoy. Among these include FPS shooting battles, sports tournaments, race car battles, and more.

So, what are you waiting for? Don’t miss your chance to get these exciting multiplayer games FOR FREE at Games.lol. Playing your favorite mobile game on PC is a whole new world—you’ll see. So let the fun begin!