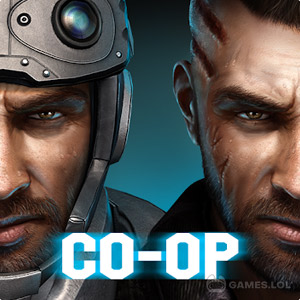 Fight Zombies in Overkill the Dead: Survival for PC - Download for Free Kill As Many Zombies As You Can To Survive

You also have to gather resources and materials to keep surviving in a harsh, dangerous world. Make sure you guard your materials well and take advantage whenever any sort of assistance comes.

The game has easy to learn controls. Just slide the screen to shoot on any direction, and use the other hand to load more ammunition, props, and firearms. Show off your shooting and survival skills and try to survive a zombie-infested doomsday in Overkill the Dead: Survival.

Arm Yourself with Different High-Powered Weapons

On this game, players can get to choose from over 16 high-powered and diversified weapons. Take your pick from different types of machine guns, snipers, sub-machines, rifles, and close combat weapons. All these weapons can help kill off zombies that are unfortunate enough to come across your way.

Overkill the Dead: Survival can be played in different modes and locations. Fight zombies out on highway streets, dark alleys, and abandoned stations. Play the game in Defense Mode, Elimination Mode, and Snipe Mode. You will encounter not just typical human zombies, but also canine zombies, zombie guards, and nurses!

Play Overkill the Dead: Survival every day to receive rich rewards and free gifts! The items you get can be used to kill more zombie and survive longer in the game. You also get more freebies if you play the game for many hours each day. Survive Overkill the Dead by collecting resources while you shoot and kill zombies out in the open!