Pirate Kings | Download Pirate Games to Your PC for Free

Say Ahoy! and do everything a pirate king does in the online Pirate Kings for PC. In this pirate game, you can make a lot of money with just a click of a button. Explore and conquer breathtaking and exotic islands and begin your quest for gold, coins, and pride. Battle against your pirate friends and join the millions of rival pirate kings from all over the world. Collect all pirate characters, get a chance to open free chests and earn coins every day! Learn all the hacks that you can do to make your pirate king the greatest in history.

Do not let Red, the greedy pirate succeed in his plan of building an empire near you, wreak havoc upon him and restore the peace back to the seven islands. Have the time of your life looting the booty of other pirates, complete pirate missions, join pirate battles, and become the Ultimate Pirate King. Download Pirate Kings today to your PC.

Upon opening the game, you will immediately see Pirate News and from there you will be able to see the attacks made on your island while you were away. On the top right side, you will see how much money you have earned as well as the stars that you have earned. There is a wheel where different events can be found. The game also has a daily bonus option where you can win cool prizes. Hacking does not have a place in Pirate Kings because it is so easy to win in the game.

In Pirate Kings online, you don’t just make yourself rich by exploring and making mountains of gold, but you can also get rich by ransacking your rival kings’ islands. But remember that if you can attack another pirate’s empire, others can also attack yours. Decimate your rival kings or get revenge on a pirate who has recently attacked you. There are many things to do in Pirate Kings and there are so many reasons to love this online pirate game.

Be One Of The More Than 70 Million Pirates

Since it was released, Pirate Kings has reached an impressive milestone of having more than 70 Million Players from all corners of the globe. Join the ever-growing number of pirates and battle with your pirate friends! Conquer magnificent islands with your trusty sidekick and become the best Pirate King. Build your own personalized island or win a mountain of gold in your battle against your Facebook friends.

Set Your Sail And Spin The Pirate Wheel

Try your luck in the Pirate Kings Wheel and win loads of coins that you can use to build your empire. There are plenty of prizes that await you. And when you attack another pirate, you have the chance to win coins, steal their loot, and other rewards. With luck on your side, you might land on the Golden Wedge and take millions of shiny gold coins with you. Land on a Bomb Strike and you can win bombs and cannons that will help you in fighting against the evil Red Pirate and his powerful ship.

Unlocking the next island is not as hard as you think. If you really want to move on to the next island easily you just need to buy all the items needed in your current island. Simply complete all the upgrades and you can have a new island and let your old island mine gold for you. To increase the amount of gold you can collect in your old island, hire crews and they will do the job for you.

Maximize your earnings by going back to the wheel and spinning as many times as allowed per day. This way, you will always walk away with at least some coins. You can also play in mini-games once a day to earn more cash. Remember that the goal is to collect as much gold as you can. This will allow you to upgrade your ship and dominate newer and more challenging islands. Make use of the wheel and have fun spinning. If you want to make the experience easier, you can try out the hacks for Pirate Kings on the Internet.

Earn 10 free spins and obtain free gems by inviting your friends to play the game. You can also have free spin if you watch video ads. Make use of this feature and win great rewards.

Be the master of your own pirate empire in this online pirate game. Download now for Pirate Kings! Check out more casual games where you can build an empire such as AdVenture Capitalist and Tiny Rails!

Follow these easy steps to complete
your Pirate Kings™️ installation.

Leave a Review for Pirate Kings™️

All Reviews for Pirate Kings™️

Hello Kitty All Games for kids

Do you enjoy playing simulation games? Check out this awesome adventure that lets you build your dream home and live a dream life. Your sim life awaits in the Home Street – Home Design Game PC. Wondering what to expect in this sim adventure? Would you like to design your dream life? Step into the […] 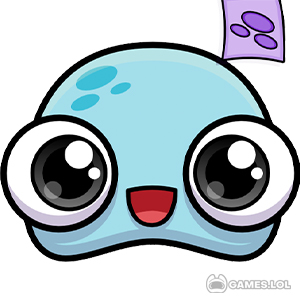 Meet Loy, your new alien virtual pet in the Loy Virtual Pet Game! Well, you can actually rename him to a different name if you like. But he will be the same cute and adorable alien pet that you can play with! Take good care of Loy, and you will see him grow and evolve […]

Relax and Play With The Cute Spoon Pets Here’s another Sanrio game collaboration. Spoon Pet Collector online is a pet simulation game where you can open your very own pet cafe or home and play with Sanrio spoon pets all day long! Just prepare a great place, lay out goods and food, then wait […]

Ever since its inception in video games, Incremental Games has been able to attract a community of followers from around the globe. What started as a simple cow clicking game has evolved into one of the biggest genres in gaming. Are you part of the huge population following this unique genre? Or a curious […]

Dead Trigger 2 is one of the goriest free-to-play zombie shooter games ever made. Coming with fantastic visuals thanks to the Unity Engine, very responsive controls and tons of unlockables to earn, Dead Trigger 2 sets itself apart from other undead killers with its generosity of quality content. However, the game can get pretty daunting; […]

Captains who are playing from SEA rejoice! Mihoyo is releasing the much-awaited November 2018 update that includes a chunk of on-demand Valkyries, stigmata, and weapons that will be available on the next Expansion Supply gacha.   Along with the additional unlockables are some major additional game modes including a brand-new open world mode that […]