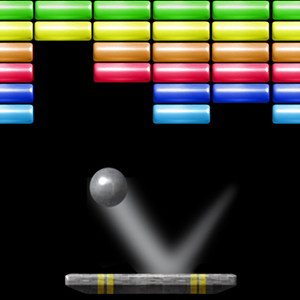 Rabbitdom – Destroy All Evil Bricks In This Casual Arcade Game The Rabbit Kingdom is under attack by evil bricks and it’s your job to stop them from taking over. This is what you will do in Rabbitdom, a casual arcade game published by XCHANGE. In this game, evil bricks are invading the kingdom and you have to eliminate them all. To do this, you will be using bouncing balls.

That’s right, small bouncing balls will help you defeat these evil bricks. The gameplay is very simple and easy to learn, but it’s not easy to win it. To see how simple and difficult this game is, proceed to the next section where we discuss how to play Rabbitdom.

When you start playing Rabbitdom, there’s a short cinematic that shows evil bricks invading and imprisoning Rabbits. After that, you start eliminating evil bricks, and to do that you need to hit them with bouncing balls. Before you start, you are given an option to purchase a trace line to make it easier for you to aim bouncing balls. Since they’re bouncing balls, they will bounce on whatever they hit.

Your move will end once the ball bounces back to you. Once it does, the bricks will move 1 step towards you. Now, each brick in Rabbitdom has a number that represents their lives. It represents the number of bounces needed to eliminate them. At first, the numbers are low but as you progress further on the attacks, the number gets higher. Don’t worry, since the ball also increases as you pass by a circle with a plus sign. This gives you more balls to use.

Since the ball bounces, you can also use that to your advantage and hit bricks multiple times. There are also gold coins that you can hit and acquire. The gold coins are what you use to acquire the extended line trail at the beginning if you don’t want to watch ads. The game will end once a brick reaches the bottom.

Hence, you need to make sure that you eliminate these evil bricks before they reach the bottom. Some bricks have chests on them, so eliminating that brick means you have a chance of getting that chest. It’s usually full of wonderful prizes as well as boosts that can help you.

If you enjoy playing casual games like Rabbitdom, then you should also try playing Red Ball 4, a casual game. Ballz is another fun casual arcade game that you can try.