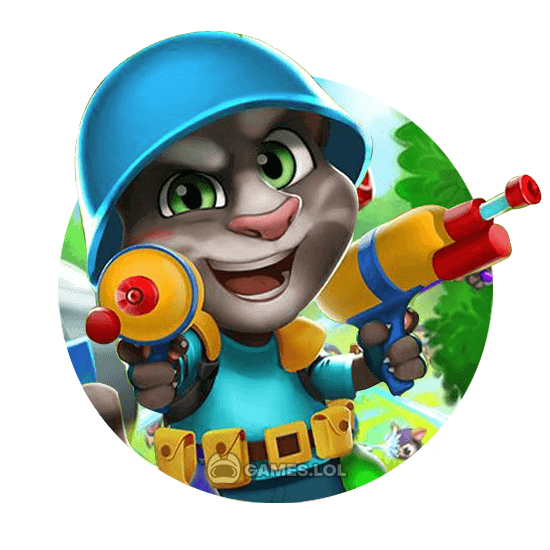 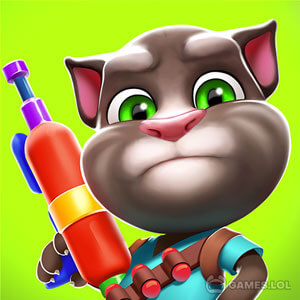 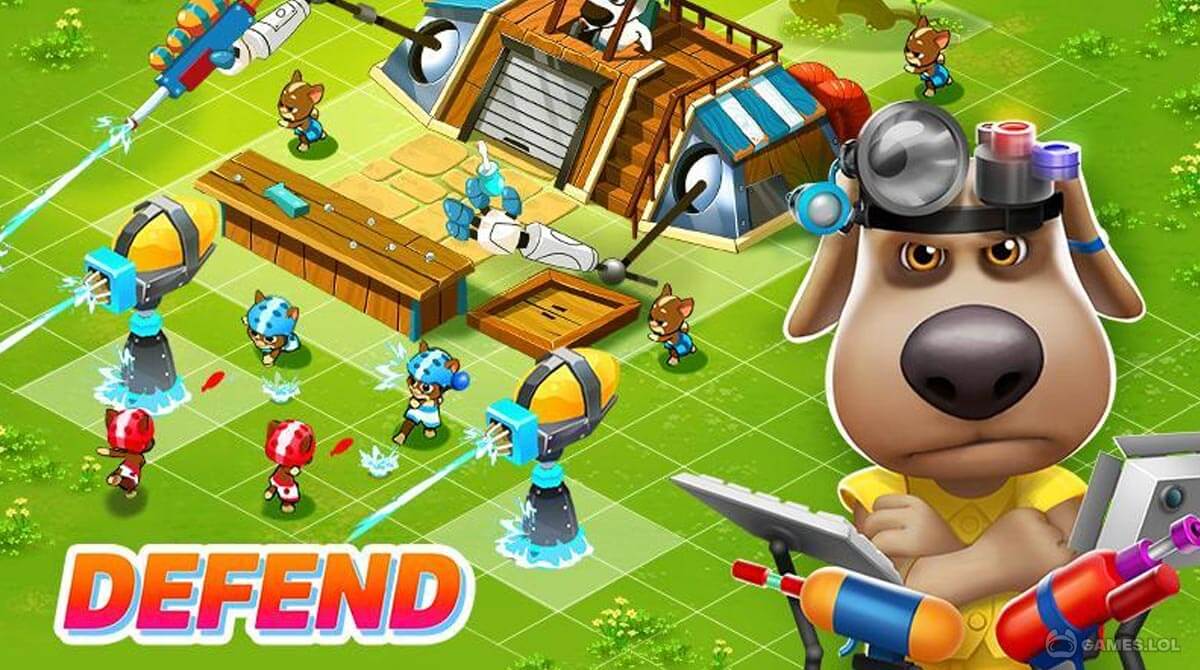 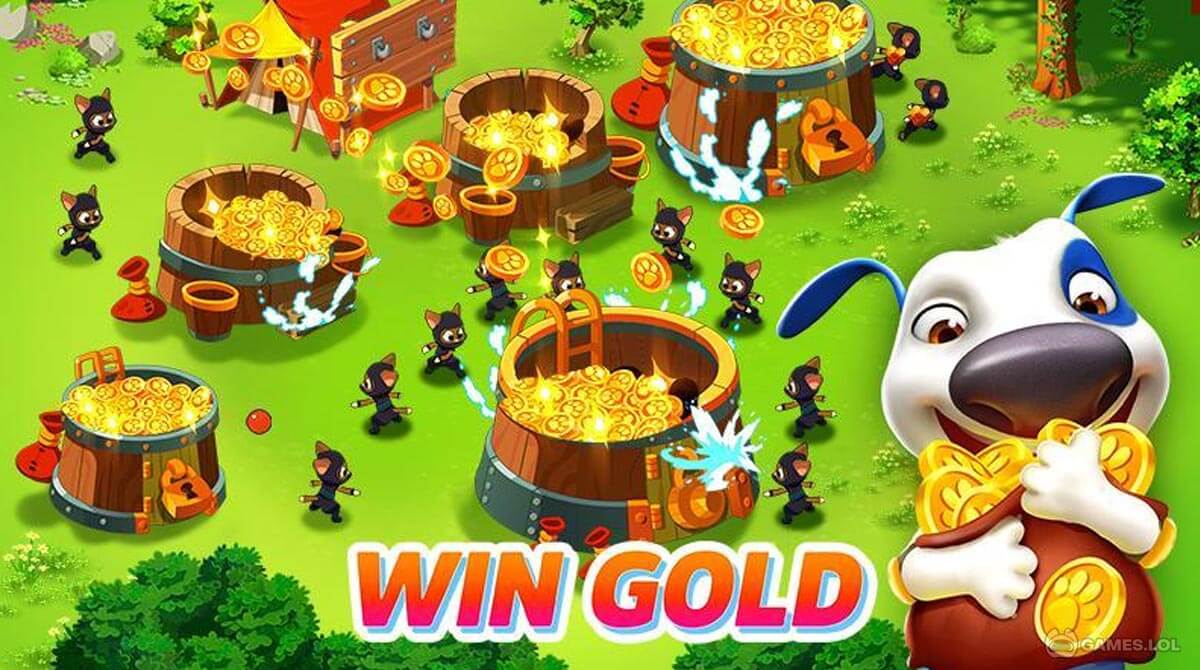 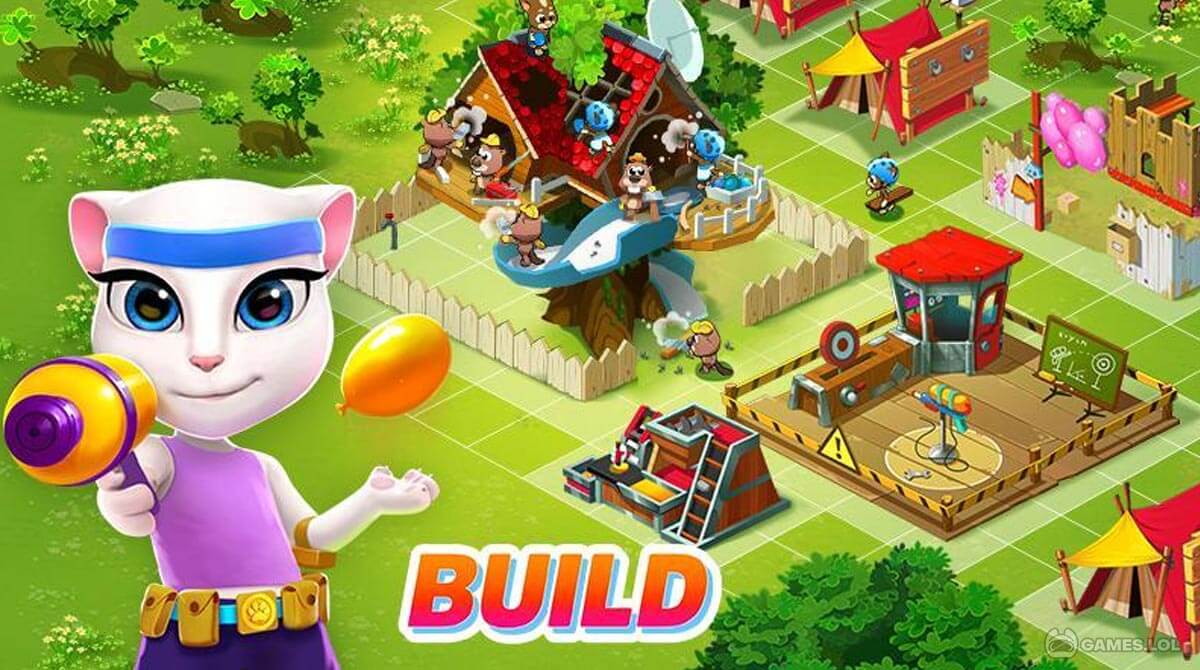 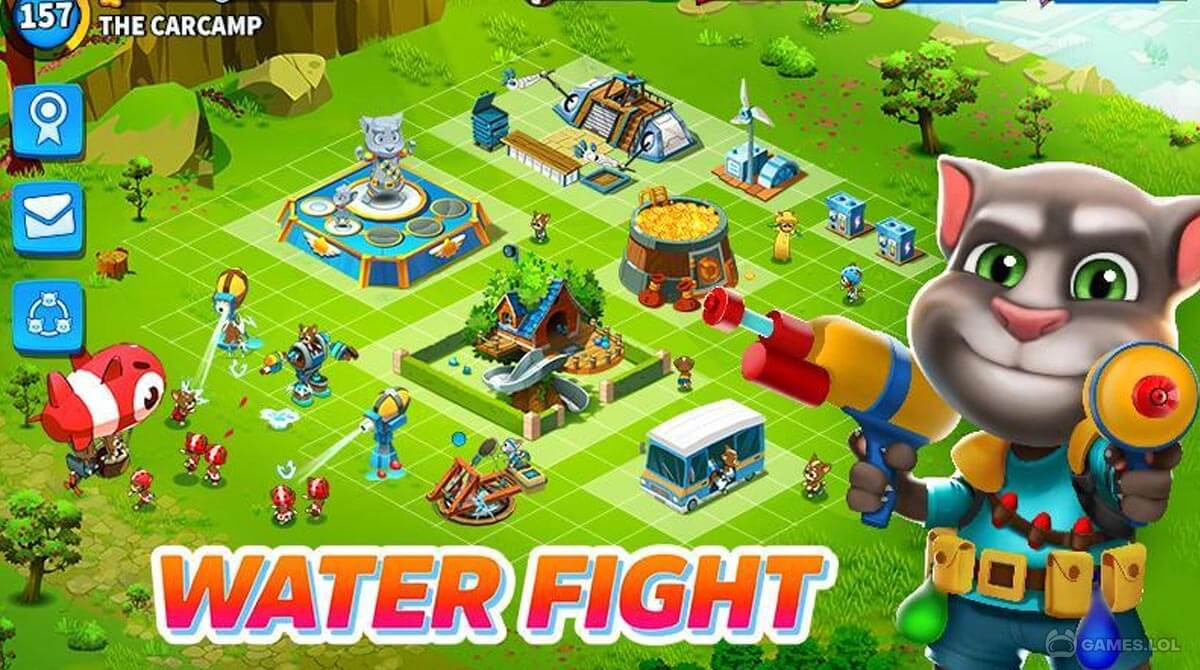 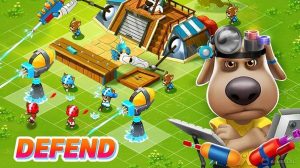 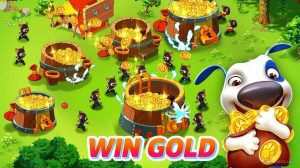 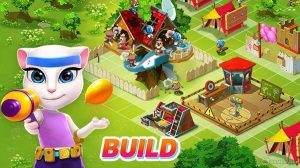 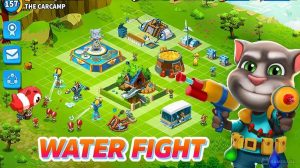 If you are thirsty for some intense strategy action, then Talking Tom Camp might just be the game for you! Join Talking Tom and Friends in an explosive strategy game unblocked for PC. Build an impenetrable fortress and defend it now.

Build an impenetrable camp, train armies, and become the master in the greatest free-to-play water warfare on mobile and PC! So what are you waiting for? Jump into a new Talking Tom gaming experience today by simply clicking on the “Play Now” button on your screen. Get a free unblocked Talking Tom Camp download here.

The Talking Tom Camp game is nothing like its predecessors as it shies away from the usual digital pet gameplay style. And for the first time ever, Outfit7 has unleashed a game that features all of the characters in the Talking Tom Cat universe in high definition and animation. The best part, however, comes from the new strategy-based mechanics from which the Outfit7 team has done a great job developing.

Talking Tom Camp PC employs the use of basic gameplay elements that are commonly found in most strategy games. Economy management, resource gathering, and application of upgrades are just examples of the activities that you can also experience in this brilliant game.

Build the ultimate camp and generate your own resources on Talking Tom Camp play. Use the resources you collected to build various defensive structures and contraptions. One example of a defensive structure is the Bird House. This is very effective against flying enemies.

Aside from that, there is a wide variety of troops you can use to attack enemy camps. Check out the game today free of charge and enjoy hours of what could be the best water warfare strategy game ever produced by Outfit7. Get a free download for PC now!

If you want to check out more strategy games, you might want to try Cut the Rope FULL FREE or The Battle Cats. Get a free unblocked download to enjoy these games on PC now!