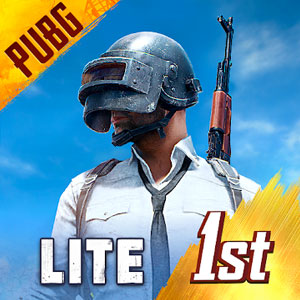 Dominate the arena and eliminate all your enemies in the fast-paced, massively multiplayer online action game, Unknown Last Pixels Battle Royale. With pixel-style graphics and interactive gameplay, your skills will be put to the test as you are forced to survive on a deserted island surrounded by opponents who want you dead. Do you have what it takes to survive and get on top unblocked games rankings?

Equip yourself with weapons and armors found in every location. But beware, you can’t get items easily. See that shiny gun lying on the ground? Someone might be hiding in the bush waiting for the unsuspecting you! Use your wits and play smart because if you don’t, you will not last long. Unknown Last Pixels Battle Royale is perfect for you if you are looking for action and adventure packed in one game.

You will be pitted against up to 40 players who will fight tooth and nail to survive on a remote island. You will have to start with no equipment and weapon as you need to earn everything in this game. Loot each location with supplies that you need to survive.

Play with Millions of Other Players

Unknown Last Pixels Battle Royale is a battle arena for millions of players around the world. Play with your friends in this PVP online multiplayer game. But remember, once you are in the game, no one can be your friend. You have to fight against your friends because there can only be one winner.

Ready yourself because you are about to get immersed in a massive map that you can explore and conquer. The game world features different elements that can help you win against your enemies such as hiding spots, secret places, and loot zones. Use everything in your advantage and survive in this massive world.

The game features a great arsenal of weapons that you can use to give you a competitive edge against your opponents. From handguns to machine guns and heavy artilleries, Unknown Last Pixels Battle Royale has everything that you can wish for. Search secret locations for hidden weapons and ammo. Ultimately, you can try to look for rare weapons that will give you a great advantage over your enemies.

Dominate other teams in the squad mode by bringing 4 of your friends into the game. Fight your way to survival and devise your own strategy to defeat other squads. You can create specific roles for each squad member so that you will have an advantage over your opponents. Remember, Unknown Last Pixels Battle Royale’s intense gameplay is best played with your best friends.

Once you are in the drop zone, other players will try to get the best weapons thinking that they will win the game if they secure powerful weapons early on. However, this means that there will be early fights, and you will not want to get caught in the bloodbath and be eliminated within the first few minutes. Play smart and avoid getting into early engagements until you get decent weapons and equipment. Once you have collected your needed items, there will be fewer players because others have already been eliminated and you already have powerful weapons to defeat the remaining players and win the game.

Each weapon has different advantages and disadvantages that you need to familiarize yourself. By knowing the strengths and weaknesses of your weapons, you will be able to maximize them in defeating your enemies. Be sure to equip yourself with as many weapons as you can get, and diversify your arsenal with guns that you can use for short and long-range assault.