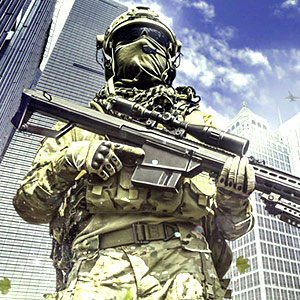 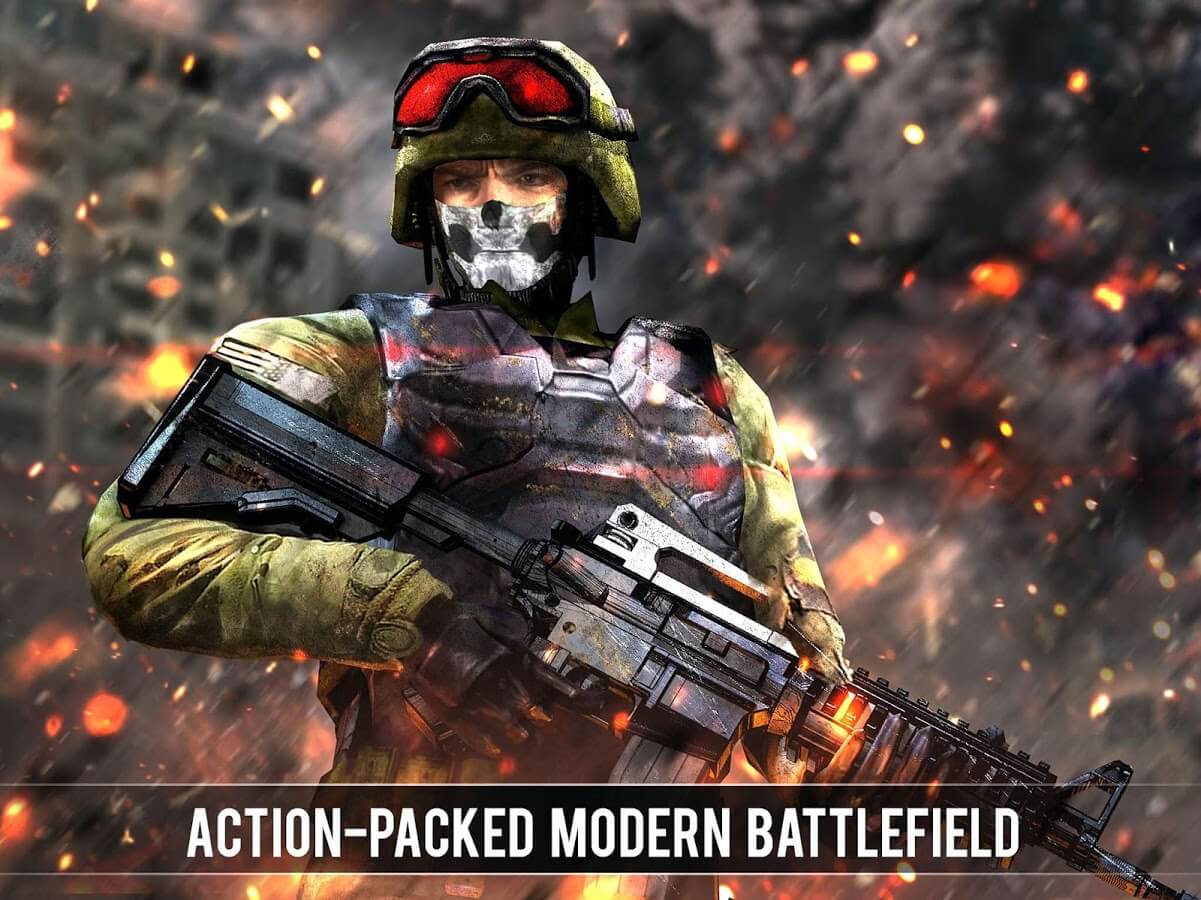 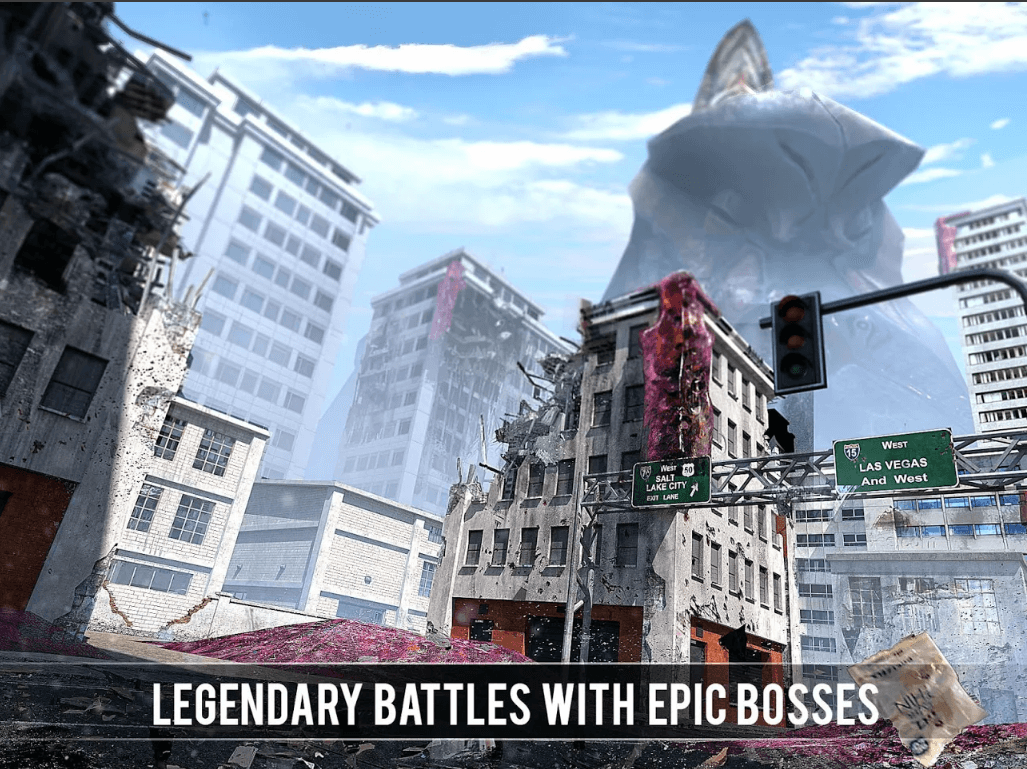 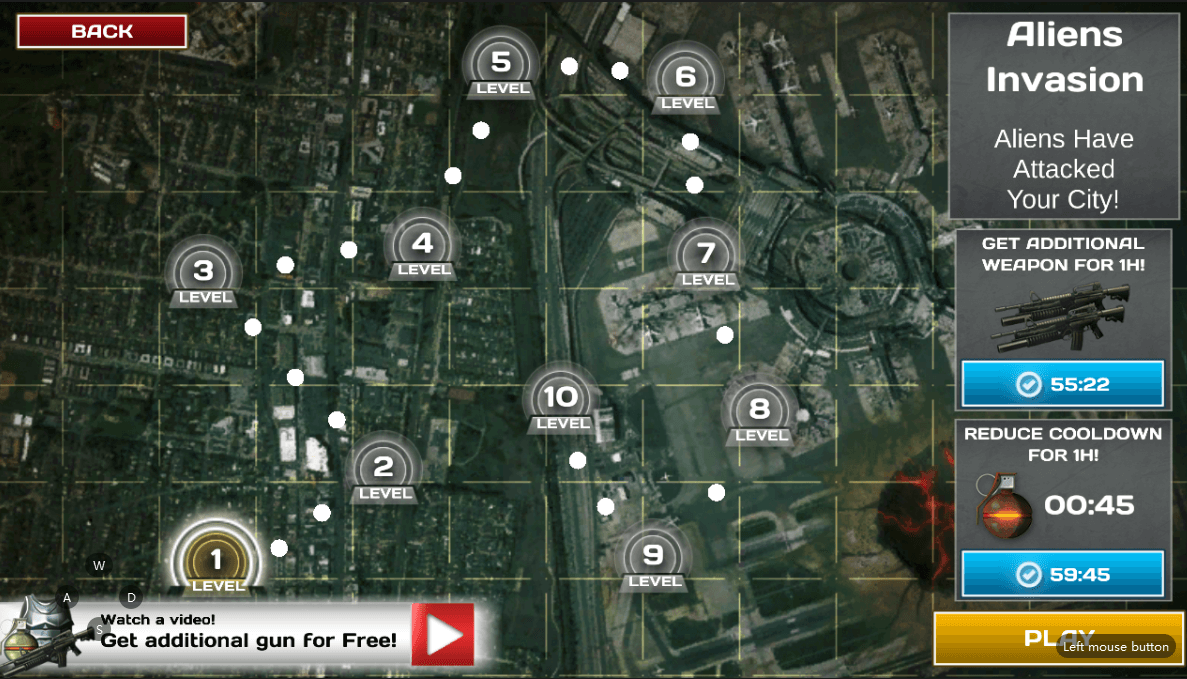 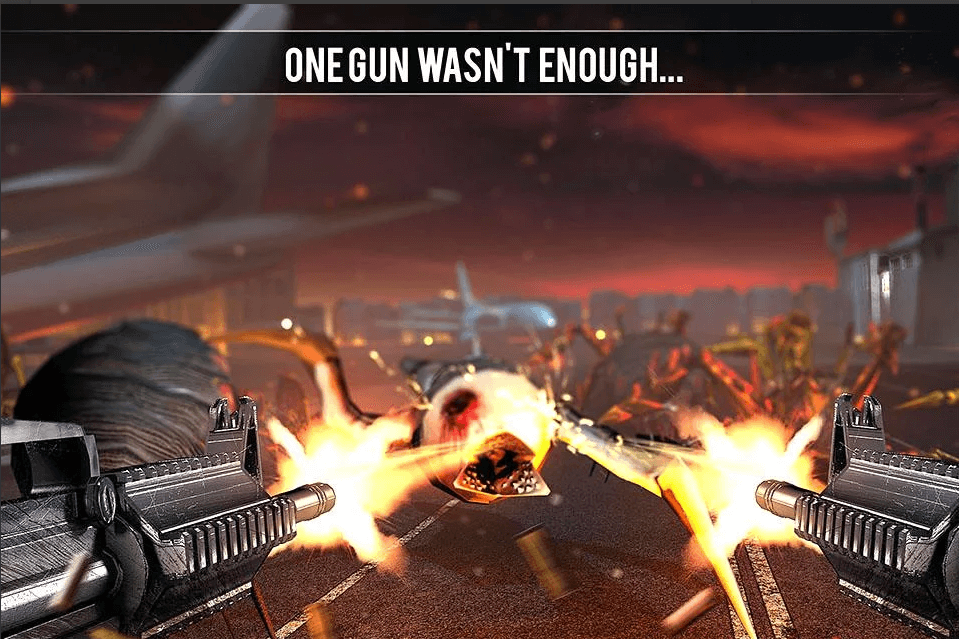 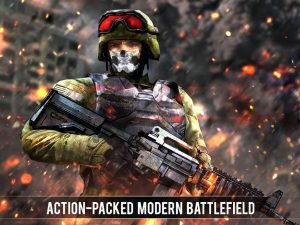 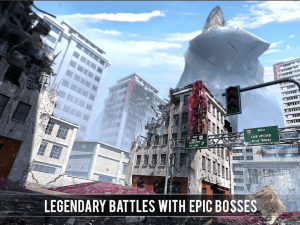 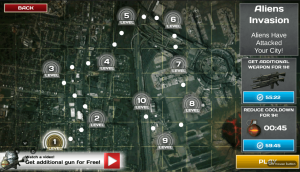 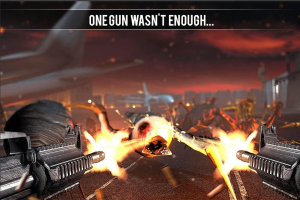 Aliens have landed on Earth and they want nothing else but one thing: the destruction of our planet. You are a lone soldier, carrying one task that every defender of Earth needs to do: Kill all the aliens.

Dead Invaders is one of the top shooting games thanks to its simple yet addictive gameplay and endless waves of space creatures. The game is reminiscent to any endless wave shooters where the player is just standing in the center of the map, shooting every enemy that dares to go near you. With over dozens of weapons and equipment to choose from and more than a dozen stages to play in, save the Earth from the alien scum in this fun and challenging alien shooter!

Reminiscent to the classic endless wave war game, Beach Head 2002, Dead Invaders plays exactly the same and that’s what’s good about this. You’re in the middle of the map with only the ability to pan your camera around in 360-degree fashion and shoot any enemy that comes near you.

Look and shoot. That’s it. You don’t need any movement at all because what you have to do is stand your ground and destroy every living alien who wants to kill you. Responsive camera and balanced hitboxes help make this game feel very fair even in the most difficult of challenges.

Choose from an Assortment of Weapons

If you’re going to be a one-man-army, you’re going to need guns. Lots and lots of guns. Luckily, Dead Invaders has a chockful of powerful weapons that can blast aliens back to wherever they came from. Pick anything from assault rifles, laser guns, miniguns, and our personal favorite, double rocket launchers.

Besides the primary weapons, you get to choose your own grenades too from the standard explosives that will wipe out any present alien in the map, flashbangs to stop them from crawling to you, and incendiary grenades that burn them into ashes.

As the game progresses, so do the aliens. You’re going to need more weapons, more grenades and more health packs that’s enough to outfit an entire battalion. Ultimately, you’ll have to encounter the largest aliens in the late game, which, for us, are one of the biggest aliens to be ever seen in a game. You’d think you were playing a compact version of giant alien games like Half-Life, Halo, or Resistance.

Standard shots will always shred weak aliens. Do not use your grenades on just a few them unless you’re overwhelmed.  Also, make sure you pay attention to the map. The enemies will always show up in white dots so be attentive all the time.

The game will always arm you with at least 2 grenades on each stage. Grenades are very powerful and are able to destroy a whole wave at once. The best time to use the grenades is when there are more than a dozen spawned enemies at once. Doing so will clear all of them out. Each grenade has a cooldown of 30 seconds so always make sure you prioritize it on bigger enemies or if you are completely surrounded by an army of aliens that are slowly eating you alive.

If you enjoy first-person shooting games like Dead Invaders, be sure to check out other exciting FPS games like Modern Strike Online: PRO FPS, Guns of Boom or Pixel Gun 3D!