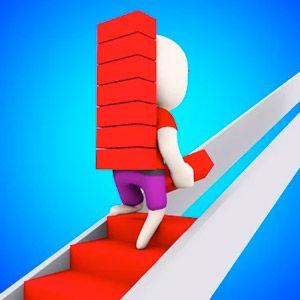 Oopstacles: Why You Should Play It On PC?

Things are about to get wackier in this obstacle runner game. It’s a wonderful combination of the classic video game Super Mario and the popular TV show Wipeout. You’ll go bonkers with its ragdoll wipeouts and spectacular fails. Check out the fun, physics-based game called Oopstacles.

Originally a single-player adventure game, Oopstacles now features an online multiplayer mode that lets you play against players worldwide. Winners get cool rewards like shiny coins and more importantly, bragging rights! Speaking of coins, the game’s new update lets you have 1,000 coins as a time-limited login bonus. The update also included new obstacle course types and around 250 Challenge Mode progression levels. Play well and you get to see your name on the new achievement and leaderboards! Surely, nothing feeds that competitive thirst than being on the top. If you haven’t checked it out, then you’re missing a lot. It’s fun, wacky, and the challenges will drive you bonkers. Play now!

In this endless runner game, you will move, jump, and dodge as you overcome the trickiest obstacles. Following real-world physics, Oopstacles can give you the most devastating wipeouts if you’re not careful. Think you can overcome those challenges without getting massive fails? Let’s test your grit and see how you live up to the challenge.

Lots of Crazy Oops in Oopstacles

The game’s name makes quite the point as there are a lot of hilarious ‘fails’ in every course. Expect a lot of oops in Oopstacles, especially when you’re starting out. But the game isn’t truly over as long as you rise back up and recover for another round.

The game is also all about proper timing. In hindsight, each obstacle course is unique that makes it hard to get a good grasp of the pattern. The challenges change with every new game, so memorizing the layout is out of the question. You will just have to rely on your timing, instincts, and grit to propel you to victory.

So, stop dawdling and join the fray! It’s the kind of hilarious fun we all need every once in a while. It’s a game that you can enjoy with both friends and family. If you’re a fan of arcade games, you’d want to check out Bottle Flip or get in the ring with Burrito Bison: Launcha Libre! Why stop at one fun game? Get them all and get ready to join the crazy action!