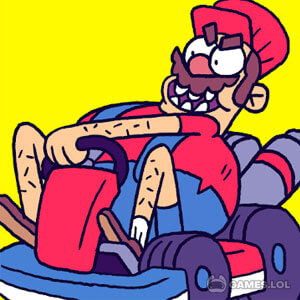 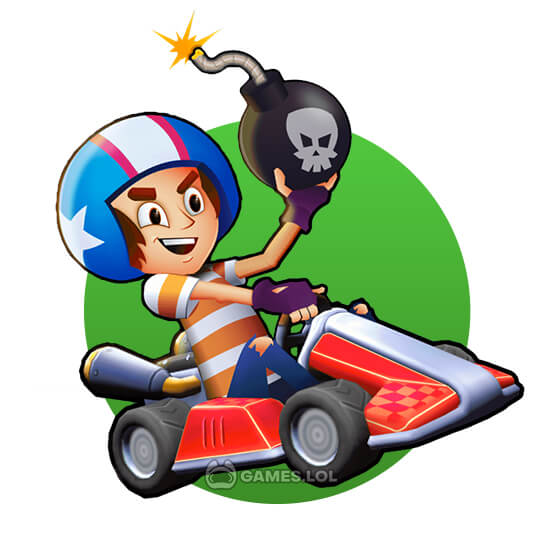 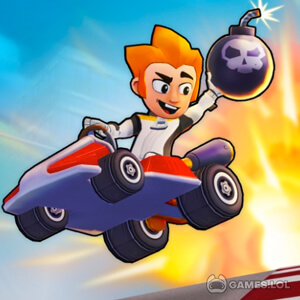 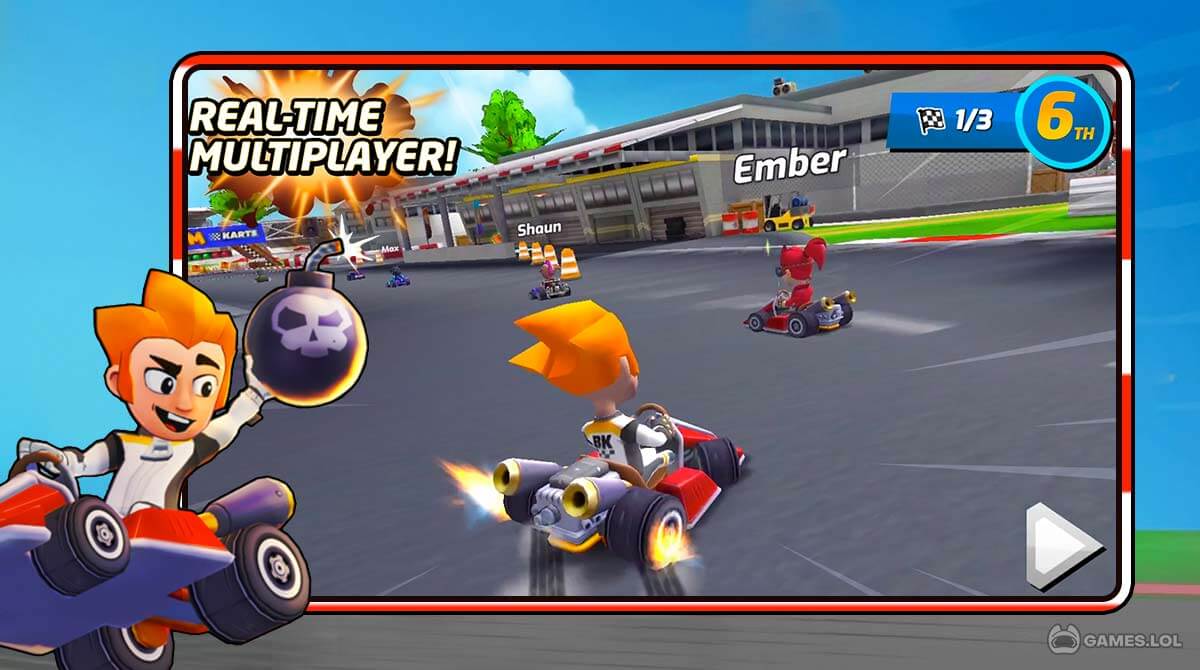 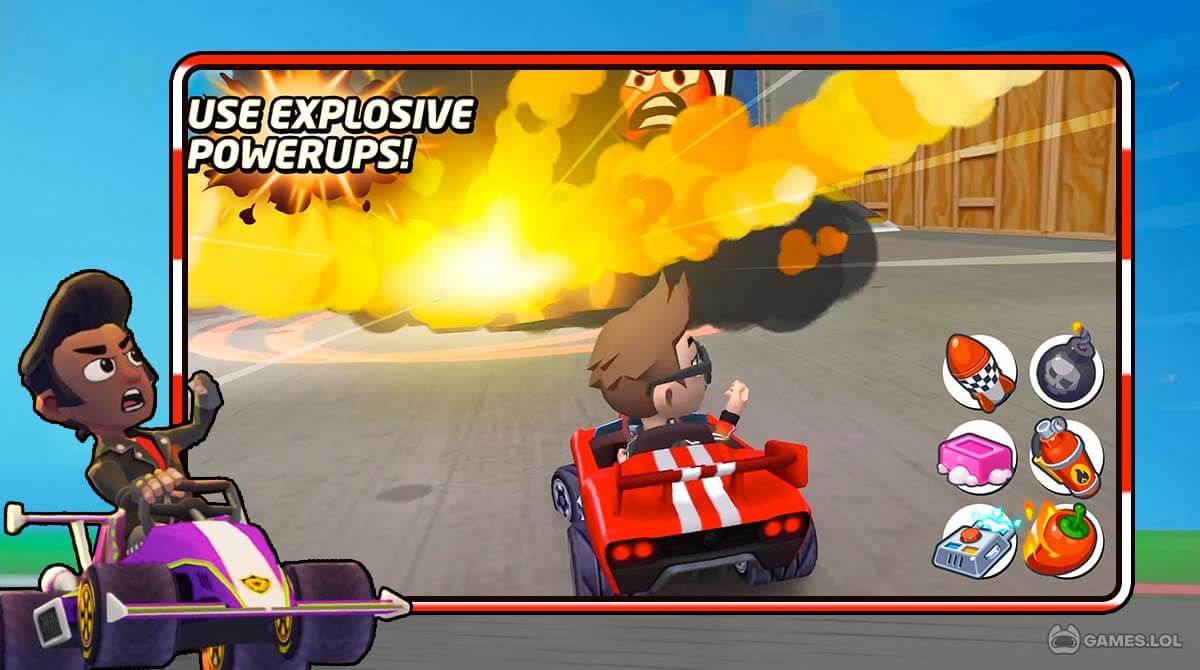 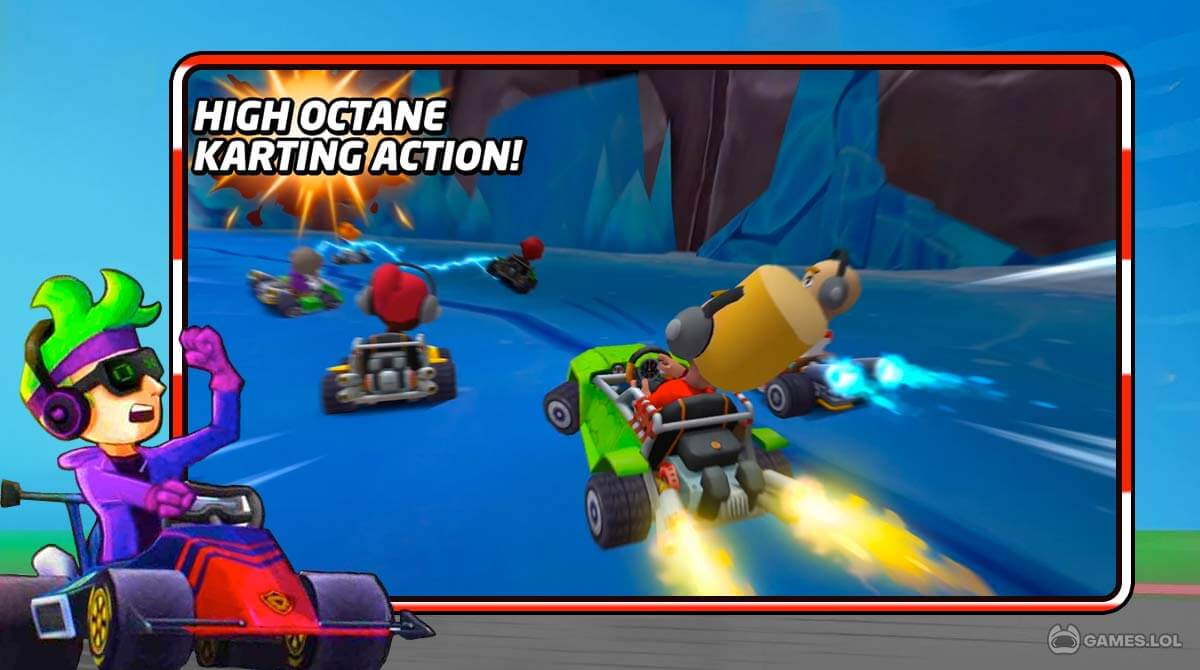 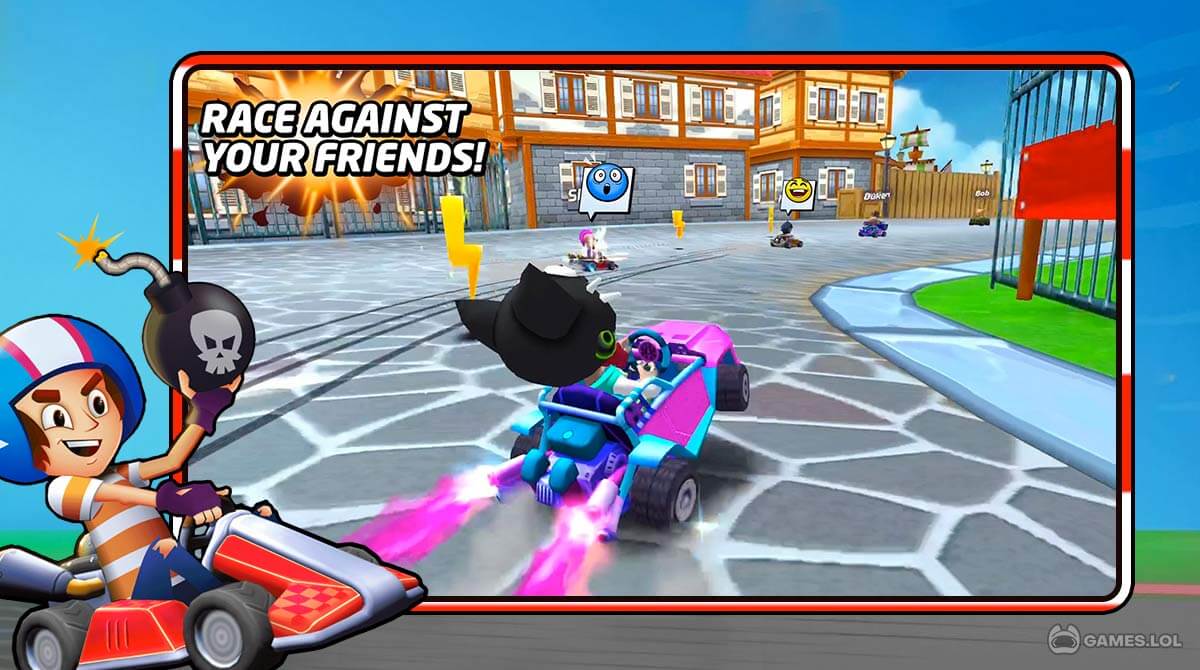 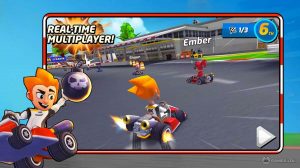 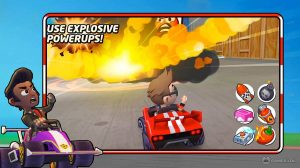 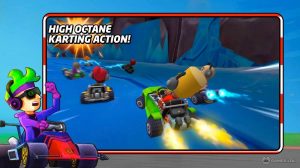 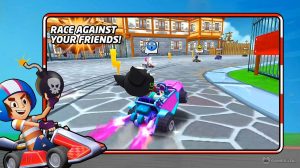 If you’re a big fan of racing games, you will enjoy playing this unique and exciting game. It’s titled Boom Karts, an action racing game that’s published by Fingersoft. In this multiplayer kart racing game, you get to race against other players using karts. But what’s great is that it’s not going to be a typical race. There are various speed boosts on the race track, as well as boxes that contain random items.

You can use the items to help you get ahead against your opponents. Or, you could get a homing rocket launcher to hit a target in front of you. There’s also a soap bar, which you can use to make the opponent following you slip. It’s a fun and exciting kart game that’s reminiscent of the old arcade kart racing games. Let’s discuss in more detail how you’re going to play Boom Karts.

When you play Boom Karts for the first time, the first thing you’ll do is select your character. You can only choose whether it’s a male or female character, as well as what their skin colour is. You don’t need to spend too much time here since you can further customize your character later. After that, you’ll immediately go on a race, but don’t worry, it will also act as a tutorial.

You’ll learn about the controls in Boom Karts, which is just left or right, as the kart automatically accelerates. And then using the items you get. You also learn about getting a turbo boost after you do a drift when you turn. Once the race is complete, you’ll learn about upgrading and improving the kart you’re using. Next to that, you once again race to continue with the tutorial. This time, you know about accelerating to get a speed boost right out of the gates.

Races in Boom Karts are usually only 2 laps, so you’ll need to be quick and strategic if you want to finish first. After the tutorial, you can now play the game on your own. You can continue to just join races or play the adventure, which is like the campaign mode. In this mode, you get to go on a series of races, and your positioning will depend on the points you earned from each race.

The Features of This Racing Game