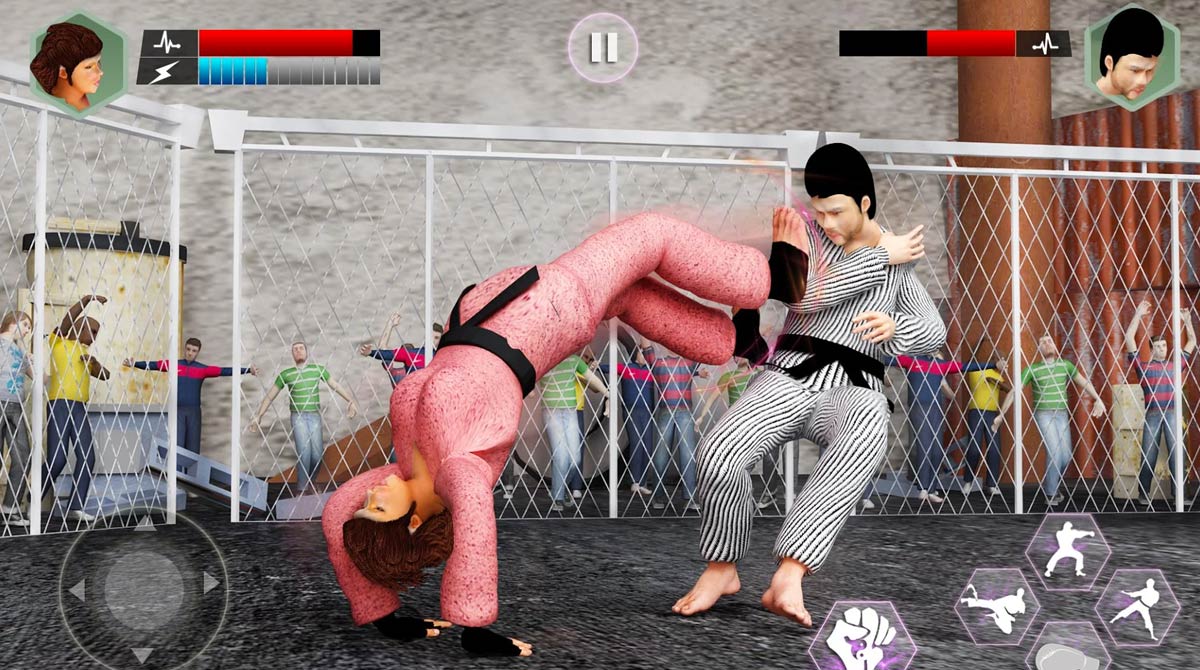 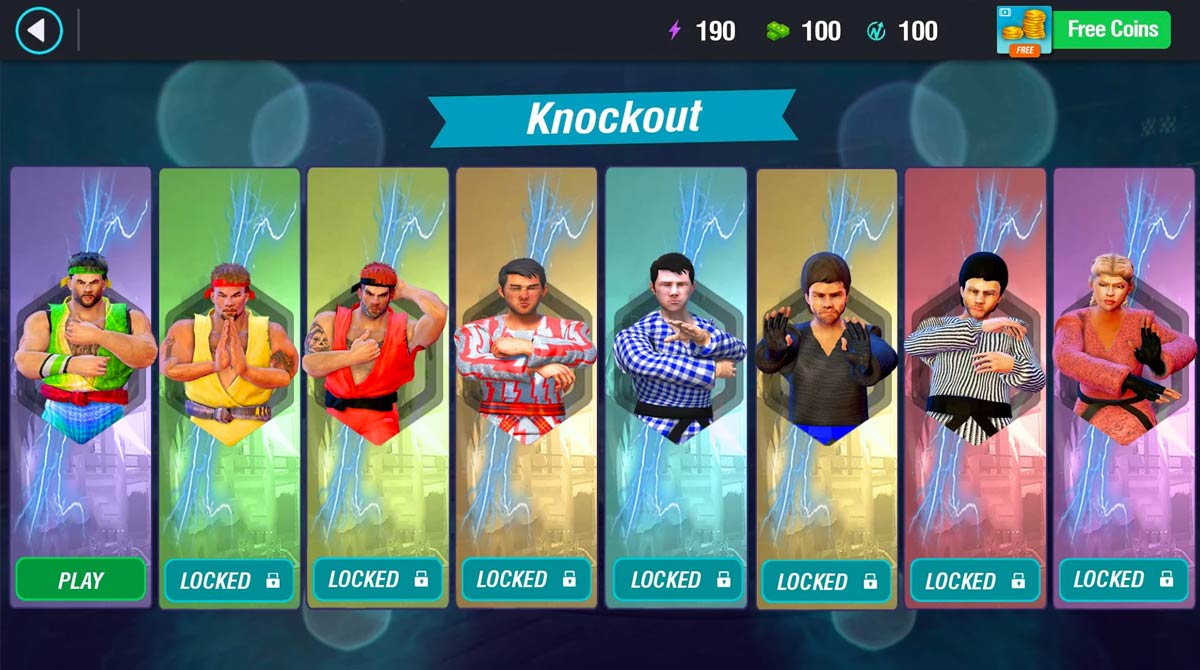 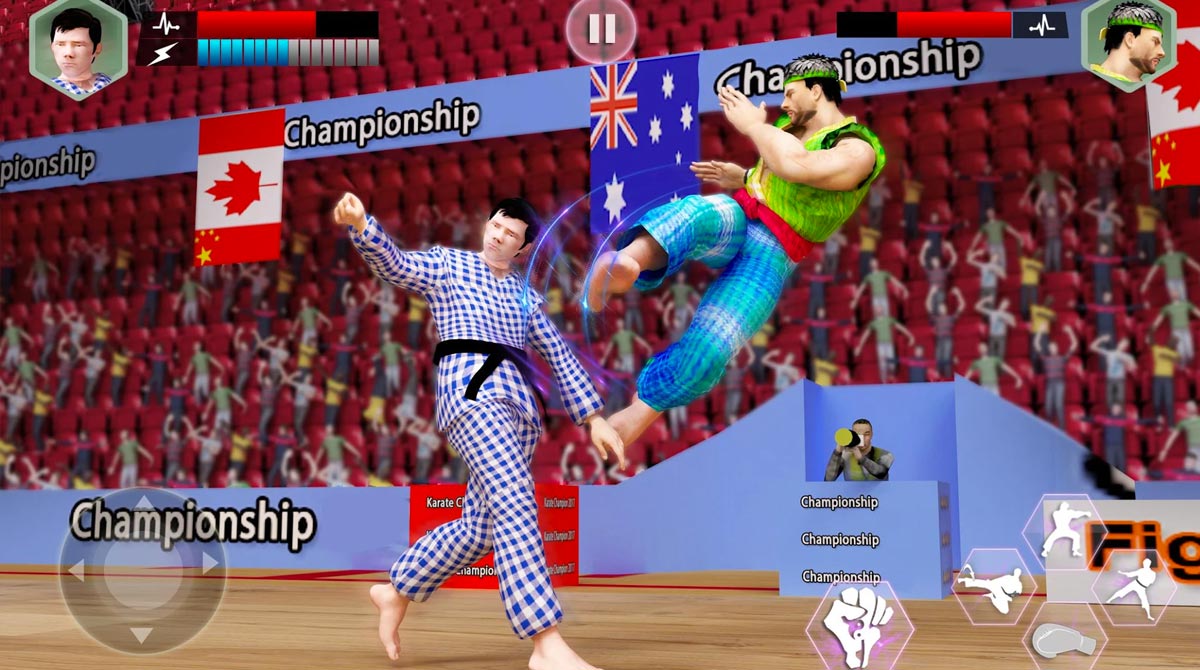 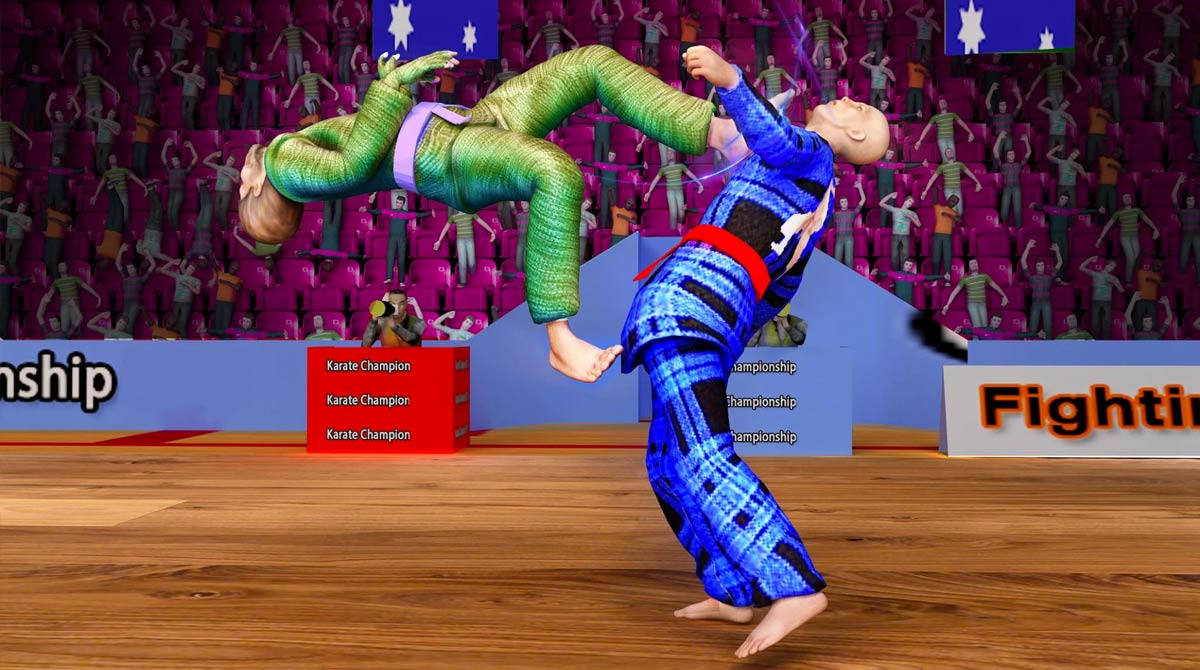 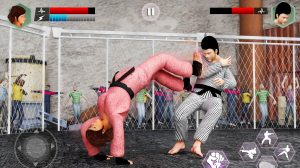 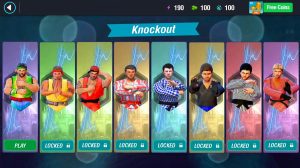 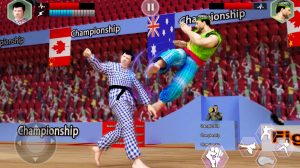 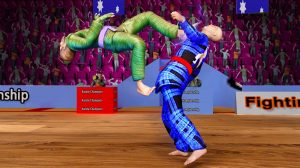 Fight against the legend fighters of the world in Karate King Fighter: Kung Fu 2018 Final Fighting for PC. Prepare to immerse yourself in a blood pumping action game that will test your karate skills. Compete against powerful rivals and let loose deadly punches and kicks. Defend yourself from the attacks of the enemies and become the giant champion in this online game. If you are a karate lover, you will surely enjoy the 3D fighting scenes. Play the most challenging karate game and prepare to fight for your rank. Only one winner will emerge to the top.

Do you have the courage to fight numerous fearless fighters and emerge victorious to become the ultimate karate king fighter? Download this game today!

Using your special powers, you can instantly knock your opponent over. Upgrade your speed, power, and accuracy with the newest legend fighting style and instantaneously defeat a challenger. Use your special moves and quick reflexes, release ferocious punches and deadly combos and beat all your rivals, and become the king of karate.

The addictive arcade power action game will keep you glued to your computer for hours. Thanks to the advance and fluid animation of the stunning 3D graphics, characters in the game look very alive and vibrant. Unleash punches and kicks with zero lag issues. The fighting animations are greatly delivered and players from all over the globe have praised the smoothness of the gameplay. If you will add that to the amazing background music and sound effects, your energy as you play will boost.

Prove your skills as a powerful ninja fighter against several well-known karate legends. Collect all the belts and become a karate master in Karate King Fighter: Kung Fu 2018 Final Fighting. There are several levels that you can play where you can boost your fighting skills. You can also unlock other players like Bruce Lee and many other legends across the globe. Every time you defeat a world legend fighter, you will get promoted to the next level and you can unlock a new tournament.

Be a Professional Karate Fighter

Playing this game will not only keep you entertained but you will also learn diverse fighting styles like Taekwondo, Kung Fu, Muay Thai, Boxing, and many others. Become skilled at the karate tiger claw style of fighting and overcome all rivals. Be a professional fighter in hand-to-hand combat and essential martial arts moves.

Karate is a game of accuracy one wrong move can become deadly to both parties. Though the online game Karate King Fighter: Kung Fu 2018 Final Fighting has a dead or alive rule, it is still important that you still learn to release accurate punches and kicks if you want to reign supreme in the karate ring. Know when to attack the enemy and know when to block their attack.

Every player has a different style of fighting and if you want to bag all the trophies, you have to find the best player that will fit your fighting style. When you click on a player, you will be prompted with info about the player’s power and strength. Different fighting moves and powers will also be unlocked as you progress in the game.

Unlock All the Belts

Each belt has a corresponding color and powers. As you unlock all the belts, you will also unlock new combos. If you want to be undefeated in the game, focus on unlocking all the belts until you complete all of them.

Play one of the best karate fighting game. Download Karate King Fighter: Kung Fu 2018 Final Fighting to your PC and become the king of karate now. If you want to play games like this, be sure to check out TRANSFORMERS: Forged to Fight and Shadow Fight 2.