Unleash your full power and start your path to heroism in One-Punch Man: Road to Hero 2.0. Dive into this year’s most action-packed idle RPG game where heroes and villains run amok. Save the world from a band of evil otherworldly aliens– all with the help of iconic characters from the One Punch Man series.

Fight alongside Saitama, Genos, and many superpowered misfits of the Heroes Association in this idle strategy card game. However, OPM: Road to Hero isn’t your average AFK mobile game as it also incorporates beautiful animation on top of its many features. Generally, Oasis Games Limited took great care in keeping fans and players immersed in an idle game. They incorporated strategy with beautiful animated graphics keeping players immersed in the game. This is a feat other games fail to accomplish.

In addition to its beautiful graphics and strategic idle gameplay, you can also seek the aid of other heroes — except for Saitama — as playable characters. You can also summon villains to be part of your team. Moreover, like many gacha mechanics, you will need tickets for them to answer your call. You can buy them at the in-game shop or get them as rewards as you play. Gather as many heroes as you can and fight your way to the top in One-Punch Man: Road to Hero 2.

Fulfill Your Destiny As The Strongest Hero

Nothing beats the feeling of being the strongest among the rest, especially in a world filled with overpowered freaks. So, why not show everyone your strength by participating in various multiplayer features? Form alliances with other aspiring heroes by starting or joining a guild. Doing so allows you access to Guild raid bosses where you take on the meanest and biggest monsters in the city. In addition, you will also get access to exclusive items in the Guild shop — a store inaccessible to solo heroes.

You can also test your might against other hero characters by joining PVP tournaments. Form the best party of heroes or villains in your roster and let them feel the pain you bring. Unleash havoc in three different PVP modes as you fight your way to the top. There’s not a dull moment in the One-Punch Man: Road to Hero Game and the better part of it is it’s free-to-play!

Of course, none of these action-packed features and animations can truly be experienced unless you play it on a bigger screen. It’s a good thing you can play One-Punch Man: Road to Hero 2.0 on PC. All you have to do is follow the steps below this page.

So, prepare yourself for some heroic action! If you’re fond of role-playing games, you can try the open worlds of Lineage2 Revolution or maybe join a different league of hero characters in Guild of Heroes – Fantasy RPG. It doesn’t matter where you go, the adventure always stays with you in Games.lol! 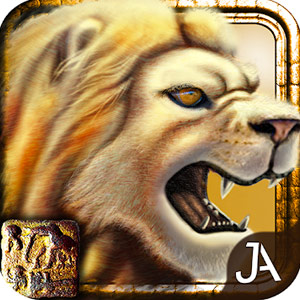 Safari 2
Chat with Us