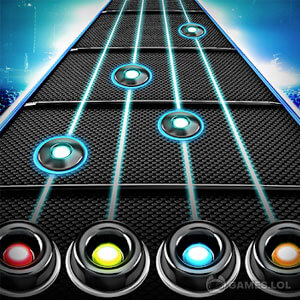 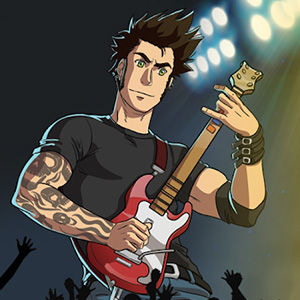 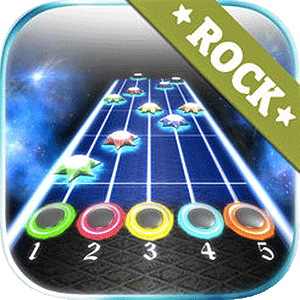 Rock Hero takes center stage with you as the star of it all! You’ll be singing WE WILL ROCK YOU by the time you get used to the mechanics! If you’ve played rhythm games before especially Rock Band and Guitar Hero, you’ll be very familiar with this type of game!

Select from 9 different rock songs that will have you banging your head as you get your fingers sore from pressing the buttons! Rock Hero is a fast-casual rhythm game for entry-level rockers. Each song also offers 3 difficulties to test out the hardcore in you.

Rock Hero offers a fine selection of great rock music. Play365 developed the music too besides the core gameplay. That way, you can appreciate all the love they poured out in this music game! Currently, the game holds 9 songs but the developers promise to add in more soon! 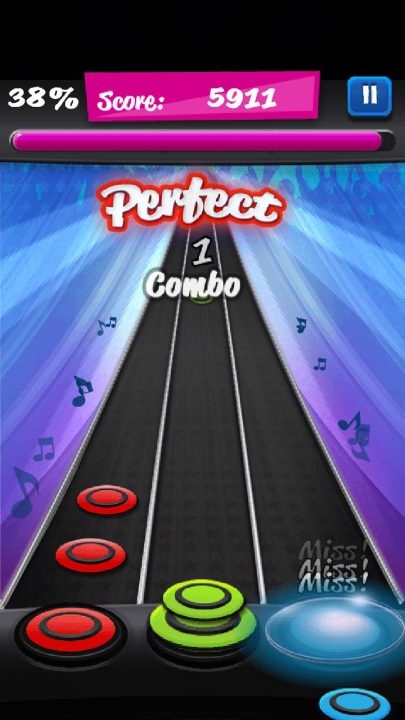 Of course, it’s not a rock music game without the blazing aesthetics. Combining modern and classic rock themes, Rock Hero ensures to immerse you in a banging game! As for the controls, it plays similarly to Tap Tap Revenge. You have 3 buttons to tap but it takes more than that. You see, the game can get extremely fast. As in, faster than Jimmy Page’s gifted hands. Nevertheless, the controls are fair, giving you a seamless tap experience. 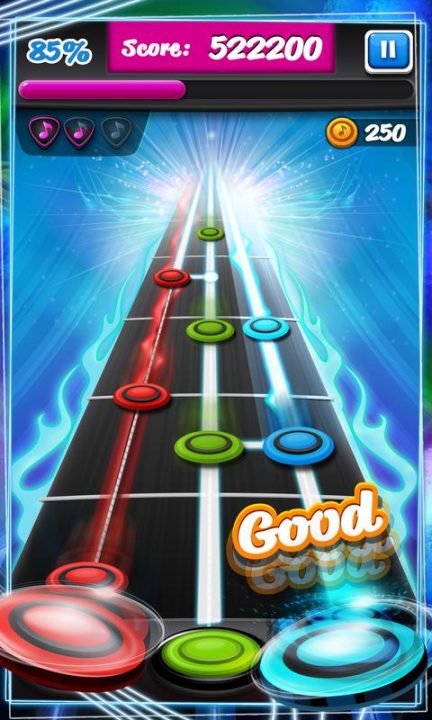 As previously mentioned, the game can either turn super easy or super hardcore rock. Whatever you choose is up to you. But, if you really want the big scores, you’ll need to play the game at the highest difficulty. After all, it’s how the game is meant to be played!

Time to unleash the rocker in you! Play Rock Hero now on your PC for free! Download the game here on Games.lol! Then try out some more music games like SuperStar JYPNATION and SuperStar SMTown!