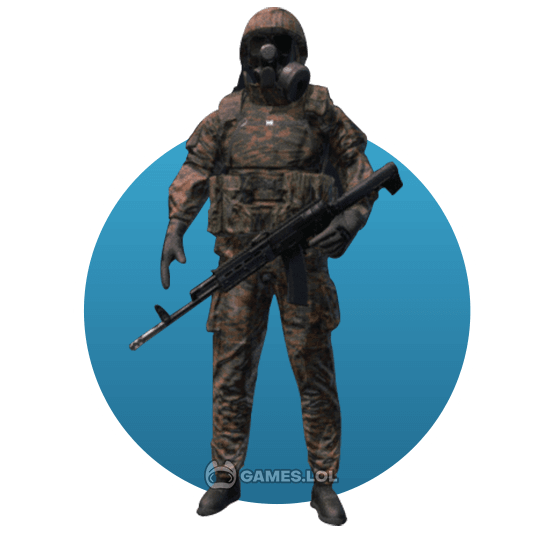 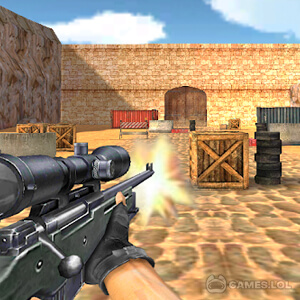 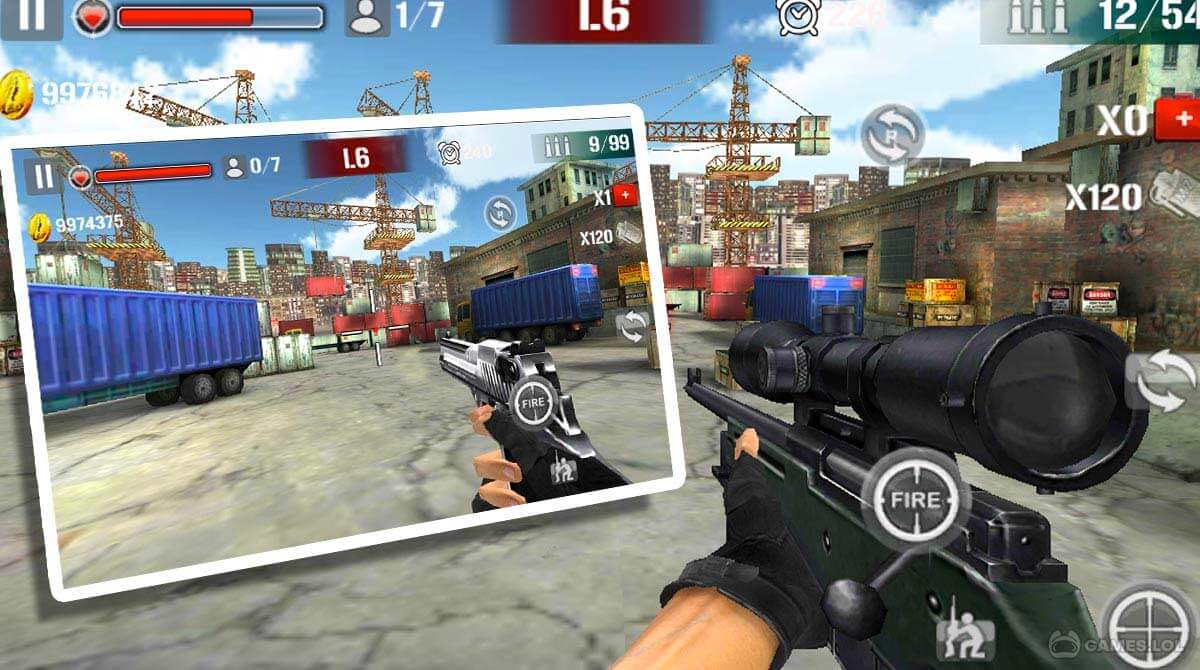 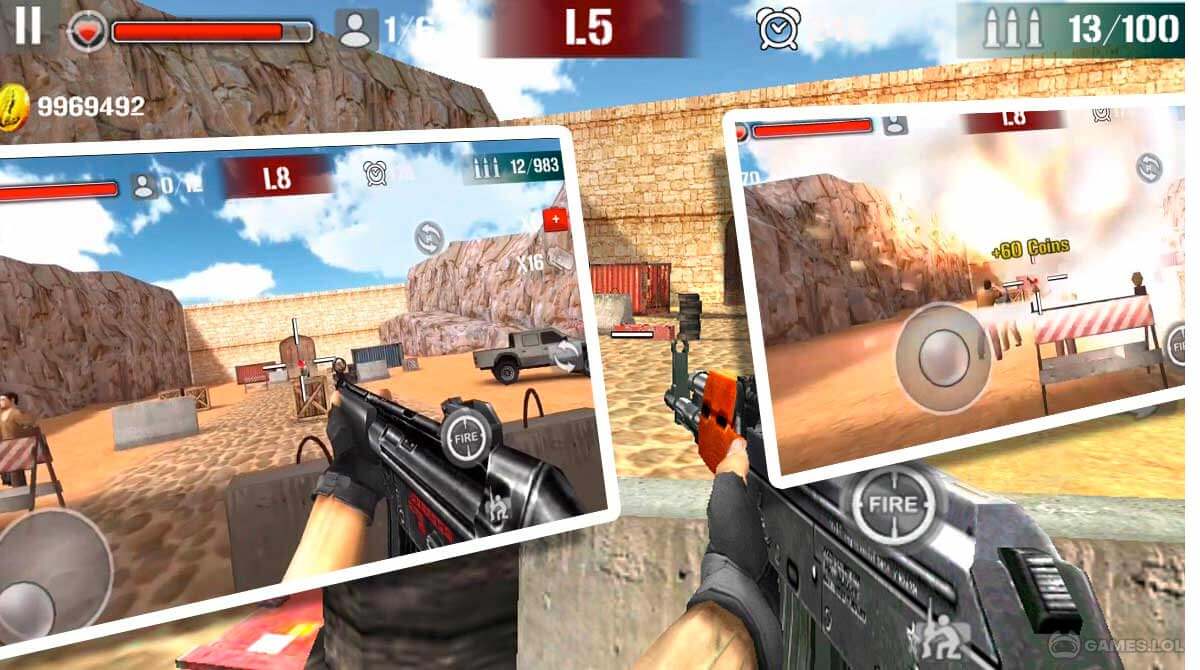 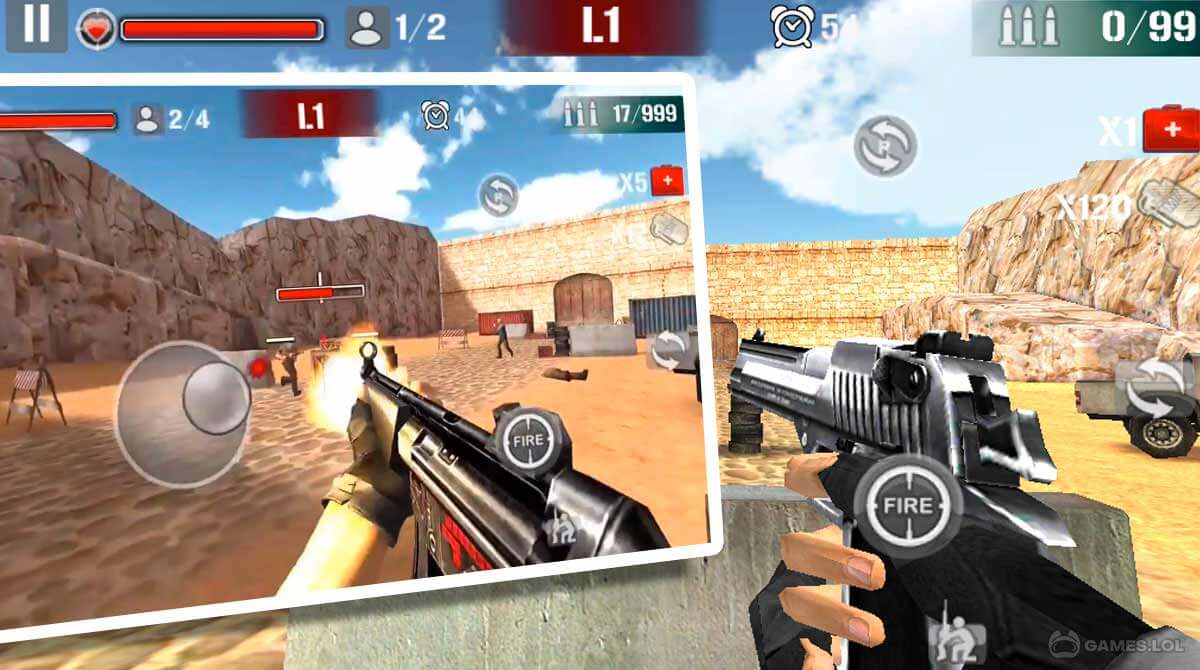 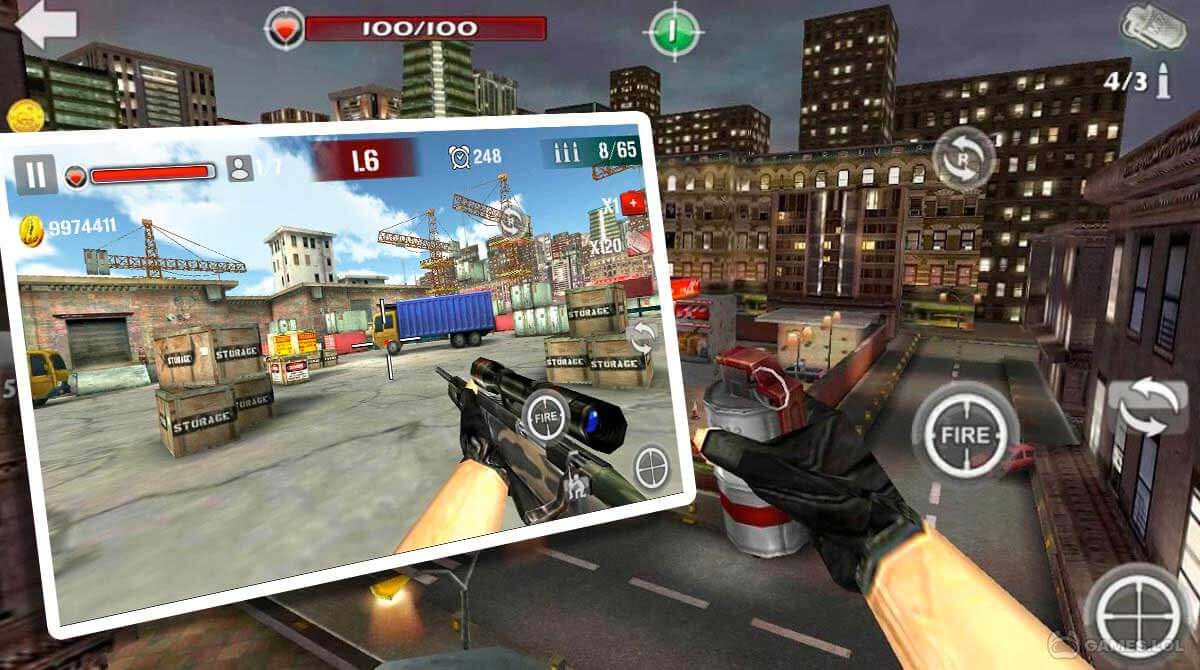 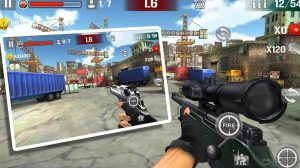 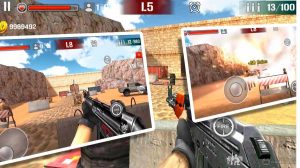 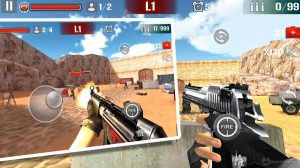 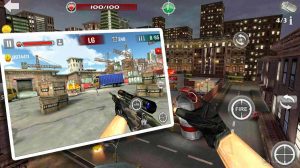 Do you think you have what it takes to shoot down enemy squads on your own? If you do, then you should try playing this fun arcade shooting game. It’s called Sniper Shoot Fire War and it’s a game that’s published by RAY3D. It’s a first-person shooting game where your objective is to take out the enemy squad to complete a level.

The game offers a limitless number of levels for you to complete with each one being more difficult than the last one. The game also has a custom game mode for you to play. To help you understand better what this game offers, let’s discuss how to play it in the next section.

When you start Sniper Shoot Fire War, you will only have access first to the Level mode. The only map available will be the city and you’ll start with level one. You can also choose to purchase weapons, or more health before beginning. Once done, just click play to start. Before the actual gameplay begins, the game will just show you the basic movements.

After that, you can start shooting enemies. Now, the enemies won’t start doing anything unless you hit one of them. Even if you shoot but not hit anything, the enemies won’t do a thing. In the city, you will be shooting from the top of a building, giving you the high ground. Once you hit an enemy, they will start shooting you, so be careful. You can move around the building or crouch to avoid their shots.

You also have to watch out for your health. You can use your med-kit or shoot the med-kit you see to regain health and avoid dying. You earn gold for killing enemies and completing a level. The gold can be used to purchase new weapons or purchase medical kits. As you progress further in the city, the Desert map will soon be unlocked. Just keep progressing to unlock more maps, as well as the custom game mode.

We still have more arcade game titles in our Games.lol client. Step into Granny’s House and escape the horrors within. Then run your relaxing salon in Star Girl Salon! We have the best games available for free and playable for PC! Get the ultimate gaming experience here!