Everyone’s favorite hedgehog is back once again in an adventurous running game filled with dangers. But this time, he’s brought his friends with him. Join Sonic the Hedgehog, Shadow, and the rest of the gang as they overcome all kinds of obstacles in this free online Sonic Dash 2: Sonic Boom game. This classic endless runner game allows you to control Sonic as he endlessly runs through different scenarios. Download Sonic Dash 2: Sonic Boom for free and play with the most popular hedgehog in the world.

Help Sonic collect rings, stars, and orbs of power as you explore the narrow beaten path filled with challenging enemies. Unleash different characters and their special powers. If you enjoyed the first Sonic Dash, you will definitely go gaga in Sonic the Hedgehog’s endless chase for Dr. Eggman in Sonic Dash 2: Sonic Boom arcade game for PC.

Play as the legendary Sonic the Hedgehog, Tails, Amy, Knuckles, and Sonic’s new friend: Sticks. Each of the characters has their own set of special abilities that enable them to deal with the challenges they face on the racetrack with ease. Players will deal with tons of hazards and challenges in the game including tons of trees, pits, electric traps, and more. Every character has special powers.  For example, Sonic becomes a ring magnet when he is dashing. Or, Amy has a hammer while Knuckles can kill nearby enemies with his powerful ground bash.

In essence, Sonic Dash 2: Sonic Boom is the exact same game as its predecessor, but the interesting new features of this game will make you love the game even more. It retains the original aesthetics but the additional characters look stunning. However, the most interesting novelty added to the game is the ability to use several characters within the same race. You can swap runners even in the middle of the race if you want to use their ability. How cool is that?

When you download the free Sonic Dash 2: Sonic Boom game, you’ll discover that it has no energy system and, you can play the game for as long as you want. You can even play it without an internet connection. But if you are connected to the internet you can compete in events where you can earn extra rings, multiplier points, and sprites. So what are you waiting for, play Sonic Dash 2: Sonic Boom now and have unlimited fun with Sonic the Hedgehog, Shadow, and the rest of the gang!

Get Additional Powers with Elves

Aside from the amazing features mentioned above, Sonic Dash 2: Sonic Boom has added another interesting feature in the game. These are the Elves or the Sprites. These cute little creatures will grant you additional powers like increasing your rewards or even saving your character from certain death.

Hoard All the Gold Rings

In Sonic Dash 2: Sonic Boom, gold rings will not only increase your score, but will also prevent your character from dying whenever by hitting a spike, mine, or enemy. You can also use the rings that you collected to buy upgrades for your characters and sprites. When the opportunity arises, collect as many red stars rings as possible too as they will be very useful in unlocking other heroes. But since it is very hard to obtain, remember to use it sparingly or only when you need them the most.

Use Your Sprite Wisely

Sprites are the collectible magical companions such as Shadow that imbue your character’s special abilities in Sonic Dash 2: Sonic Boom. They provide extra benefits for your characters like longer dash time, bonus revives, additional power-ups and rings. They are labeled into two categories, a onetime use and forever. Onetime use, as you’d expect, are the ones that can only be used one time and should be used when you think it will benefit you the most. While forever, on the other hand, can be used as many times as you want.

Make it a habit to press on the Events tab to see which ones are currently available. Competing in events will enable you to earn big rewards like collecting 100 rings in a single run for instance. Run with your favorite character! Download Sonic Dash 2: Sonic Boom now and earn high scores!

What are you waiting for? Strap on your speed shoes and get dashing! Then download more high-octane arcade games like Robot Fighting 2 and Hungry Shark Evolution!

Play The #1 Cricket Simulation Game Real Cricket™ 19 takes you to a high-quality cricket simulation game where you can create your own team or choose well-known teams from the international, master and premium leagues! To start a game, just select a team and set up a tournament to go against any available team. Download […]

Galaxy Shooter Desktop is the next big thing! With its intuitive controls, simple but charming sprites, no doubt that it will blast its competitors out into space. Also, its seamless level transitions, unlike your old arcade games, make it stand out from the rest. Surely, Galaxy Shooter Download will be your next favorite space shooting […]

Looking for a fun educational game for your kids? Perhaps an interactive game that features colorful graphics, great sound effects, and a helpful narrator that will guide your child through it all. Then you will love this game. Introducing the Kids Preschool Learning Games for PC. Wondering what can you expect in this fun and […] 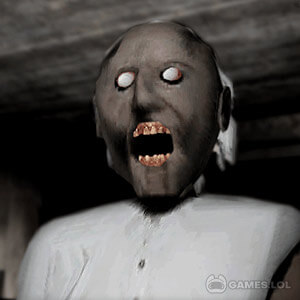 You wake up inside a musky room, open the door to a dark and unsettling house and you hear creepy footsteps right behind you, only to find out that Granny is around, making sure you never leave her home.   Welcome to the unforgiving world of Granny—a highly-rated horror fun games unblocked that combines the […]

N.O.V.A.Legacy’s multiplayer is one of the best casual shooter multiplayer ever made for mobile. And now that you’ve downloaded the PC version for free here on Games.lol, you might have thought that you’ll finally pound on some noobs because of your master race platform. But unfortunately, that wasn’t the case and here you are crying […]

Angry Birds has been around for 10 years and it seems like it’s not going anywhere soon. With the gaming world constantly gets bigger and more games evolving, playing Angry Birds in 2019 still feels fresh and exciting. Do mind that Angry Birds made the whole physics puzzle game genre popular to the eyes of […]