Into the Dead
Close 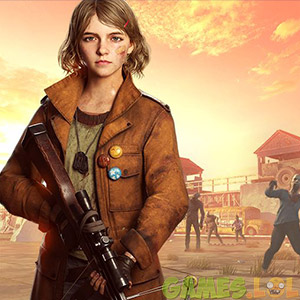 State of Survival Game on PC: Fight & Survive against Zombies

Are you a fan of zombie apocalypse games? Do you love the concept of creating your sanctuary in a post-apocalyptic world? Are you into the survival-horror genre scene? If yes, then State of Survival PC is the perfect game for you to check out and explore. Prepare for the ultimate concoction of action, horror, and survival elements specially tailored for zombie apocalypse fans.

What is the State of Survival PC Game?

State of Survival is a free-to-play survival PC game developed and published by KingsGroup Holdings. The game allows the player to create his sanctuary in a post-apocalyptic world. It is the players’ mission to defend its inhabitants and go on various quests to gather supplies and earn resources to expand the camp. State of Survival PC encourages players to practice and exercise their strategic and tactical skills in dealing with zombies. The State of Survival takes place six months after the zombie apocalypse. During this time, the people of the planet adopted a new norm, which is Survival. Though there are still millions of zombies roaming around the community, the citizens of the earth have become used to the notion of living with the plague.

Help the Community to Survive

This thing is where your character comes into play. Your mission is to provide a haven to all the remaining survivors and preserve what remains of human civilization. You are tasked to hunt zombies, scavenge for supplies, and fend off other threats. Plus, you are also free to find and rescue other survivors and lead them to your new colony.

To that end, if you think you can survive, develop, and create a post-apocalyptic society, then download this fantastic game today straight to your PC. Don’t forget to share the State of Survival with your family, friends, and fellow zombie enthusiasts.

Do you want to play more strategy games? Then open you games.lol app and download Badlanders or Guns of Glory and enjoy playing them from your PC now!