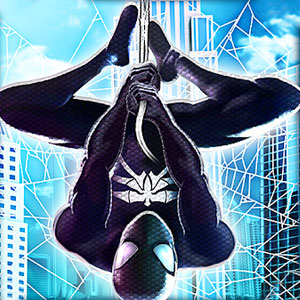 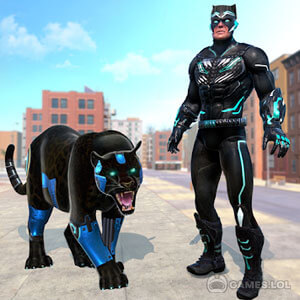 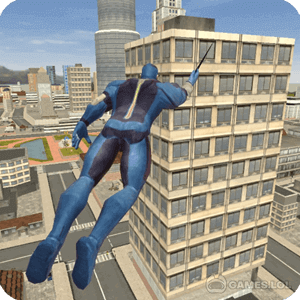 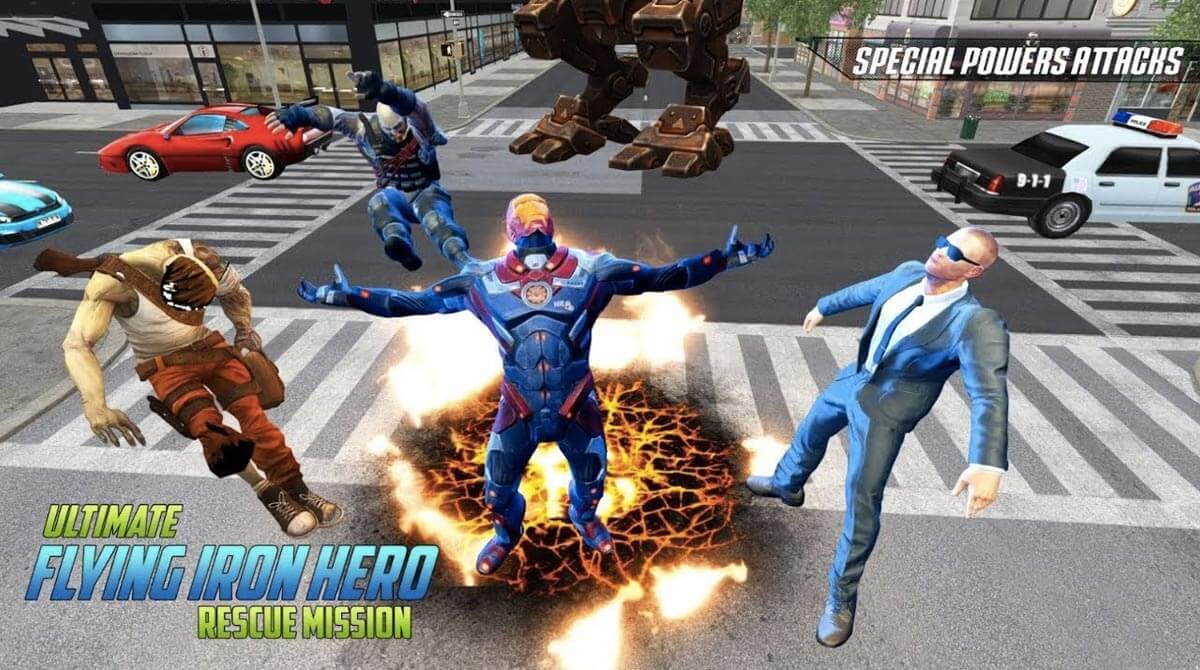 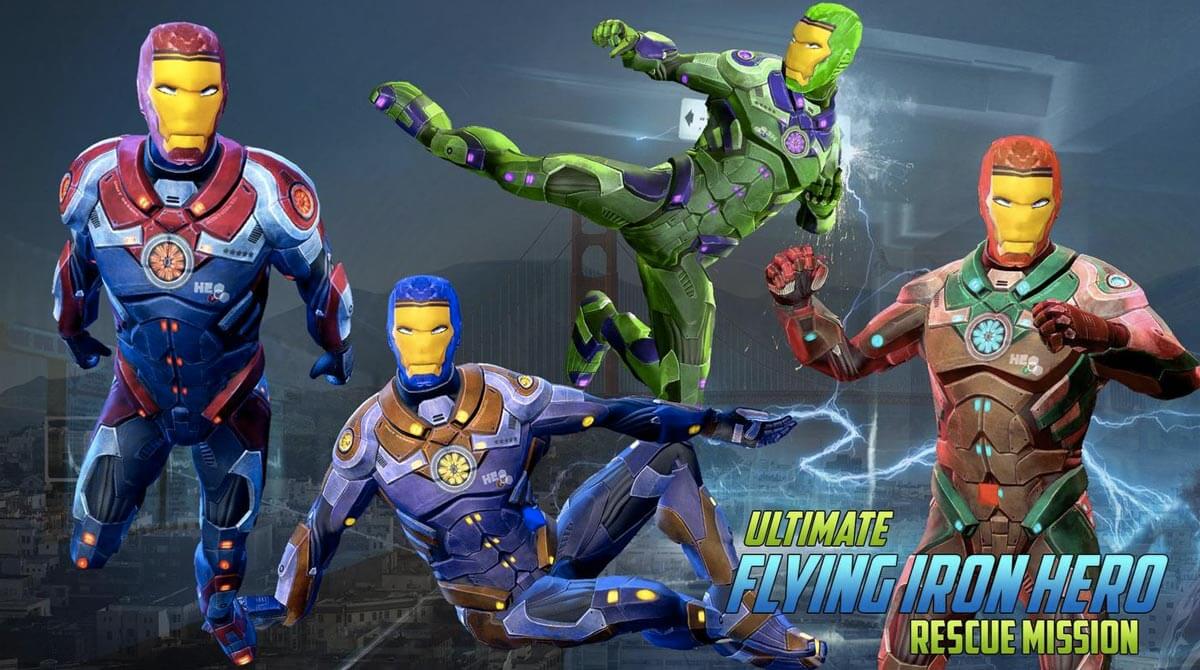 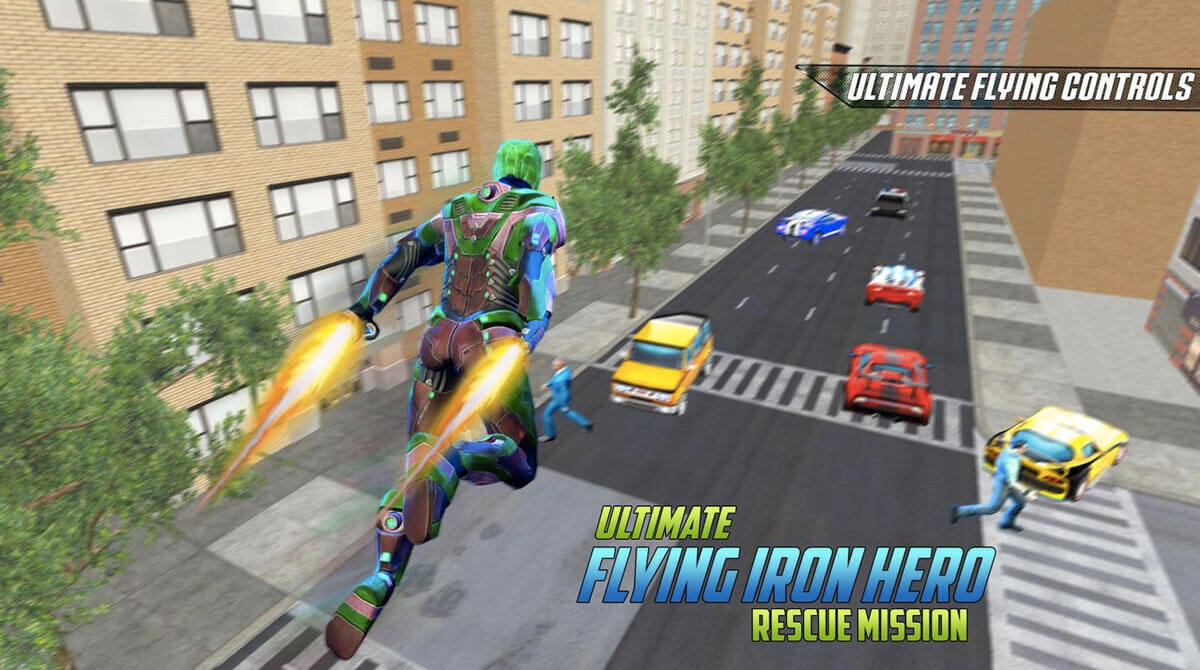 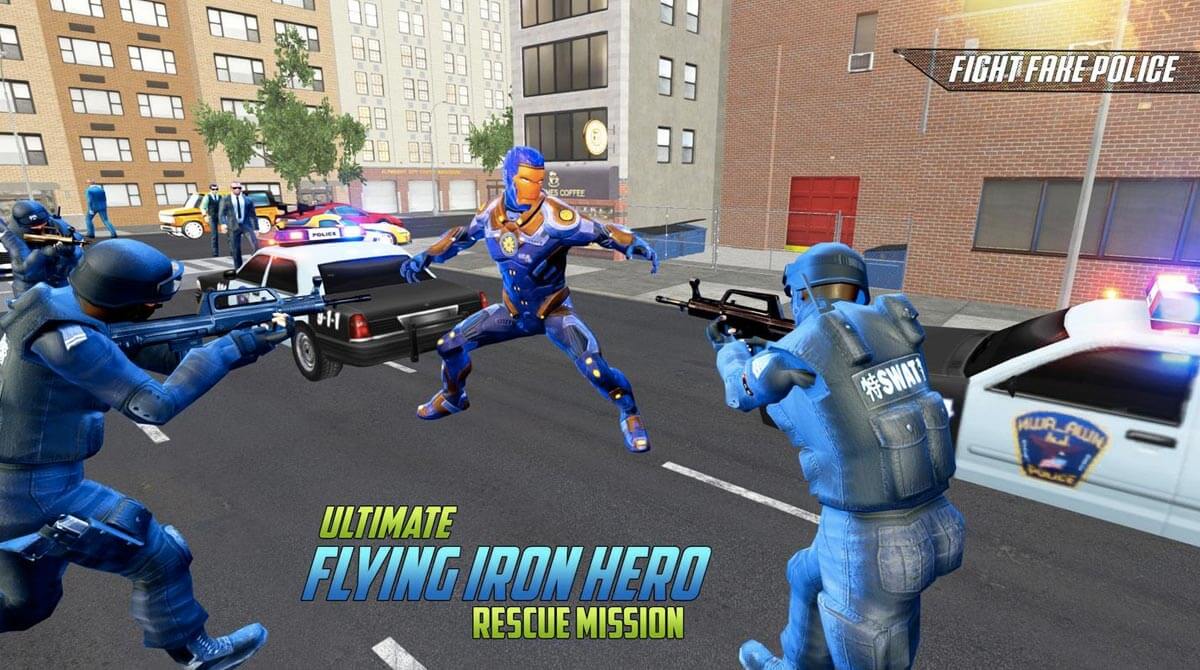 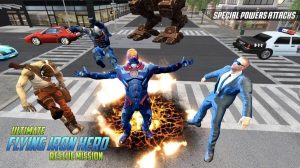 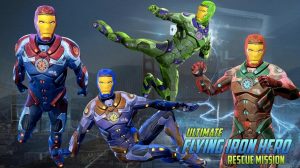 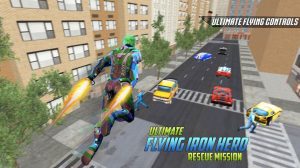 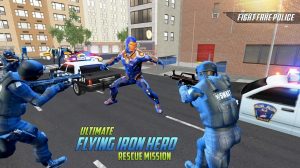 So what happens when a kung-fu fighter manages to get his hands on a power armor created by a billionaire philanthropist? You get Ultimate KungFu Superhero Iron Fighting Free Game (yes, the title is quite a mouthful). In this game, you get to be Iron Man…NOT. Okay, maybe KIND OF like him but hey, you know what’s cooler than just being like Iron Man? Iron Man with kung fu skills, that is!

In this unnamed metropolis, take control of the Iron Hero who must rescue his beloved Iron Girl from the clutches of the city’s gangsters. Fly, sprint, beam, laser, or clank your way through the game’s many henchmen scattered across the metro. It’s your duty to cleanse the streets from these thugs and uphold justice – kung-fu style!

A Large Playground for you to Toy With

Fans of sandbox games will notice the large scale of the map despite being just a quick casual game. Set in the near future, the game presents itself as an up-and-coming cyberpunk era where civilization has reached access to synthetic programming and cybernetics. This also means that your enemies won’t present themselves as just mere grunts but rather formidable foes with augmented powers. Each encounter feels personal and taking them down is always rewarding. However, how you neutralize them is all up to you.

Traveling through area turn out breezy too thanks to the games flying system. It wouldn’t be called Ultimate KungFu Superhero Iron Fighting Free Game without the ability to propel and travel through the air, right?

Uphold Justice the Heroic Way or the Destructive Way

Nobody in the metropolis can tell you what to do with your powers. Even the law cannot contain you! The ultimate freedom here lies on the way you treat your enemies. You can beat them down to a pulp using excellent kung-fu skills or destroy them using weapons that can tear down buildings. There is no right or wrong here – just your rules at your time.

Every weapon is unlocked right from the start. That means you can either reek havoc to enemies without any concern for city destruction or take them out the old-fashioned melee way. Get ready for the ultimate flying iron hero rescue mission!

Play the game now directly on your PC! Just go to the download link and wait for the installer to finish. And then, get ready to kick some big butts in Ultimate KungFu Superhero Iron Fighting Free Game!