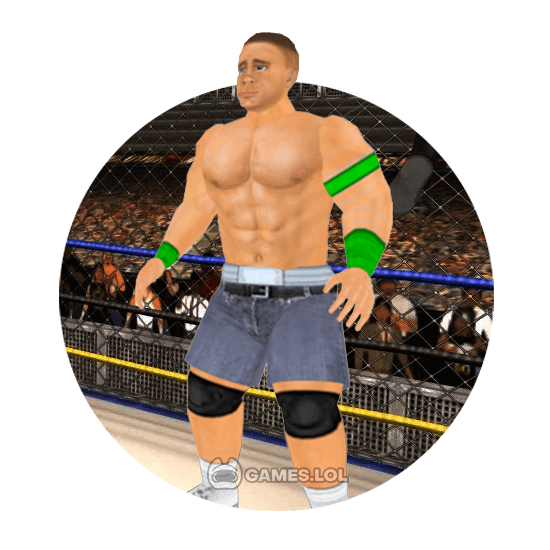 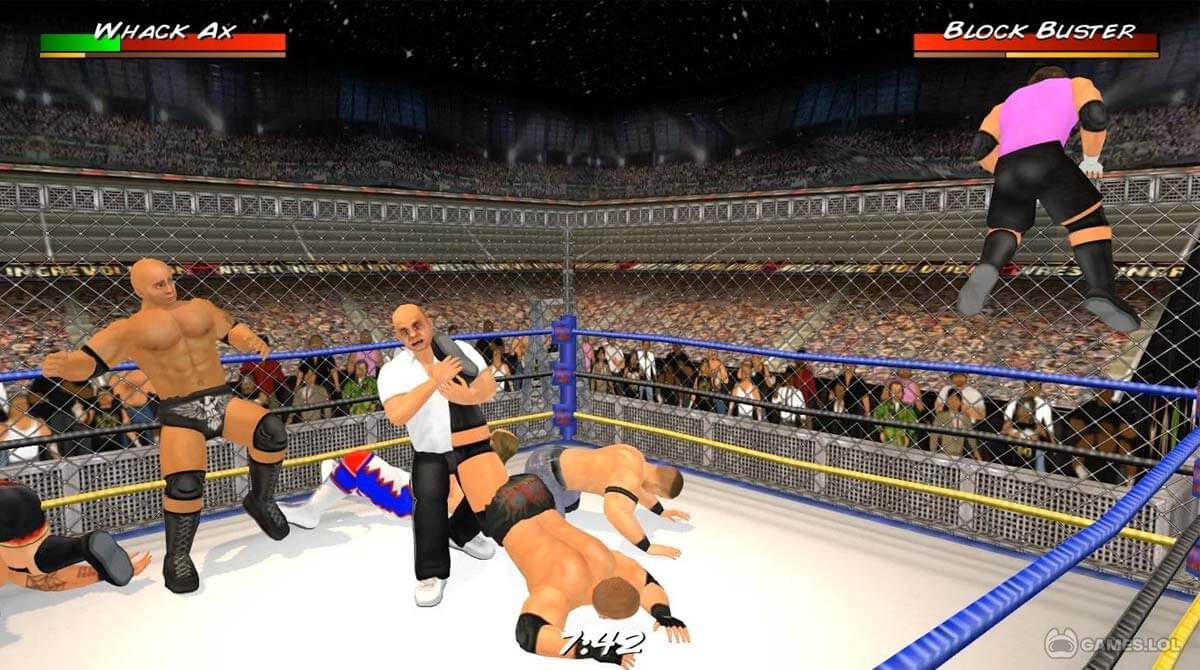 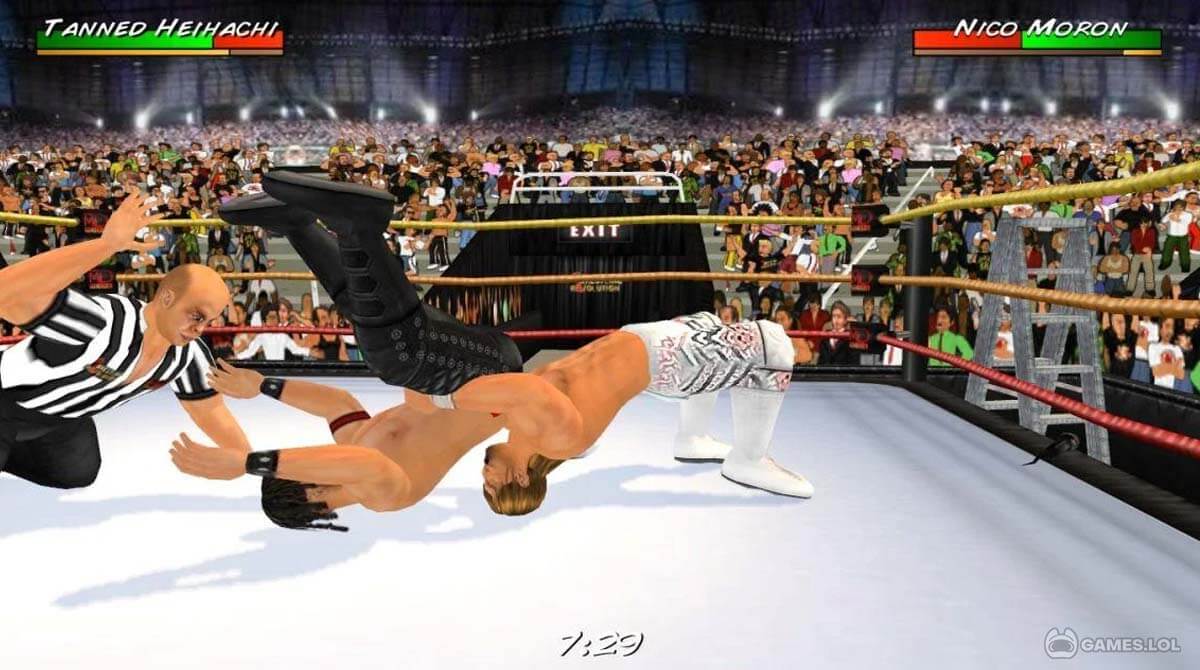 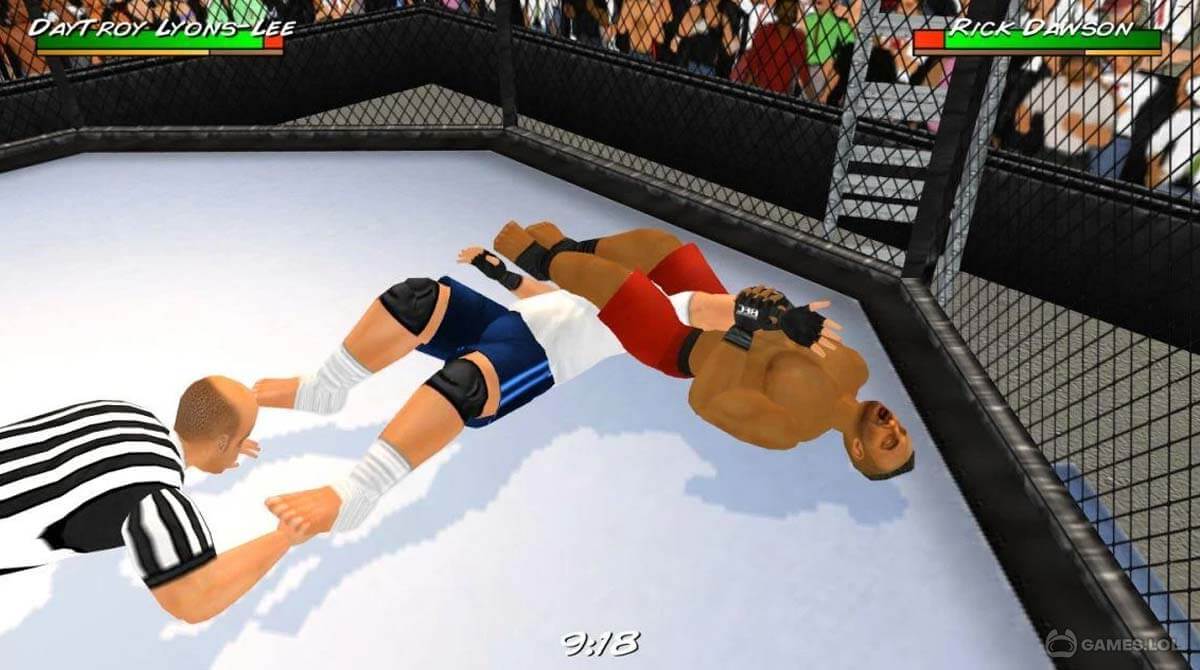 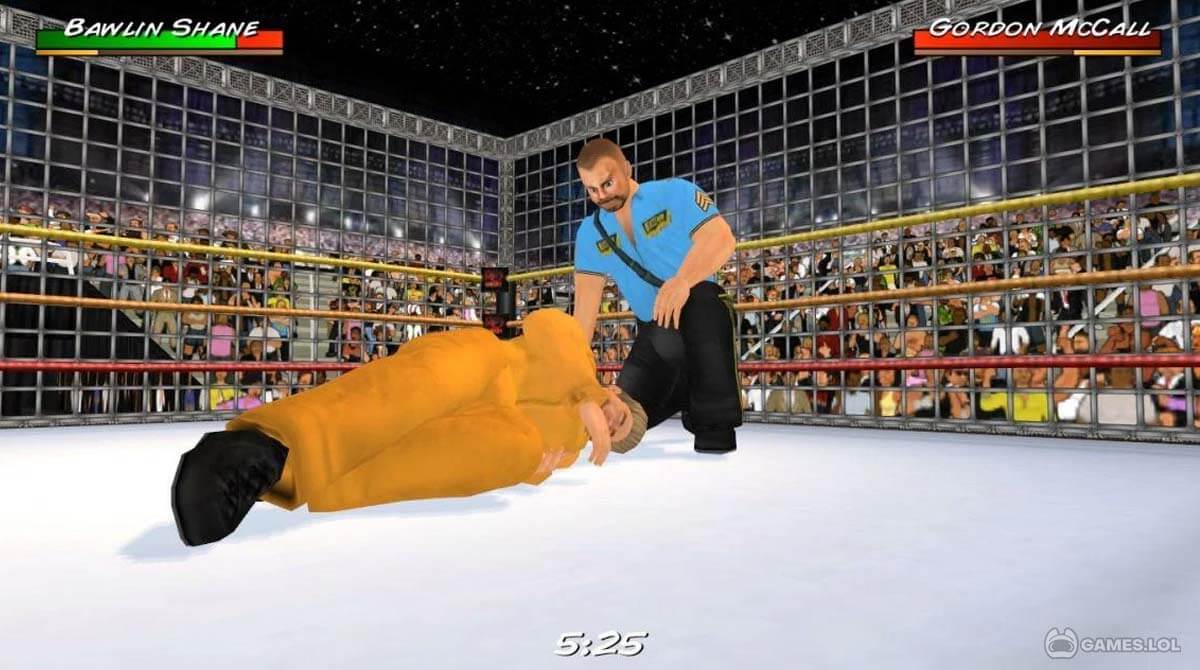 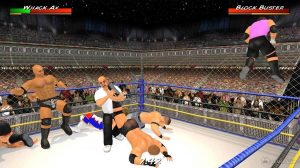 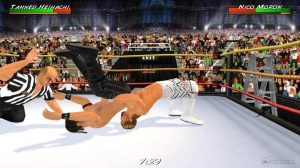 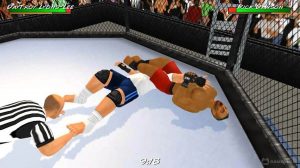 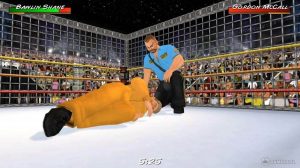 Wrestling Revolution 3D online is heavily inspired by popular World Wrestling fights you see on TV. In this 3D Wrestling game, players can take control of dozens of different wrestlers and take part in various events. These events or special fights could up the ante by including special types of rings, cages, and many more!

The game offers an interactive training process where you will learn your first moves. Controls are fairly simple and easy to learn in the Wrestling Revolution 3D game. You have the option to hit, grab, pick up random objects in the ring, run into the ropes, dodge, and more.

In this game, both the career and business aspects of the wrestling world are featured. Players can choose to play either a wrestler or a bookie. If you choose to play as a wrestler, you don’t just fight in the ring, but you also have to manage contracts, negotiate, and schedule a calendar of matches just like pro wrestlers do!

On the other hand, players can also play as a bookie and learn how the wrestling world works behind the curtains. You will be working backstage promoting matches every week for ratings. So if you really want an immersive and realistic experience with the wrestling entertainment world, play Wrestling Revolution 3D now!

There are loads of special events throughout many international circuits that you can choose from. There are events where players have to fight up to 20 various players in a battle royale-like mode. Of course, there are also classic 1 on 1 matches where you will be pitted against a strong player.

In addition, you can organize dream matches by using a Backstage Pass to place your favorites against each other. You can put up to 20 wrestlers in rings of any shape or size for your dream matches!

Wrestling Revolution 3D is a great wrestling game with tons of content to offer. And if you are thirsty for more sports games, check out Mega Punch – Top Boxing Game and Football Strike – Multiplayer Soccer.