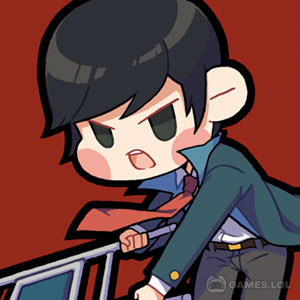 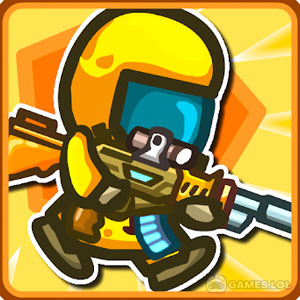 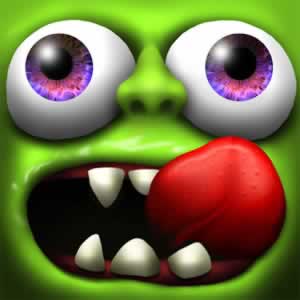 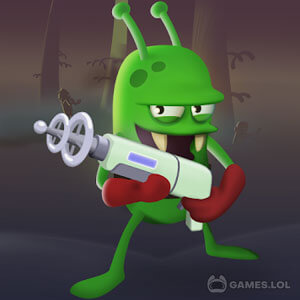 In this action-adventure game, Planet Earth is once again invaded by hordes of the undead. In this crisis, two intergalactic businessmen, A.J. and Bud, decide to build a business empire. Their business aims to rid the Earth of zombies while profiting from their sweet juices. So get started by choosing an array of weapons and traps for hunting! Capture and juice all sorts of zombies and profit off of them here at Zombie Catchers.

Your goal is to capture hordes of zombies by hitting them with a harpoon or by setting up various traps. Once you capture them, you can start making zombie smoothies, candies, and snacks. As you earn profits in Zombie Catchers, you can expand your business by maximizing production. Aside from that, you can unlock new weapons to catch and kill zombies with!

As businessmen in the middle of a zombie infestation, you are hitting two birds with one stone. That’s because you are making Earth safe again for the living. And aside from that, you get to earn from it too! Zombies are the bread and butter of your business, so it is important to catch a lot of them!

Once you get zombies, drag them to your secret production lab and make juices, candies, and snacks from them. You can even start a food business and develop new recipes to increase production and maximize profit! So go help A.J. and Bud grow a zombie-based business in Zombie Catchers. You know you want to!

The best thing about Zombie Catchers? You can play this game offline! No WiFi is necessary, enjoy the game anytime and anywhere! And if you want to try some new Action Games for free, there are tons of games you can try such as Zombie Guard and Swamp Attack! Check them out now.