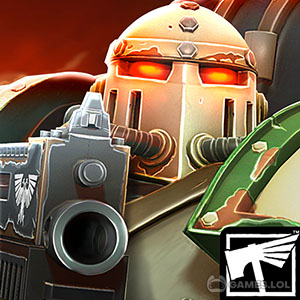 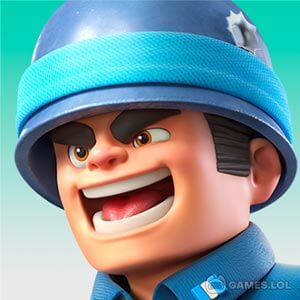 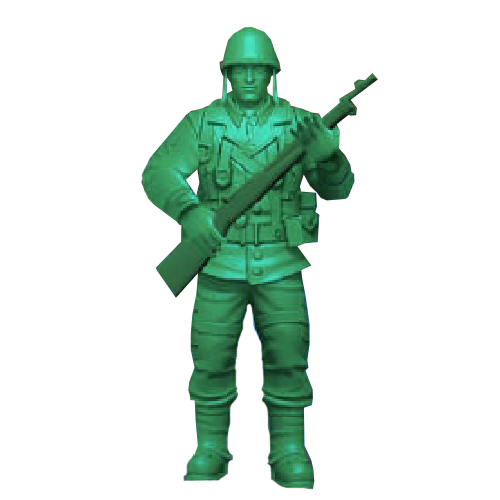 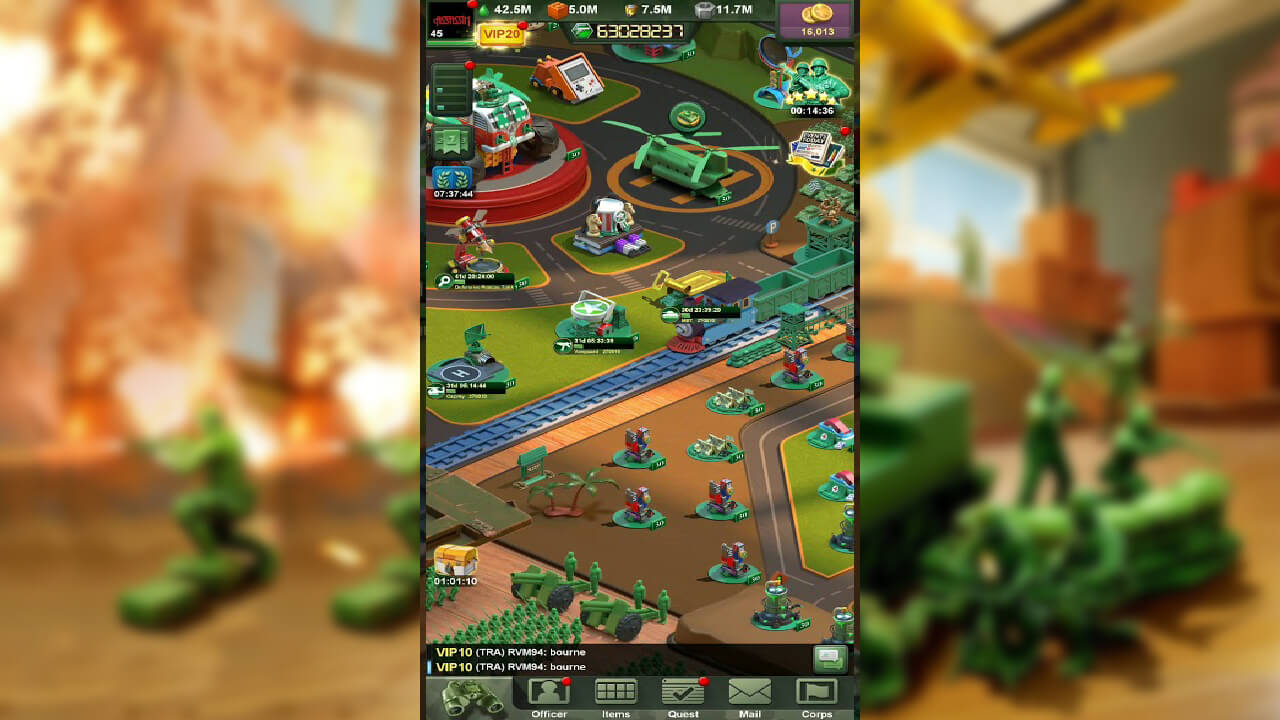 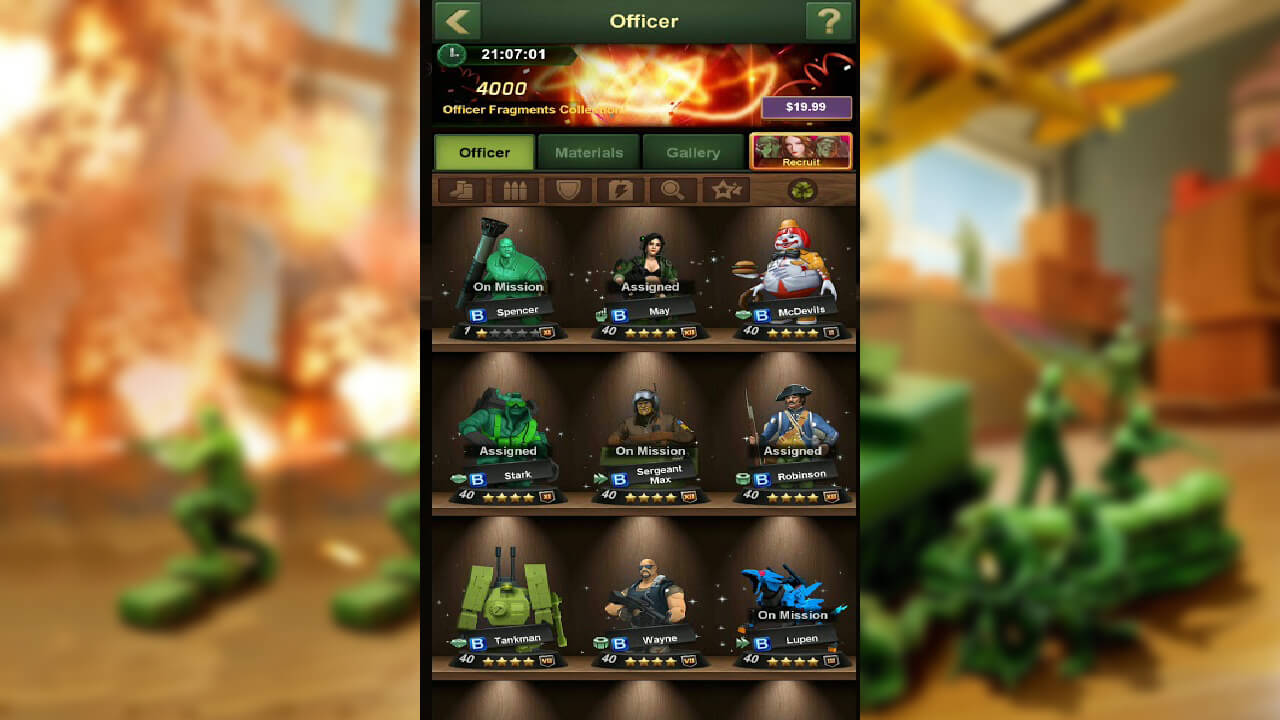 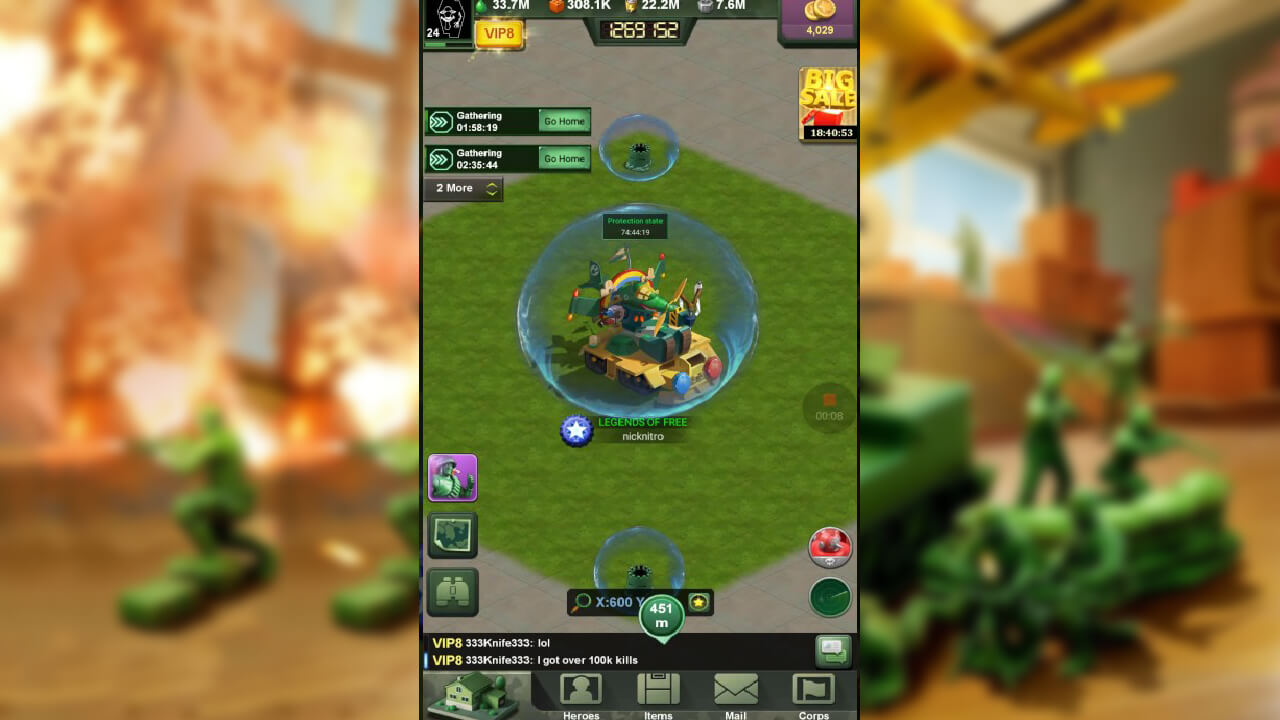 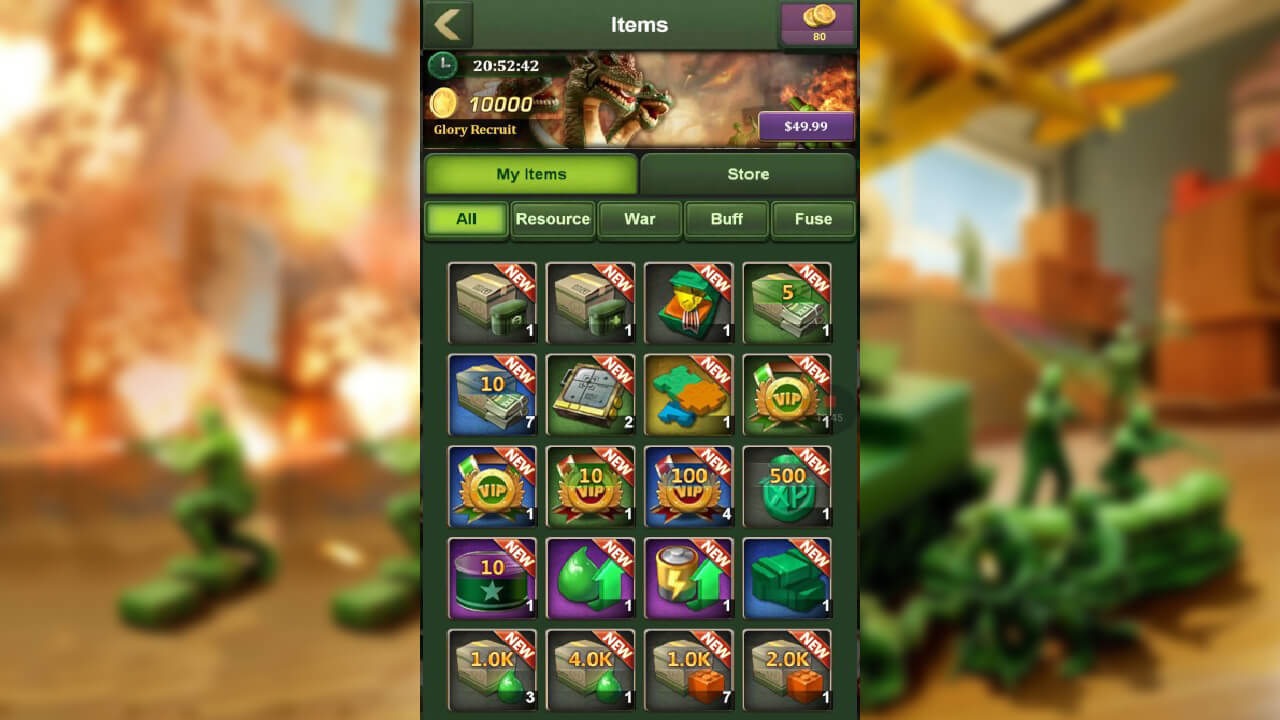 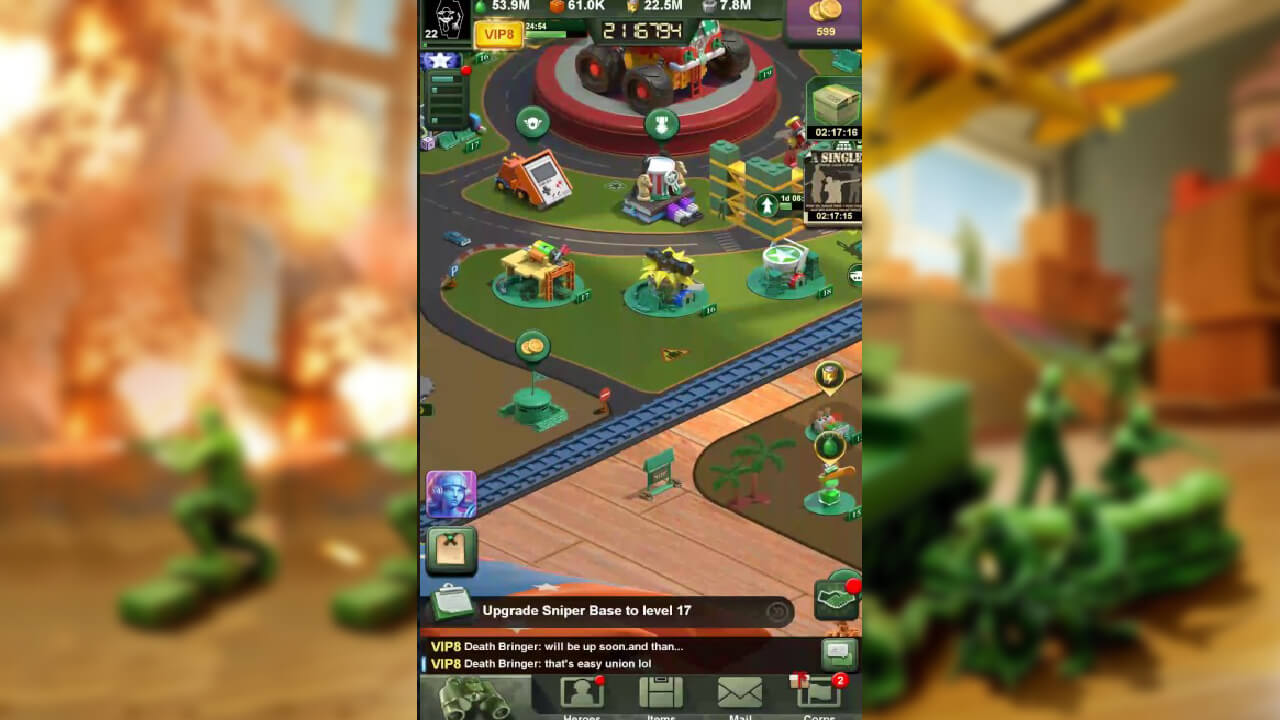 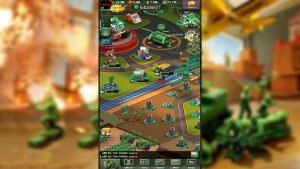 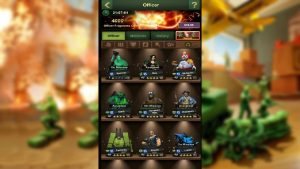 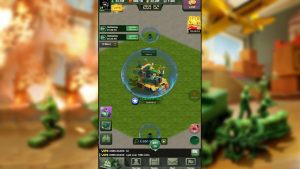 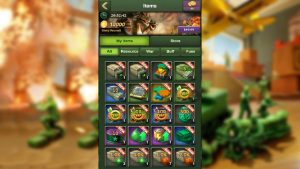 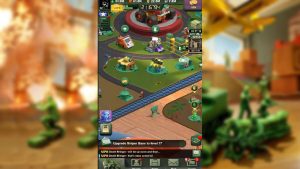 Welcome to Army Men Strike—a game where you can upgrade your artillery, trucks, copters, commandos, and other strong units. Fight against the Evil Army while having solid control of the toy units. Get resources and accomplish your objectives from your PC. Become the best commander on the battlefield by building the ultimate base. Gather your friends and create the greatest alliance that can dominate the world of army men.

Army Men Strike is a military-inspired strategy videogame where players can construct mini bases and deploy toy warriors. Players should engage in the battle against thousands of internet players from across the world. Indulge in epic combat between the toy soldiers, and engage in an intense fight along the game. The game develops through building a society with increasing economic needs and can be played either alone or as a member of a player-led group called the Corps. Like in many city construction games, upgrading requires longer building durations and higher resource costs. However, these needs can be slashed by using certain speed boosts and power-ups.

The good news is, the Army Men Strike game has been updated. You can now deploy defenses, defend your base from intruders, and play the thrilling Tower Defense game mode. The game is also separated into two server types: The Honor Server and the Classic Server. Each server comes with its own set of playing modes and primary tasks. The two types are separated and differ in several ways, including the availability of officers, cross-server events, and battlefield maps. So if you are looking for a fun strategy-based game for PC, play Army Men Strike. All you need to do is click the download button provided on this page.

Army Men Strike begins with a short intro that will transition into the main tutorial. As usual, you need to pay attention to the main tutorial for a smooth gaming experience. As for controls, the game employs a point-and-click system that is perfectly compatible with your mouse. Although the gameplay may look easy at first glance, this is still a strategy-based game. So, it can be challenging for those without a plan of attack.

Moving forward, one thing you should keep in mind is that in Army Men Strike’s world, you are represented by the Commander. A commander is the most important role in the game. Although they appear in the plot missions and quests, they are more visibly present in the upgrades and powers. These factors directly affect the player’s progress. With that in mind, you should keep an eye on the level of your commander before anything else. Doing this will ensure the survivability of your army.

Check Out These Explosive Game Features:

Explore Mini Militia Doodle Army 2 and Army Commander for more strategy games similar to the one on this page. Also, feel free to click the games tab here on EmulatorPC for more video game genres.