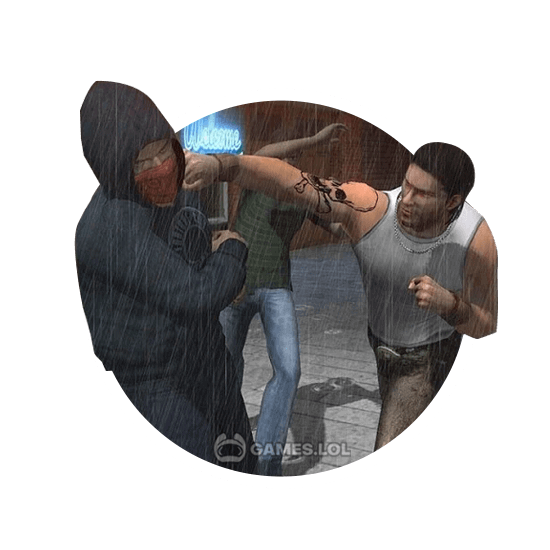 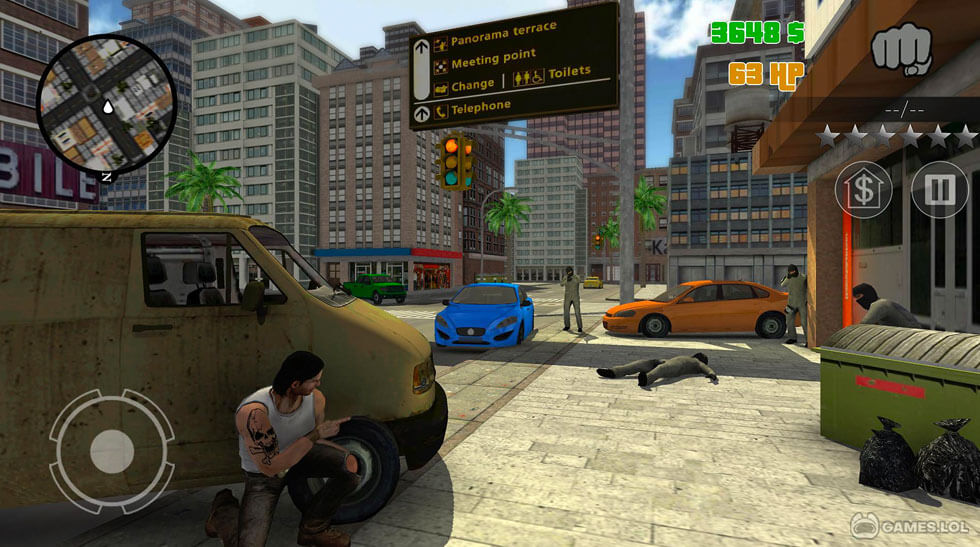 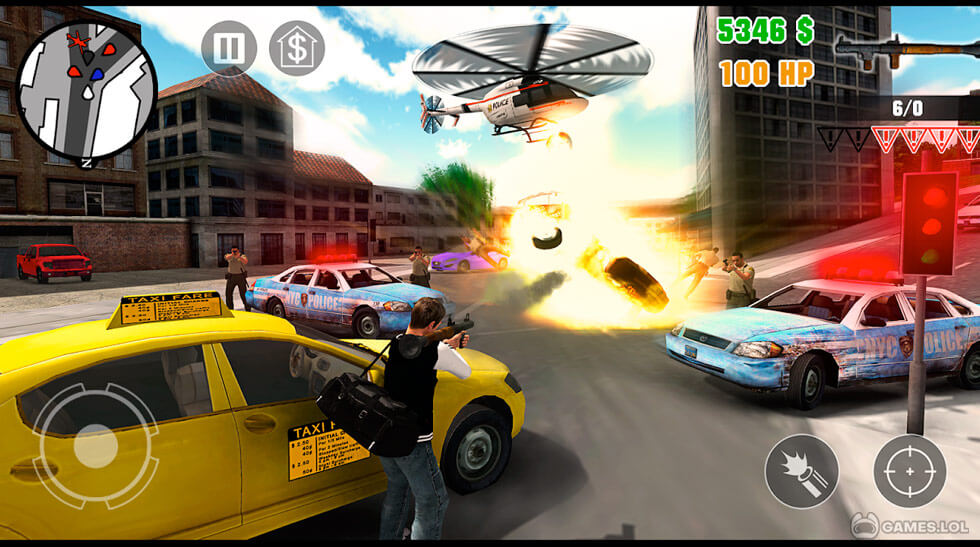 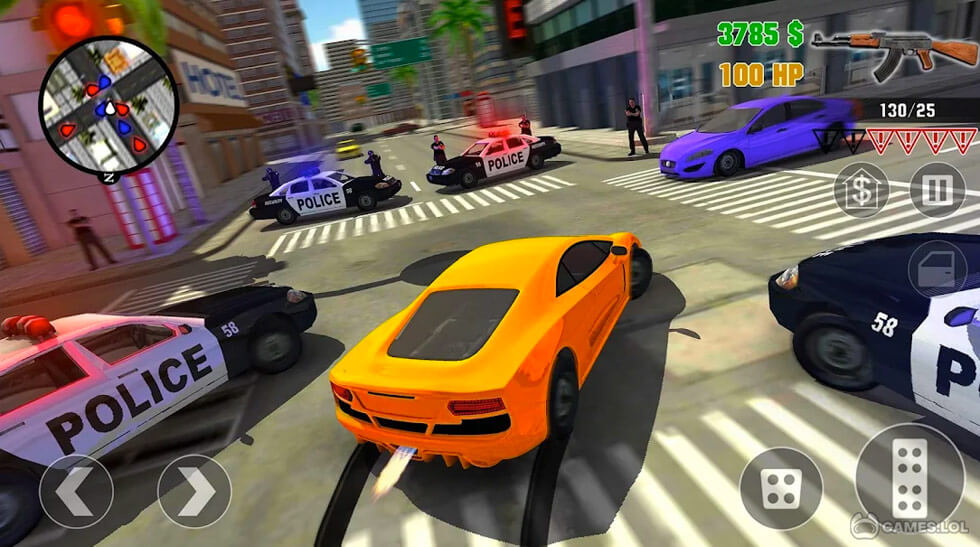 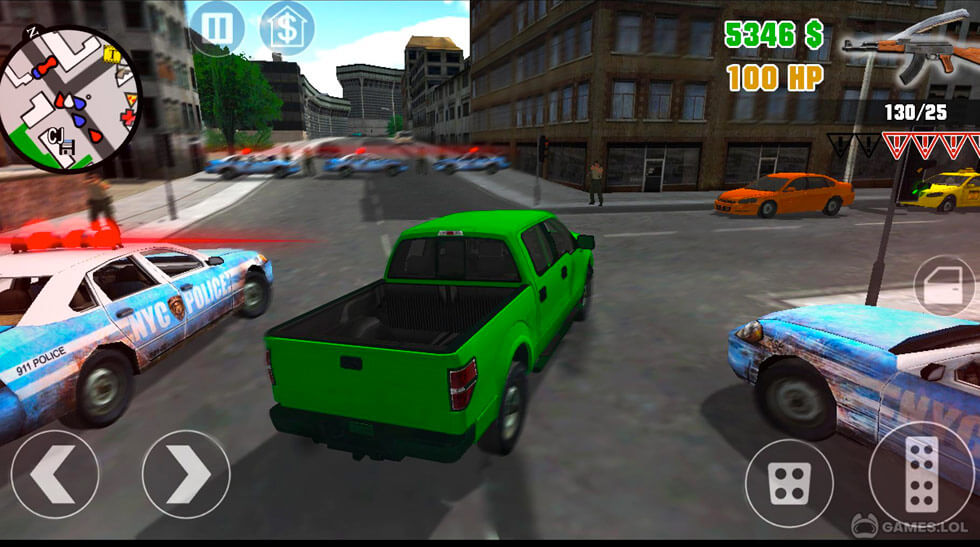 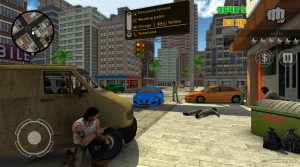 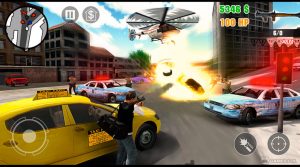 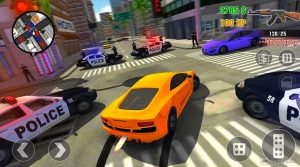 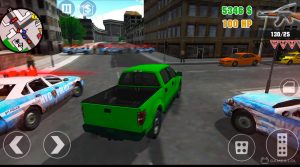 Be amazed by the astonishing features of the dark and mysterious underworld of Mad City. Download the Clash of Crime Mad City War Go on your PC now! Now, with a lot of characters to choose from, get ready to go on a wild adventure and explore the ruthless and sinister world of crime. Download the PC version now!

Become the most wanted person in the town by double-crossing the mafia and deceiving the police. Prepare to make trouble and to get away from pursuing cops using a different variety of vehicles. Likewise, steal muscle sports cars, pick-up trucks or even helicopters to carry out your dangerous missions. In order to earn money, get ready to obey orders from the mafias, steal other people’s’ vehicles and go in between gangster rivals. At the same time, you can also make use of insane weapons like powerful arsenals and other equipment. Or better yet, just make use of your bare hands to fight off your enemies in order to survive.

In Clash of Crime Mad City War Go, Jason is a young man who lives in the Ghetto for 10 years. He is constantly struggling to find money for survival. After some thought, he decided to change his life.  But his brother asked him to do one last deal for the last time. Unfortunately, he was deceived by his own brother and he now becomes entangled in the dark and dangerous world of Mad City. In order to stay alive, he must complete tasks given to him by his cousins. Ultimately, the main goal is to avenge the main boss of the Cartel in Mad City by joining into the mafia and make sure to stay alive.

Play countless hours in high-definition quality resolution. Similarly, get immersed with the visually stunning graphics, remarkable characters, and various vehicle models. Clash of Crime Mad City War Go also comes along with a thief simulator and a customization traffic frequency. Admire the huge urban area of the Mad City and explore the beach and swamps until you get to see a glimpse of the Ghetto. Sure enough, this is one of the most perfect digital cities ever made.

Download Clash of Crime Mad City War Go free desktop game and experience a dangerous and dark world. For action games, why not check out Fastlane: Road to Revenge or FATAL Driver GT.