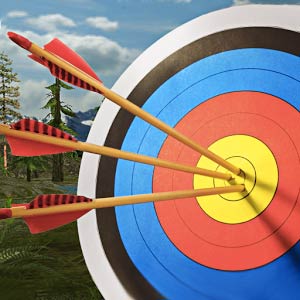 Experience the ultimate football-spinoff game straight from your PC with Flick Shoot 2 from the video game development studios of MobileCraft. Join the millions of football fans currently hooked up with this amazing game. Explore multiple game modes including competitive online battles swathed in the latest 3D graphics engine.

Flick Shoot 2 is the better version of the highly acclaimed game of the same title. It features major improvements in terms of audio-visual presentation. Thanks to the latest 3D graphics engine embedded within its core, players can enjoy seamless, fast-paced, accurate, and immersive free-kick matches. That, however, is just half of what makes this game better than its predecessor offers in the area of presentation. As the PC game comes with astounding physics paired with realistic animation in both ball and characters.

In terms of challenges, the PC game download comes with a decent selection of game modes for both single and multiplayer. Experience a diverse selection of solo brackets made up of Arcade, Time Attack, Not Miss, Challenge, Dribbling, and Practice. In addition, are two competitive online modes made up of Multiplayer and Tournaments. Not to mention the various missions and mini-games that comes with huge rewards.

The free desktop game also comes with its own customization option to help you establish your own unique identity. Choose from a diverse collection of items that range from the character’s physical appearance, jersey, shoes, and football. Try out Flick Shoot 2 today free of charge and experience foot like never before.