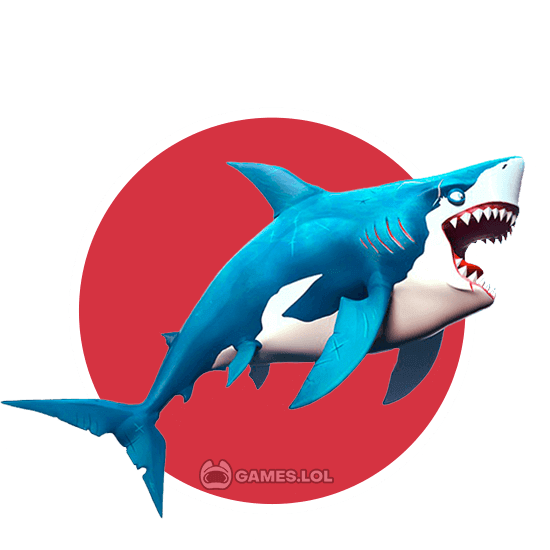 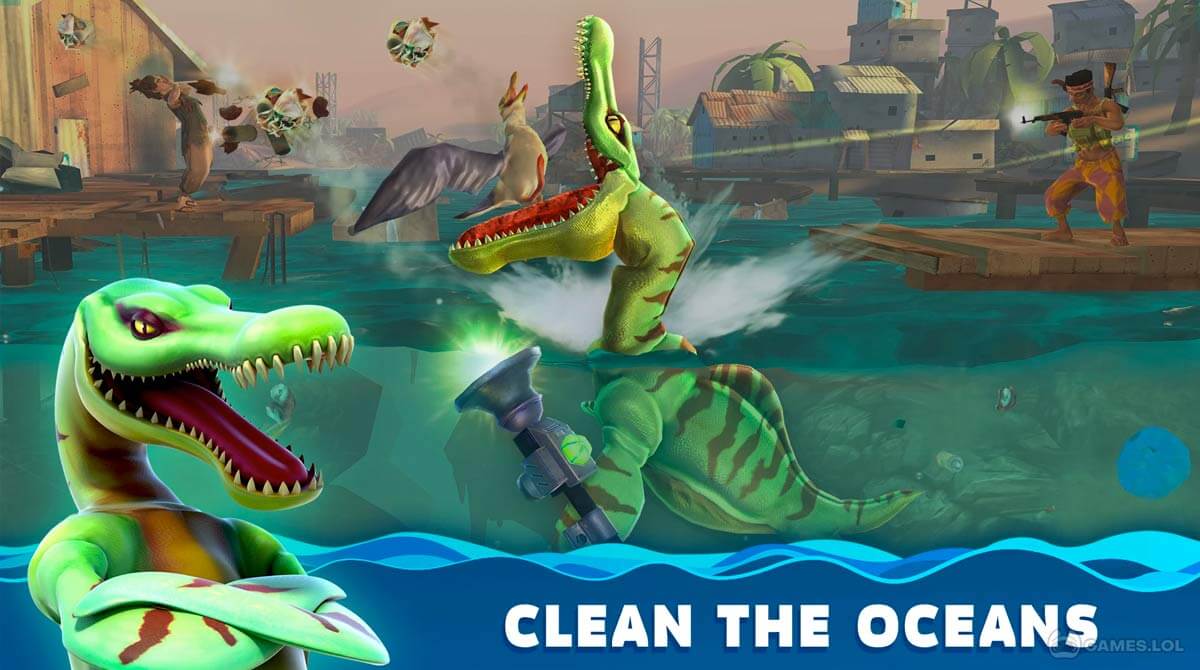 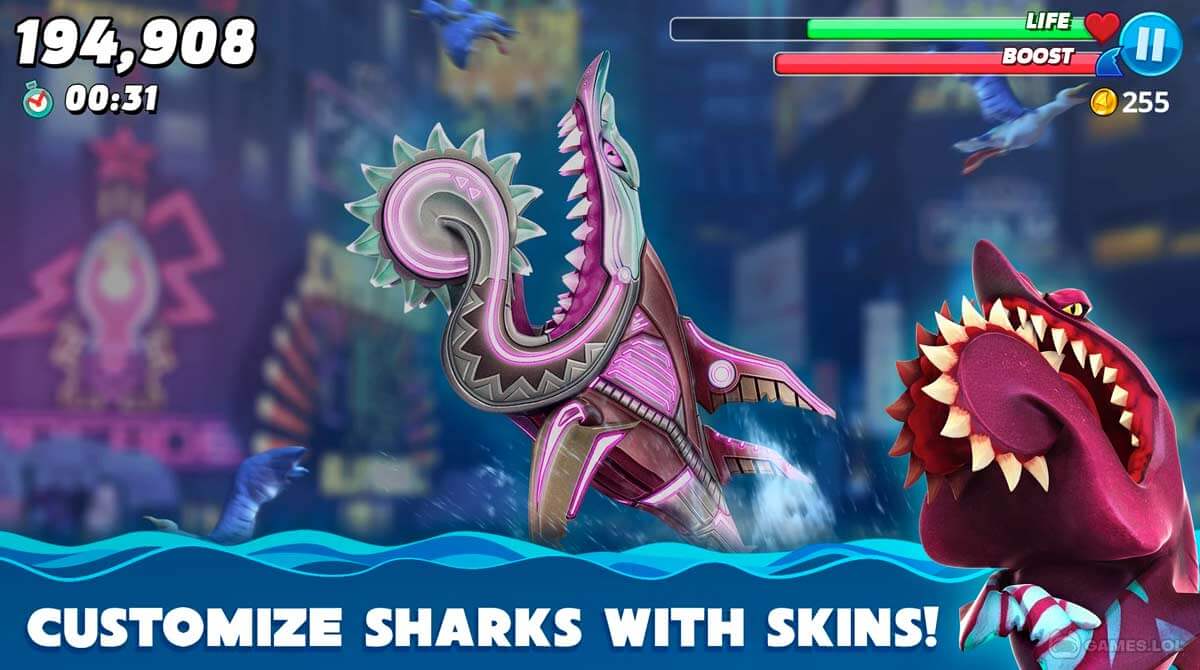 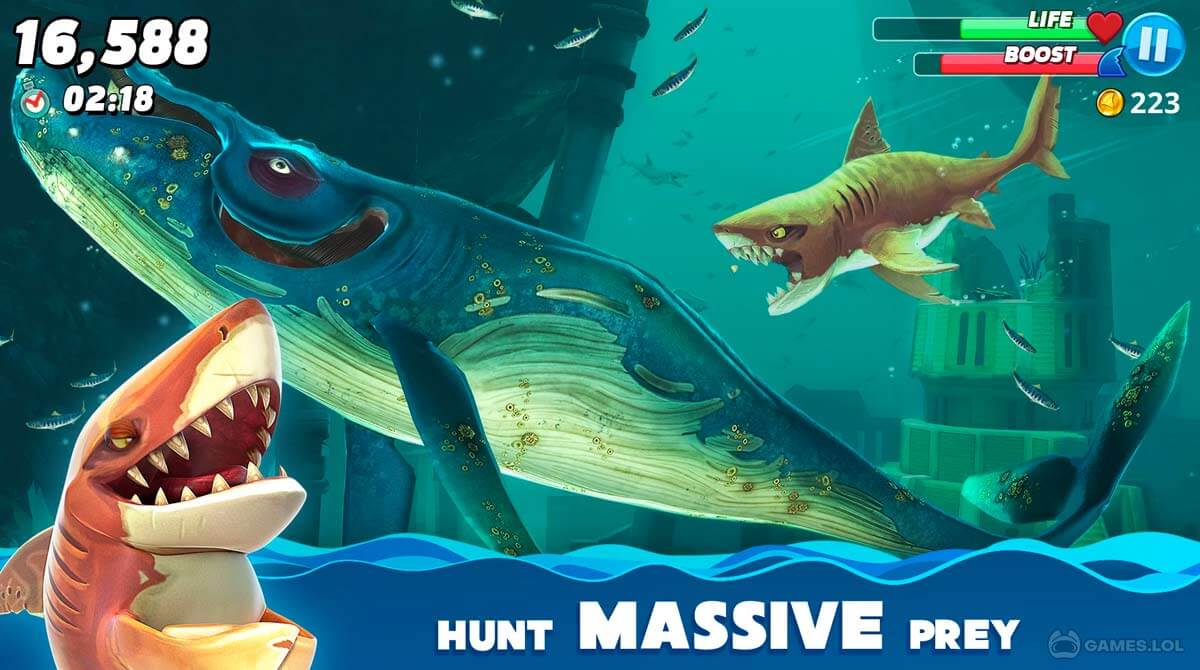 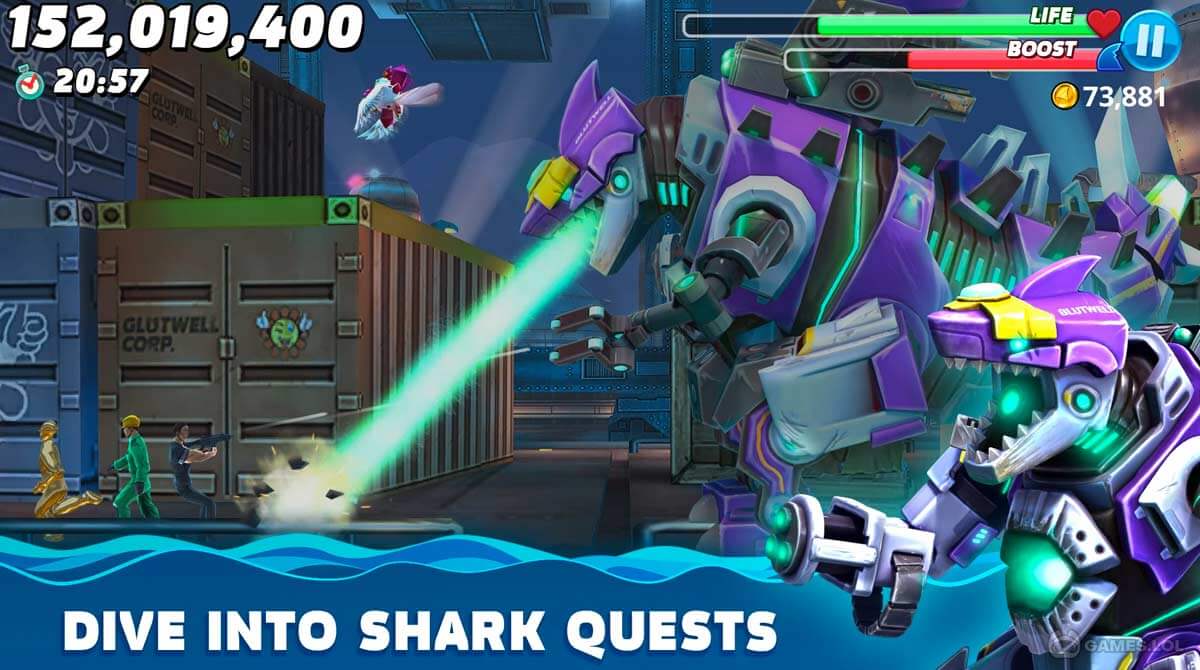 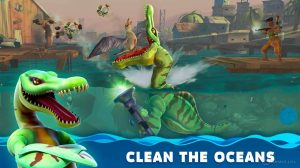 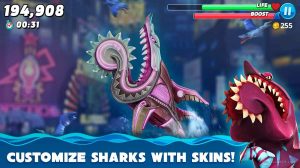 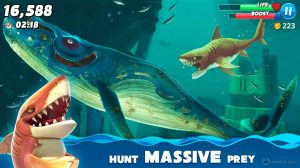 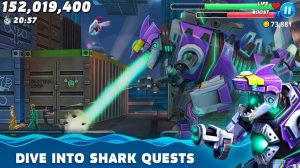 If you’re not satisfied with Hungry Shark Evolution, then you must not miss playing the more prominent and extreme shark game called Hungry Shark World PC. In this arcade game, you need to control a badass hungry shark and eat everything you see on the ocean to maintain his life.

Published by the same developer of Hungry Shark Evolution, the Ubisoft Entertainment, Hungry Shark World PC is a crazy game that will surely blow your mind. Here, you’ll get a chance to take nonstop feasting adventures on various oceans while letting your hungry shark swallow everything he sees on his way.

Similar to the previous sequel of Hungry Sharks, Hungry Shark World allows you to control a hungry shark who wishes to eat anything to become stronger and bigger. But, what sets this game apart from its sequels is that your shark is now equipped with sharp teeth and a vast mouth and can actually eat any size of sea species.

In Hungry Shark World PC, your starving shark can eat more than 100 various animals in the sea, such as small fish, big fish, and even boats and tourists! Here, you just need to control the shark by clicking it.

But, because this game features a badder shark, you’ll be surprised that the shark will jump into the shore to attack humans who are currently sunbathing. Once this happens, make sure to place your shark in the waters to avoid a shortage of oxygen that can cause your shark to die. Also, don’t let your shark come across jellyfish, laser sharks, or other poisonous fish that can kill him or affect the performance of your shark.

In Hungry Shark World PC, you can freely choose from eight distinct shark size tiers available. There are a total of 38 shark species available, and each species depicts unique eating abilities and strengths. Moreover, you can choose from more terrifying and more extensive types of sharks. You can actually be “The Great White” shark that’s known to be rare.

Like the previous installment, once your shark becomes more extensive, you can eat significant prey and become more destructive. Though the gameplay revolves around the terrifying hungry shark, you’ll surely find the game adorable. You’ll realize that when your shark is already equipped with funny rockets.

Another remarkable feature of Hungry Shark World is that it enables your hungry shark to travel on various beaches. Some examples are the Arctic Ocean, Pacific Ocean, South China Sea, and the Arabian Sea. With the game’s excellent graphics, you’ll definitely appreciate the appearance of the beaches as they’re more realistic.

Are you an immensely fanatic of arcade games? Well, you’ve come to the right place. We offer loads of fun and exciting free arcade titles that will surely fit your preferences. For your quick options, you can check out games like My Diggy Dog and Tap the Frog here in Games.lol!