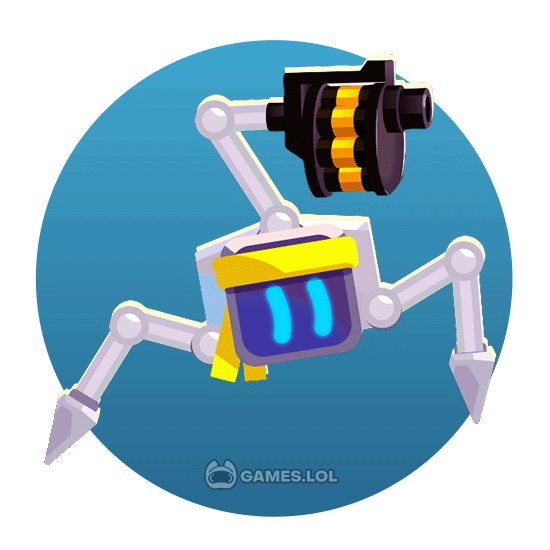 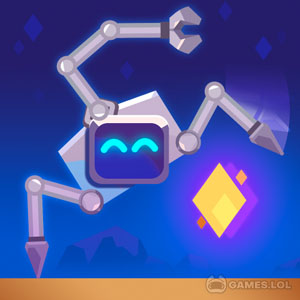 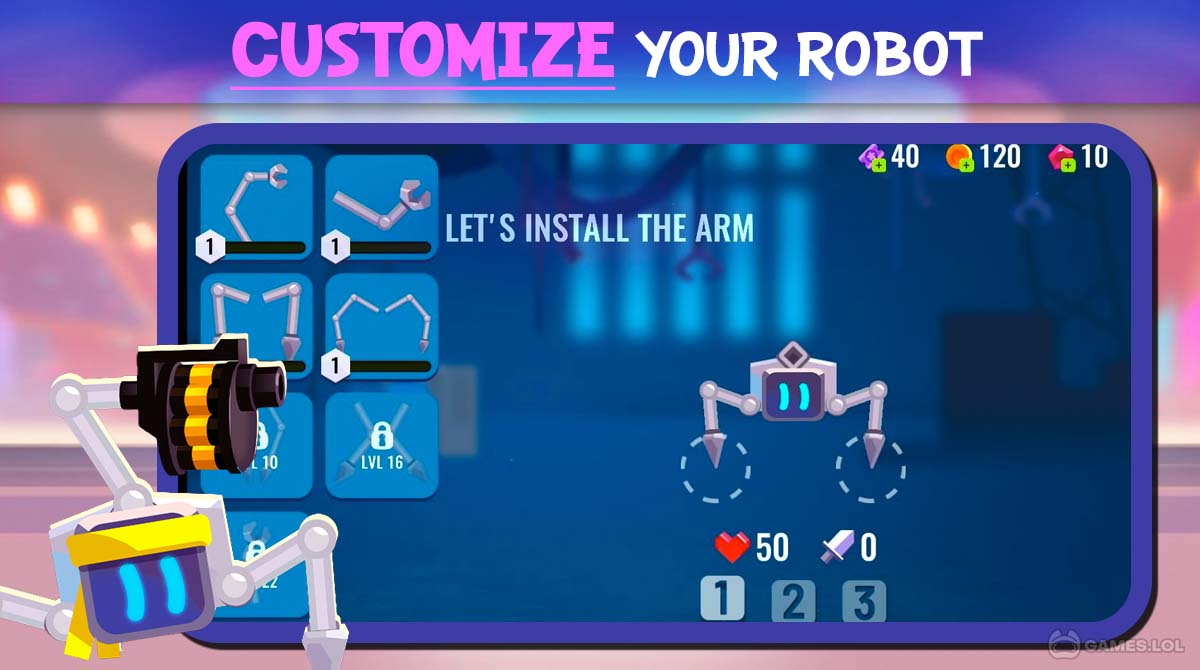 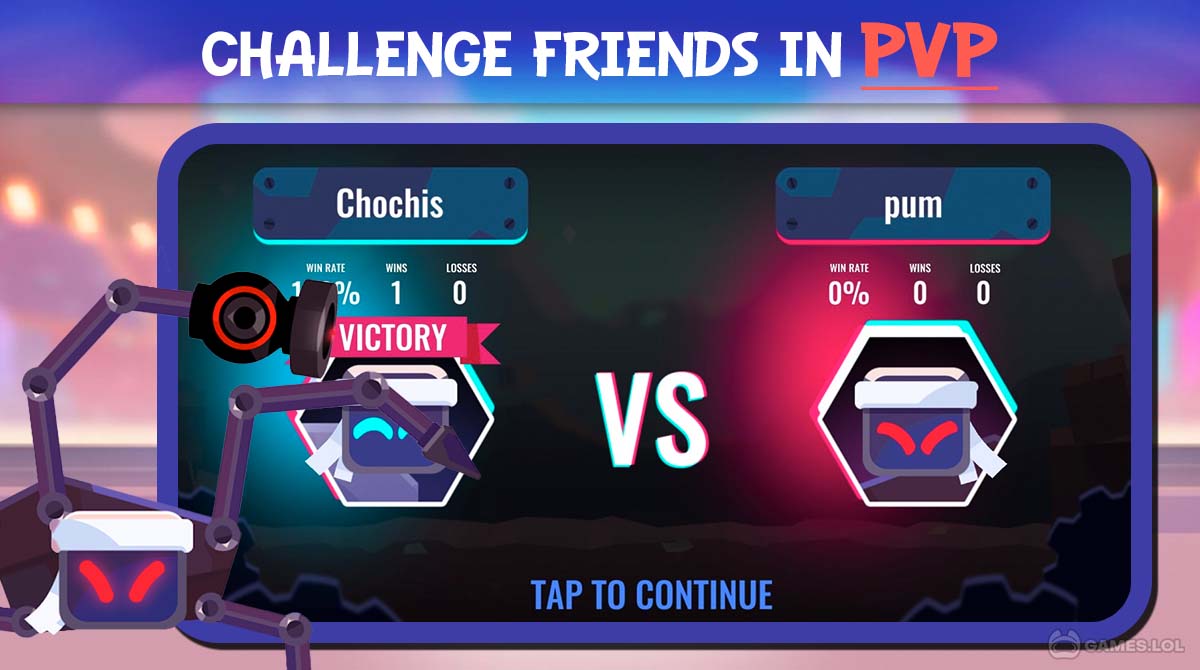 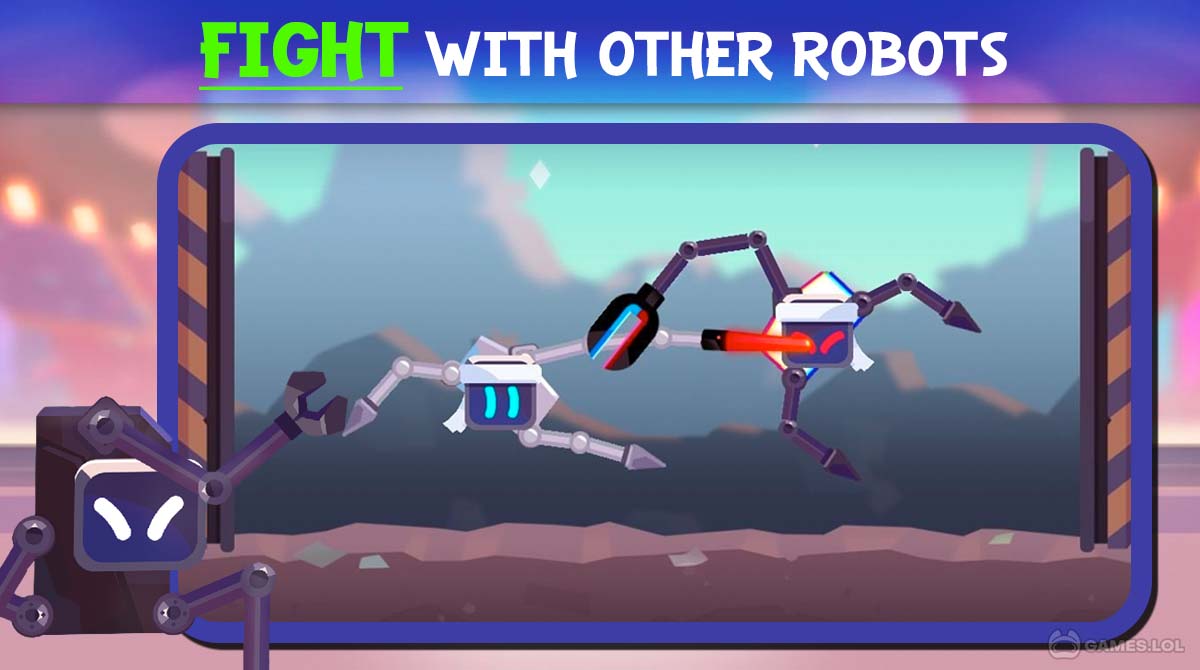 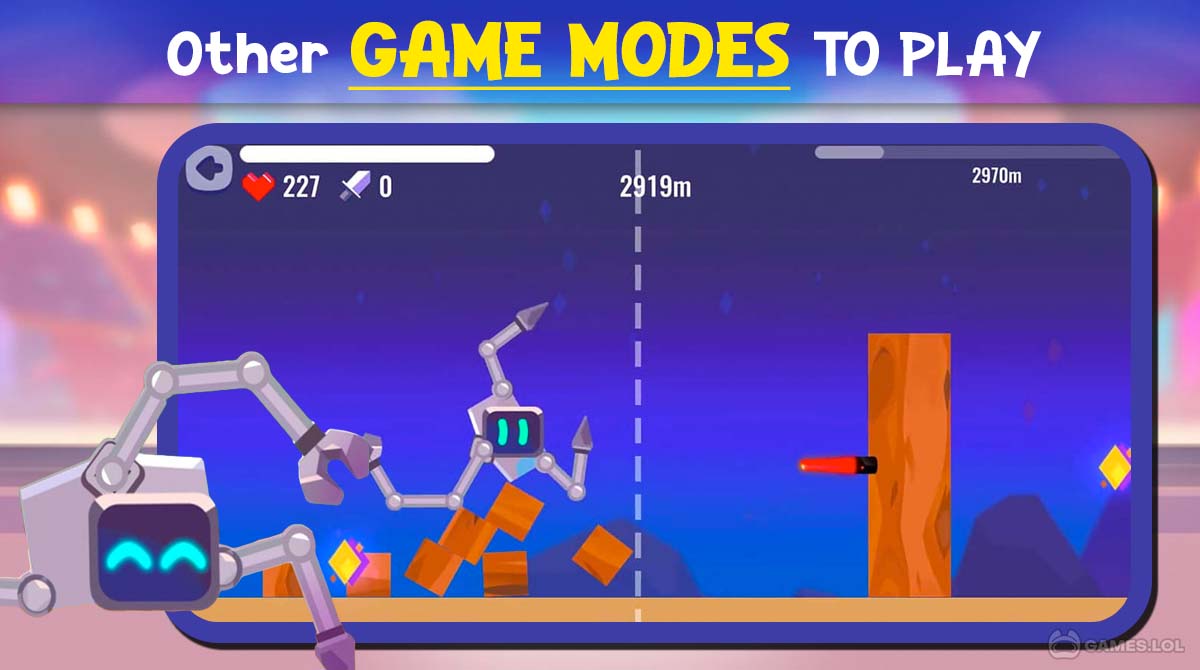 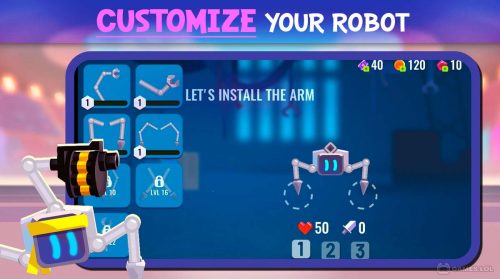 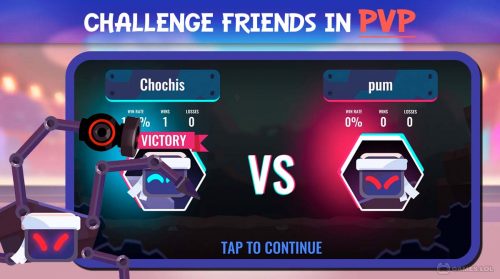 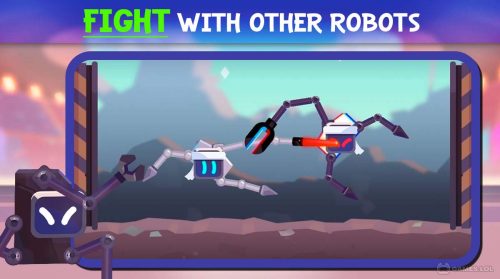 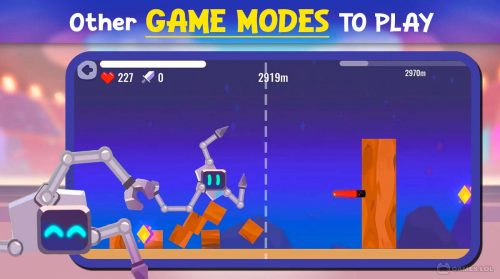 There are no fights that make us feel more exhilarated other than watching robot battles. Take, for example, watching movies like Man of Steel or Transformers. If you want to experience it more straightforwardly, you better start playing Robotics! This action game takes you into an interactive robot fighting where you can compete against other robots.

Teach Your Robot to Fight

Robotics! is a multiplayer robot action game published by Zeptolab. This game introduces you to a type of fight about robots. If you are looking for a robot fighting game to start playing, you come to the right place. You are not just fighting against other robots managed by opposing players, you can also put them into training. The game allows you to teach your robot the necessary movements and skills to elevate its fighting skills.

At first, the game controls can be a bit intimidating. But you should not worry about that. Using the Games.lol platform, you are qualified for smooth gameplay. Enjoy teaching your robot the basics of fighting, whether of what you already know or by suggestions. Strategize every step to defeat your opponent to dominate the robot fighting sphere.

Robotics! offers you a gratifying robot-fighting gameplay experience. It would be exciting given that it is a trend in some movies you have already watched. But this game immerses you in simple scenarios. Rather than fighting with a big robot with complicated moves to follow, you fight with smaller ones. However, don’t think this game is easy; you will be dealing with realistic movements. The gameplay shows intuitive physics, which will also be intuitive for you as a player. Strategize your fighting style with your robot’s design and the game environment.

You can play Robotics! by entering each game mode. Single-player mode allows you to fight against an AI robot. This is easier as you will not compete and craft strategic ways to outsmart the opponent. However, the multiplayer mode allows you to compete with other online players. You should create an effective strategy in this mode as your opponents can defeat you if you don’t have any. To gain more advantages, you can customize your robot with powerful weapons. Doing so will allow you to fight your opponents effectively.

You can now play Robotics here in Games.lol today to experience robot battles. If you are fond of playing action games, check out Smash Champs and Iron Snout – Fighting Game.