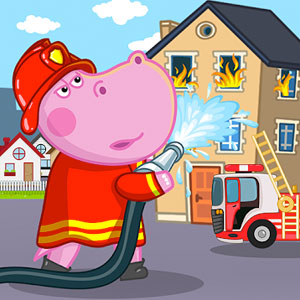 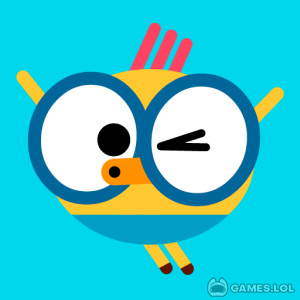 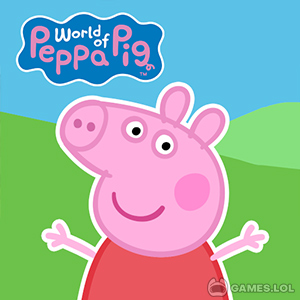 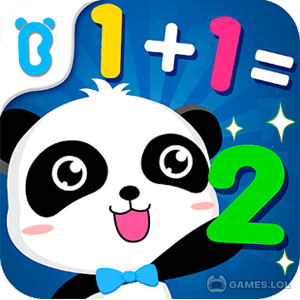 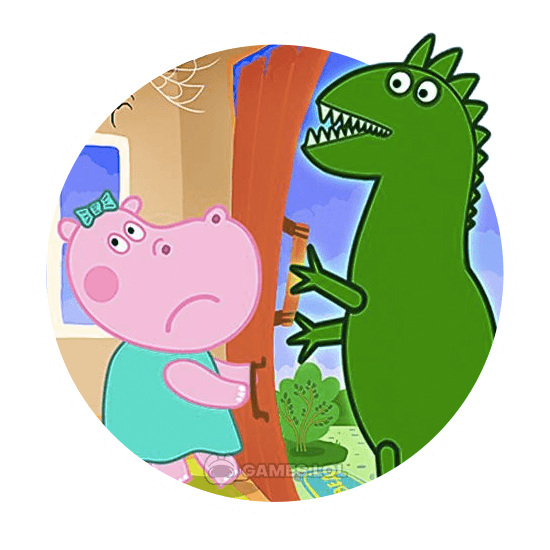 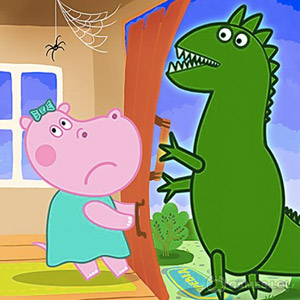 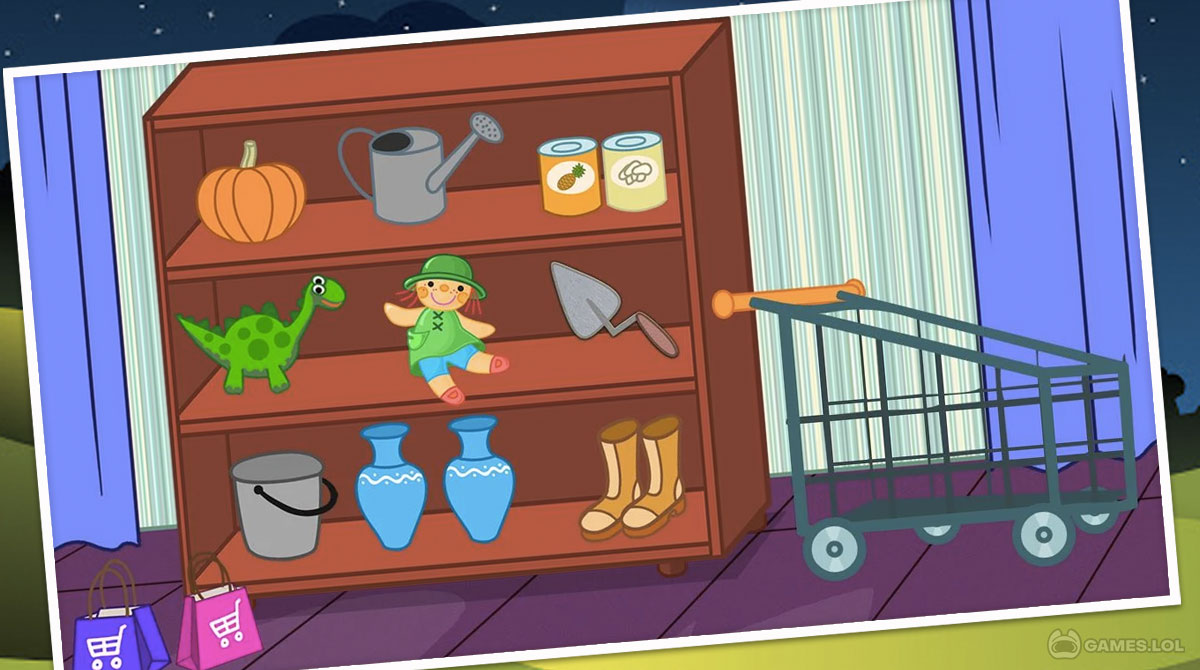 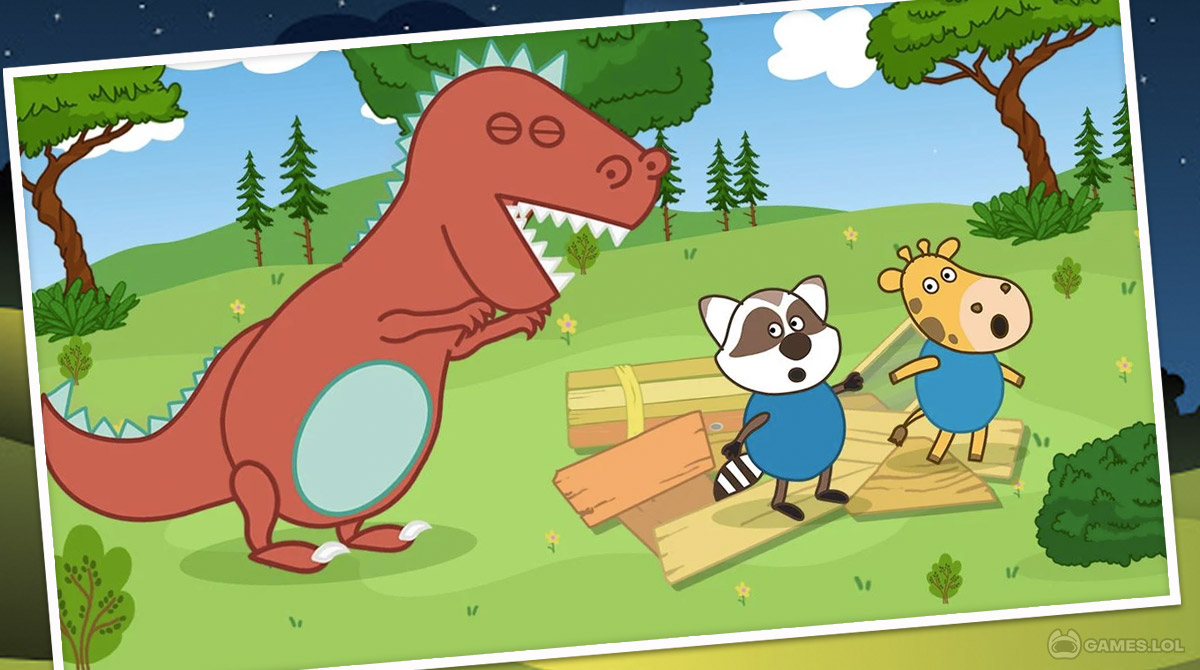 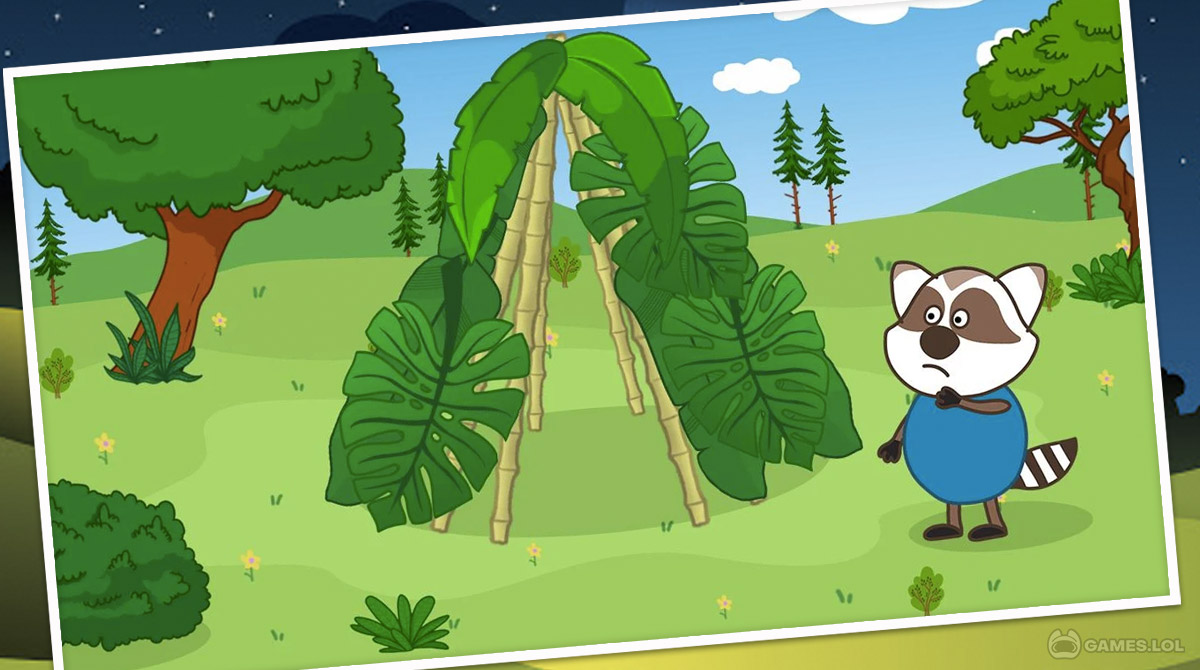 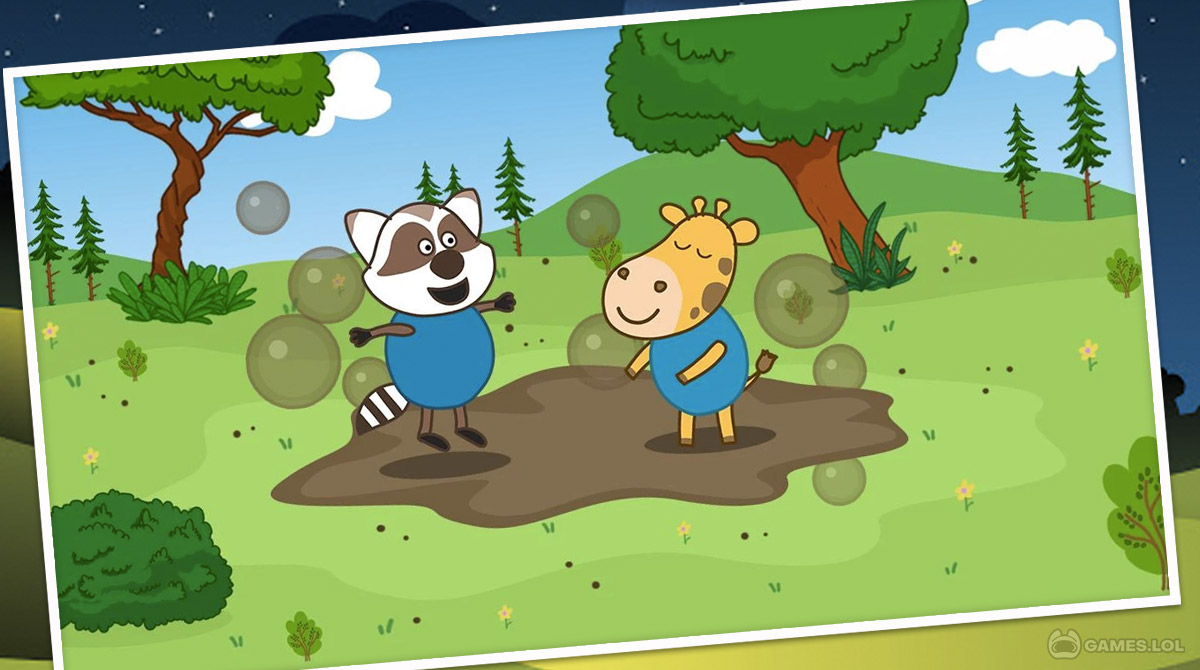 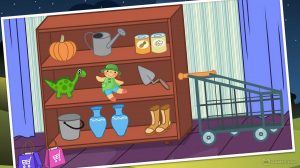 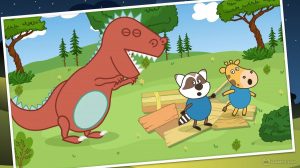 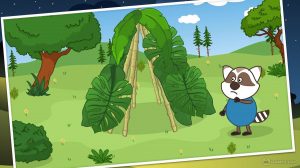 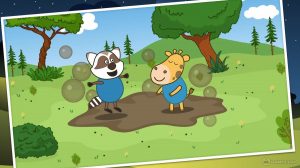 Can you remember the tale of the three little pigs? In the classic story, there are three pigs who decided to move out of their parents’ home and live on their own. Agreeing to build their own houses, they ventured out into the world.

One pig decided to build a house made of straw. The second pig thought wood would make good material for a house. The last one had bricks in mind. Of all the three houses, only the brick-made structure survived the huff and puff of the big, bad wolf.

That is how the fairytale goes. But in this adventure game, there are a couple of twists. Follow Hippo and her friends as they retell the classic story of the three pigs. Instead of the pigs, her friends are the heroes in the story. And instead of the big, bad wolf, they have to deal with a large toy dinosaur.

In this highly engaging game, join Hippo and her friends as they gather around the campfire, telling stories and fairytales. One of their stories they retold was based on the classic tale of the Three Little Pigs. But to make it more interesting and relatable, Hippo cleverly remade the story, changing some details to include her friends and their cuddly toy.

Instead of just having the three daring and adventurous pigs, Hippo included her friends as among the heroes in the story. And instead of a lone angry wolf, the story’s heroes had to fend for themselves against a large toy dinosaur, which is cute and non-threatening in a way. So take part in the challenges in the game’s story. There are plenty of tasks to do, including building a house made of bricks to protect them from the dinosaur.

Wondering what happens in this action adventure? Follow Hippo and her friends as they explore the remade version of the classic fairytale. Play Three Little Pigs free! Then check out other Casual Games for download on PC, like Toon Blast and Flying Arrow!